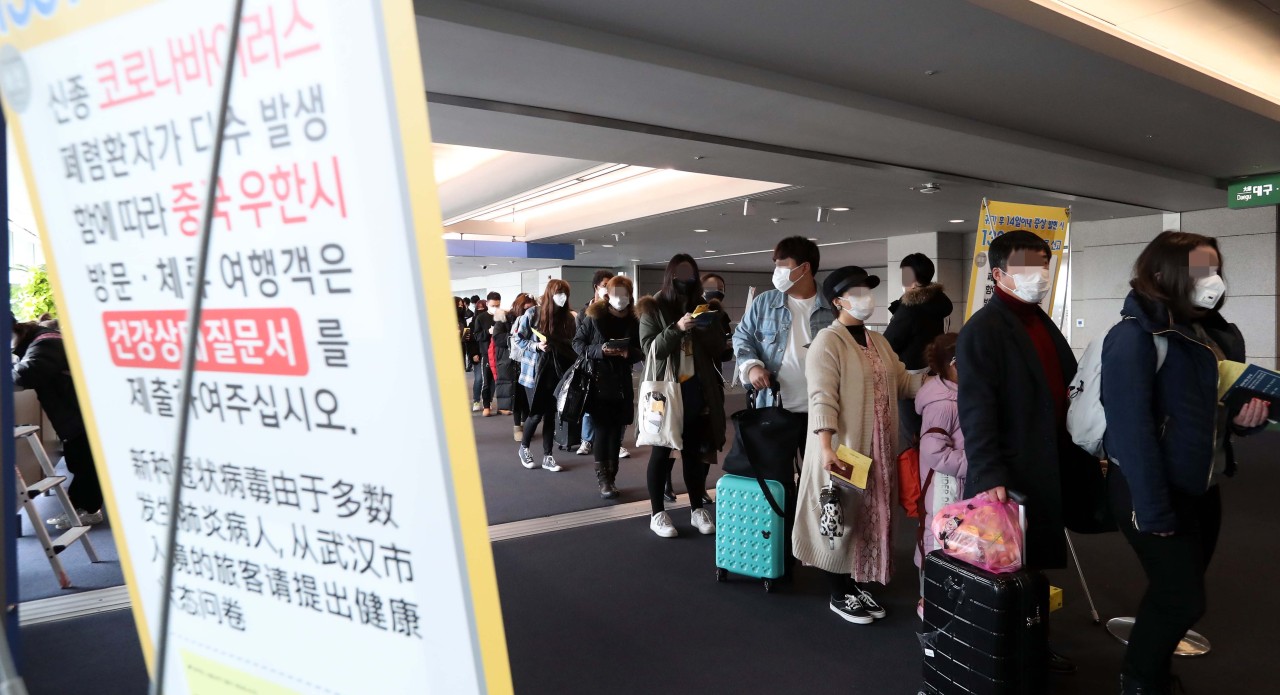 (Yonhap)
South Korea on Wednesday confirmed two more cases of the novel coronavirus, bringing the total here to 18, with one of the latest cases involving a patient who had returned from Singapore amid concerns over the illness spreading from countries other than China.

The Korea Centers for Disease Control and Prevention (KCDC) said a 38-year-old South Korean man who recently visited Singapore for work and came into contact with an infected Malaysian tested positive for the virus.

The country's 17th case was informed that one of the people he had contacted in Singapore was infected with the virus, so he visited a clinic in South Korea on Tuesday and was confirmed to have contracted the illness, according to the public health agency.

The agency said that it has contacted counterparts in both Singapore and Malaysia to determine how he contracted the virus.

The 18th case is a 21-year-old South Korean woman who is the daughter of the country's 16th patient, who returned from a trip to Thailand on Jan. 19 but moved freely for around two weeks before being diagnosed with the virus.

Of the confirmed cases in South Korea, three are believed to have been infected during stays in countries other than China.

South Korea's 12th case is of a 48-year-old Chinese man who worked as a tour guide in Japan and could have been infected by a Japanese associate.

On a related note, South Korea remained cautious about expanding entry restrictions to people arriving from countries other than China.

Public health authorities said that it will consider the move based on various factors, including more detailed test results from the cases believed to have been infected in countries other than China.

Starting Tuesday, South Korea has been implementing entry restrictions on those arriving from China as the country struggles to fight the potentially fatal disease amid concerns over its further spread.

With the 16th patient suspected of infecting her daughter at a clinic in Gwangju, 330 kilometers south of Seoul, those who have been in contact with the 42-year-old South Korean at the facility, including medical staff, were placed in quarantine for close observation.

The KCDC said it is tracing the steps of the country's all confirmed cases to determine where they went and the people they may have met, amid growing concerns over further human transmission.

Since Jan. 3, the public health agency has screened 714 people and quarantined 174 people for detailed checks for the novel coronavirus. Some 950 who might have come into contact with infected people are in self-quarantine and monitored carefully for signs of the illness.

The KCDC said that as of early Wednesday, the virus that is thought to have originated in Wuhan, China, has claimed some 480 lives, while infecting over 23,000 people in 27 countries. (Yonhap)