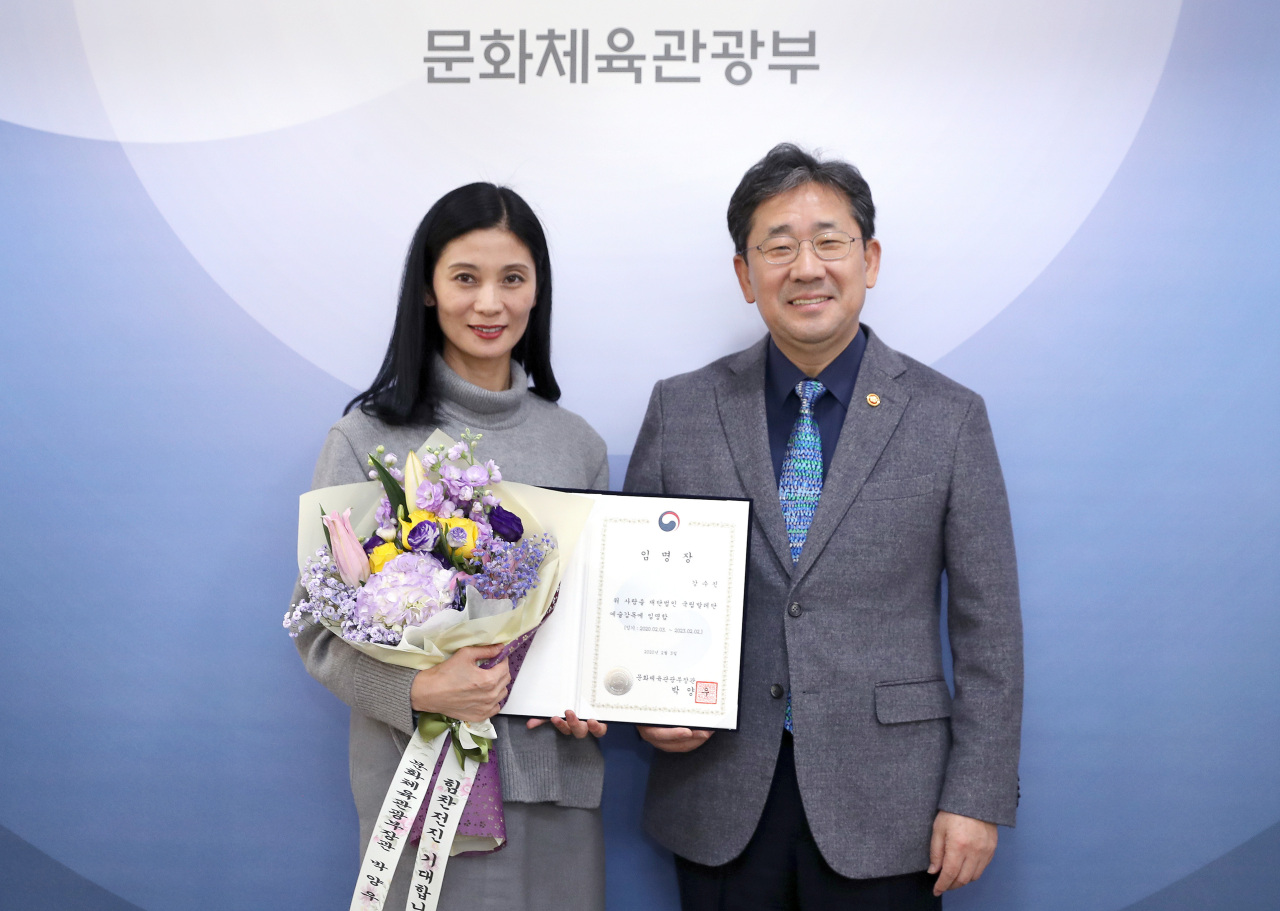 Culture Minister Park Yang-woo (right) and Kang Sue-jin (left) hold up a letter of appointment at a ceremony held Monday at the Sejong Government Complex in Sejong City, marking Kang’s reappointment as artistic director of the Korean National Ballet for the next three years. (Ministry of Culture, Sports and Tourism)

Kang Sue-jin has been reappointed as artistic director of the Korean National Ballet for the next three years, her third term after first taking the post in 2014.

“We expect Kang to continue to interact with well-known national ballet groups and choreographers abroad to improve the level of our national ballet company. We also hope she will create original pieces based on Korean traditions for the development of Korean ballet,” Culture Minister Park Yang-woo said in a statement.


The Culture Ministry highlighted Kang’s influence in making ballet more popular among the public, selling up to 95 percent of the seats at KNB performances. She was awarded the “Best Audience Award” from ticket booking platform operator Interpark in 2018 and 2019.

Kang’s effort to achieve financial stability at the state-run ballet company through sponsorships and creation of the original production “Hoi Rang,” which premiered in May 2019, were also recognized.

The former ballerina studied with Marika Besobrasova at the Academie de Danse Classique in Monte Carlo. In 1986, Kang became a member of the Stuttgart Ballet, where she was appointed principal dancer in 1997. In 2016, she retired as a dancer with a performance of “Onegin” with the Stuttgart Ballet.