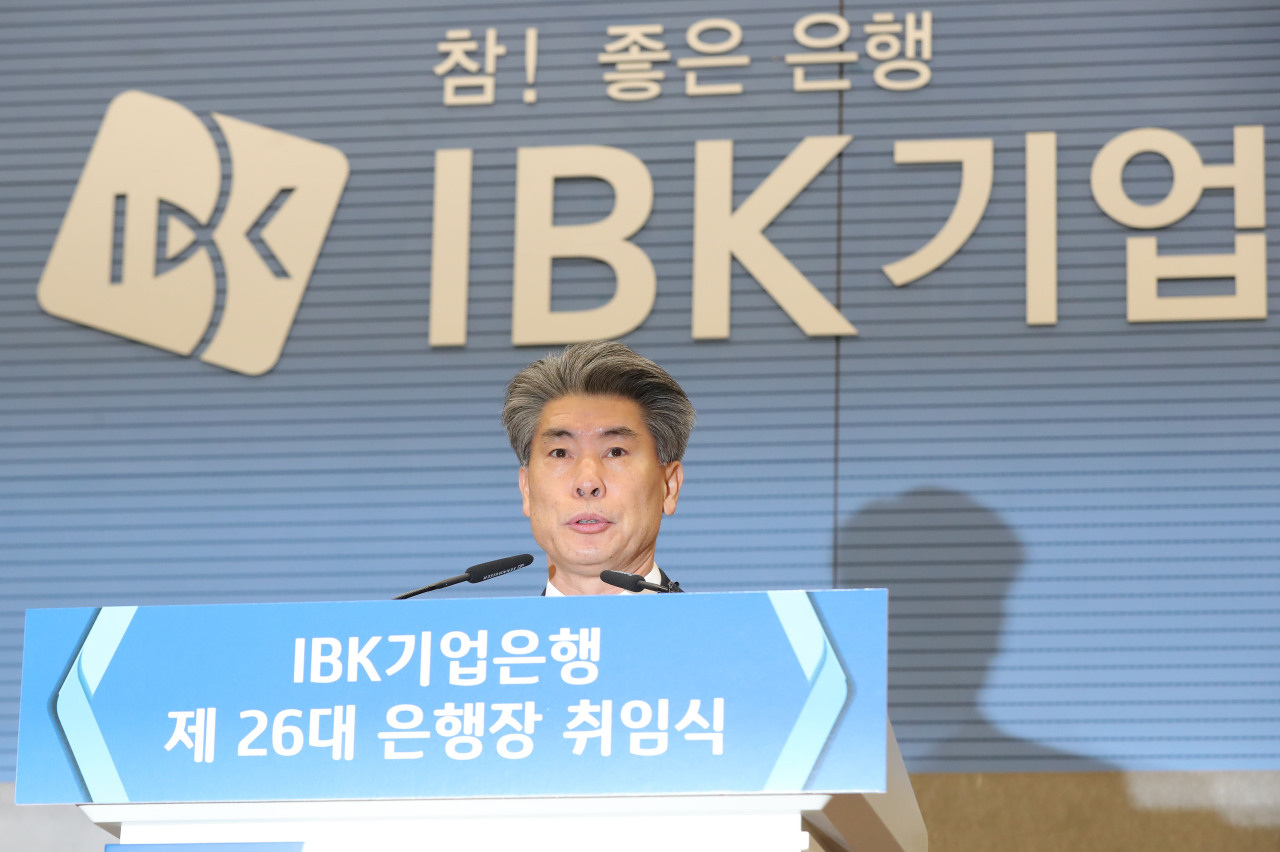 New IBK CEO Yoon Jong-won delivers his inaugural speech at the bank’s headquarters in central Seoul on Wednesday. (Yonhap)
The head of the Industrial Bank of Korea officially took office Wednesday after nearly a month of being unable to enter his office in the face of fierce protests from the labor union, which objected to the government’s influence on financial organizations.

After reaching an agreement with the labor union to improve management transparency, IBK CEO Yoon Jong-won had his inauguration ceremony Wednesday, vowing to turn the state bank into a world-class financial institution that upholds ethical values and fairness in management.

“I will work hard to make IBK a top-notch financial group with global competitive edge. I will enhance its competiveness through finance innovation and sound management. To do so, I’ll make an innovation organization,” Yoon said at the ceremony at the bank’s headquarters in central Seoul.

Stressing the importance of trust, ability, personality and systems, Yoon said he would improve the management performance evaluation system and ensure that staff members are rewarded fairly. The new chief also mentioned the importance of having a customer-centered attitude and upholding ethical practices to retain customers’ trust.

The former senior presidential secretary for economic affairs was appointed to the top post at IBK early this month, but couldn’t begin work with the union members standing in his way. 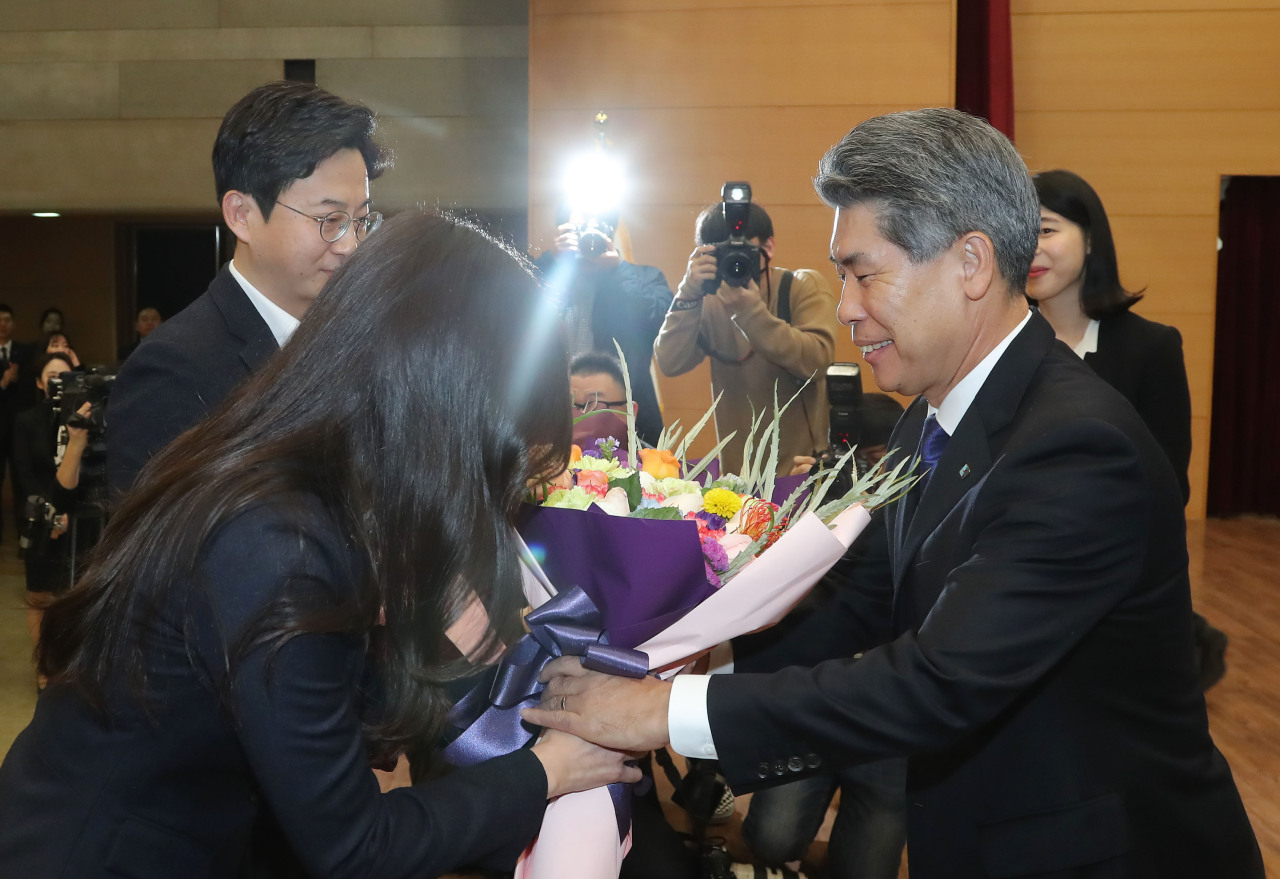 New IBK CEO Yoon Jong-won (right) receives a bouquet from a staff member at his inauguration ceremony, at the bank’s headquarters in central Seoul on Wednesday. (Yonhap)
This marks the longest period that a CEO of a financial institution has been unable to enter his office. KB Kookmin Bank’s former CEO Lee Kun-ho was obstructed for 14 consecutive days upon his appointment in 2013. Lee, who was appointed in a similar top-down manner under the Park Geun-hye administration, also met with union resistance over government involvement.

IBK union members have consistently asked Cheong Wa Dae, the government and the ruling party to engage in dialogue, despite President Moon Jae-in’s insistence that the government has the authority to decide the state-run bank’s leadership.

Seeking a breakthrough, Yoon reached an agreement with labor on Tuesday to improve transparency in the process of the government’s appointment of an IBK CEO and to enhance labor’s role in decision-making.

The head of the state-run bank is appointed by the president upon the recommendation of the Financial Services Commission chairman. Yoon is the first outsider appointed to the post in 10 years. Other CEOs have been appointed from within the bank.

Yoon’s first official engagement will be a visit to IBK ChangGong at the bank’s Guro branch in southwestern Seoul -- a platform that provides selected startups with free office space; mentoring from experts; and patent, tax and legal services -- and its first foster firm, Allt. He then will give a pep talk to the staff of the Guro branch.