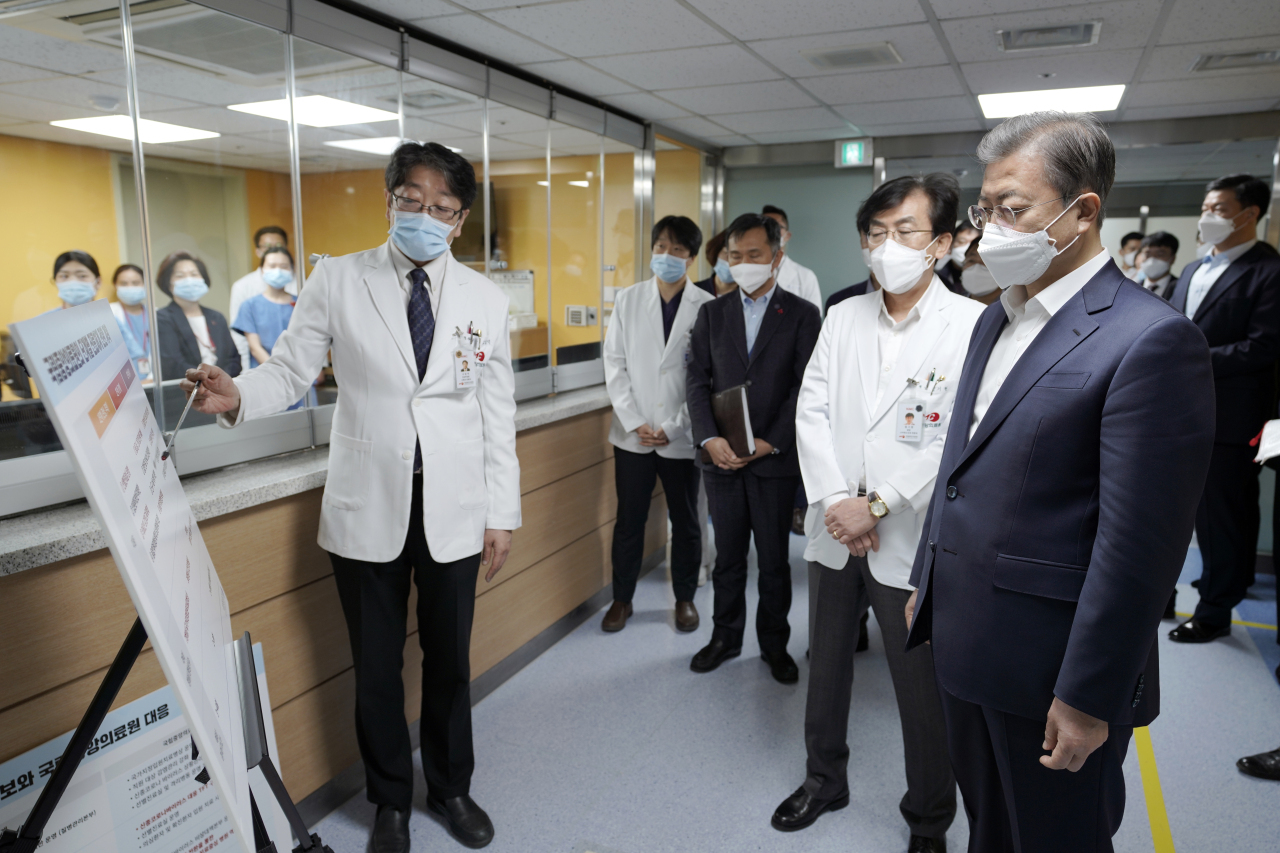 [1] South Korean nationals in Wuhan, China, will be flown back to the country on four chartered flights this week as part of Seoul’s response to the coronavirus outbreak.

[2] “About 700 Koreans in Wuhan have expressed hopes to return, and chartered planes will be sent on Jan. 30 and Jan. 31,” Second Vice Minister of Foreign Affairs Lee Tae-ho said Tuesday.

[3] He added that the dates of the flights may be changed, depending on the ongoing negotiations with Beijing.

[4] Lee said the decision was made in light of medical facilities in the
Chinese city reaching saturation point and Beijing’s decision to shut down flights out of the city.

[5] Koreans returning on the flights will be quarantined as a preemptive measure against the virus spreading in Korea. The facilities to be used have not been determined yet, and the government is considering using training facilities for civil servants.

[1] North Korea is on high alert to contain the spread of the Wuhan coronavirus and is stepping up quarantine efforts, as the deadly respiratory virus that originated in China continues to spread across Asia and the world.

[2] Pyongyang’s official newspaper, the Rodong Sinmun on Tuesday said the government has taken emergency measures to prevent the virus from spreading in the country, as it shares a border with China. The newly identified respiratory virus has killed over 100 people in mainland China as of Tuesday, and infected more than 4,000 people around the world since it first emerged in the city of Wuhan in December.

[3] North Korea, however, has yet to report a confirmed case of its own.
According to the report, health authorities have been dispatched to all regions across North Korea to promote public hygiene, while the government has stepped up quarantine efforts at borders, ports and airports to prevent “the virus from entering the country.”

[5] Health authorities have been medically monitoring those who traveled abroad. They have also prepared a quarantine system, if a suspected case is detected.