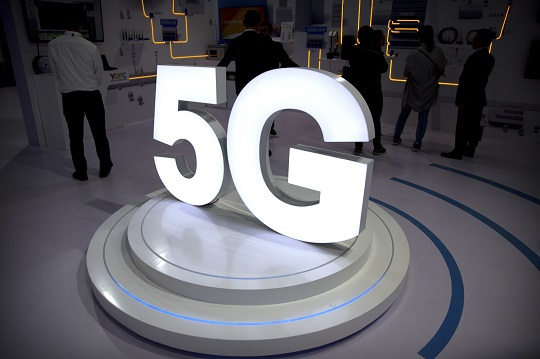 (Yonhap)
South Korea’s 5G equipment providers could grow in the near future, as the demand for network infrastructure is anticipated to increase worldwide at a steady pace, according to local financial reports.

The earnings of 5G equipment companies here could regain momentum down the road as global telecom firms seek to raise their capital expenditure on 5G infrastructure.

The improved prospects of Samsung Electronics, the major provider of telecom equipment here, will also lead to earnings improvements of other companies, local financial reports said.

At large, 5G equipment providers here recorded significant growth so far until the third quarter last year. Their stock price had also skyrocketed until October when the global demand eased.

Radio frequency company KMW is one of the local 5G equipment firms that is expected to mark better earnings. It supplies massive multi-input and multi-output (MIMO) devices to global telecom and tech players such as Samsung, Huawei, Ericsson, ZTE and Nokia.

Other local players that look forward to better performance this year include SeoJin System, OE Solutions and Ace Technologies.

The sales improvement of SeoJin is largely backed by the increase in remote radio head orders from Samsung’s 5G access unit.

SeoJin’s sales in 2019 are estimated to have increased by 30 percent to reach 430 billion won, while its operating profit soared 70 percent to 63 billion won.

Ace’s 2019 sales are estimated to reach 410 billion won, up 10 percent compared to 2018. Its operating profit is also expected to improve at 13 billion won, a 70 percent increase on-year.

Optical transceiver provider OE Solutions will also continue upward trend as it has been receiving orders from key players -- Samsung, Ericsson and Huawei. The Gwangju-based firm started supplying its products to Japanese telecommunication firm KDDI last year through Samsung Electronics which has partnered with the Japanese firm to provide 5G equipment over the next five years.

Local financial reports said that the earnings of GaN-powered transistor manufacturer RFHIC could also rise along with the expansion of its partner Samsung Electronics. The company’s sales to Huawei, however, could remain stagnant, experts said.

According to reports, the sales of the above mentioned companies last year are expected to reach 1.8 trillion, an increase by 70 percent compared to the previous year. The combined operating profit of the firms are also anticipated to reach some 300 billion won, up 500 percent from 2018.