[ The Korea Herald – Send E-mail ]
Shinhan chief gets suspended sentence over influence-peddling charges
Chairman to retain leadership despite conviction on some of the accusations against him
By Jung Min-kyung
Published : Jan 22, 2020 - 15:27
Updated : Jan 22, 2020 - 18:13 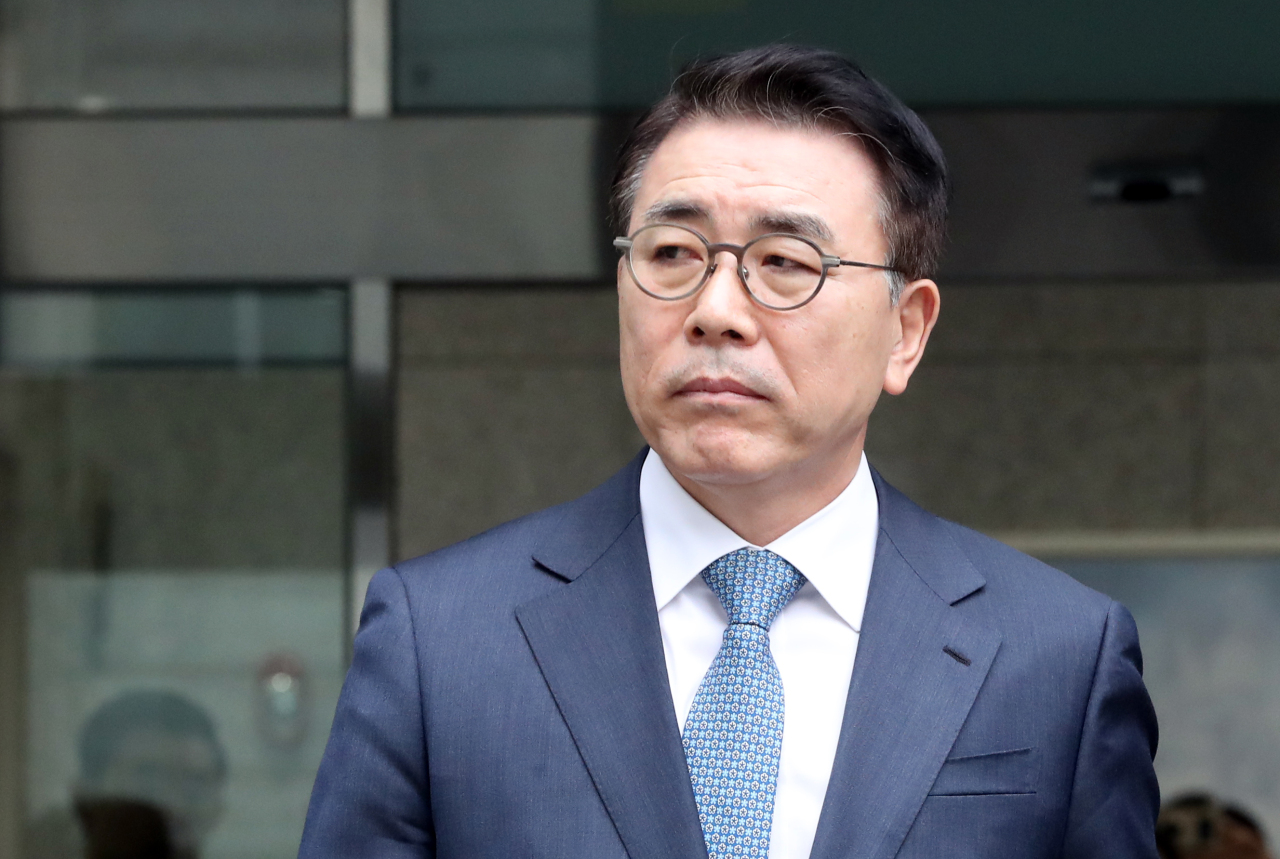 The Seoul Eastern District Court handed the 63-year-old executive a six-month prison term, suspended for two years. Expressing disappointment, Cho said he would appeal the case to a higher court.

The court found Cho guilty of some of the accusations against him, including influence-peddling in connection with the recruitment of more than 100 job applicants from 2013 to 2016. Some of the applicants had personal ties to Shinhan executives.

Cho was the head of Shinhan Bank from March 2015 to early 2017 and went on to become the financial group’s chairman. He was reappointed in December to continue in the post until March 2023, despite questions about how the case might affect the group’s reputation.

The prosecution had requested a three-year jail term and a 5 million won ($4,314) fine. He was originally accused of both influence-peddling and gender discrimination in hiring, but acquitted of gender discrimination. The court cited the lack of specific standards proving he favored men over women.

“While Cho did not make specific orders to the bank’s human resources team, the fact that he notified them of the applications as the chief is enough to damage the adequacy and integrity of the recruitment process,” the judge said.

“But we have considered Cho’s moves were not directly linked to influencing the hiring process,” the judge added.

Since the court decided not to send Cho to prison, he is likely to continue serving as Shinhan’s chairman with the board’s support.

The group’s board of directors had expressed willingness to retain Cho, if he avoided prison time, in a statement released after his reelection in December. They said they had considered the risks and would implement contingency plans if Cho were taken into custody.

He was appointed unanimously by a selection committee consisting of seven of the board’s 11 members.

The related laws and Shinhan’s internal regulations state that executives will be barred from future nominations if they have previously served time in jail.

In line with the board’s support, Shinhan’s labor union submitted a petition to the court last month pleading for leniency.

Cho is expected to focus on customer protection and on the snowballing Lime Asset Management fiasco, which involves Shinhan Bank as it was a key sales channel for the firm’s troubled funds. The bank sold more than 400 billion won ($333 million) worth of now-frozen funds to its customers last year, according to the financial authorities.

Industry watchers say he may also revamp the bank’s recruitment system to ensure greater gender equality, to ward off public flak from his influence-peddling conviction.