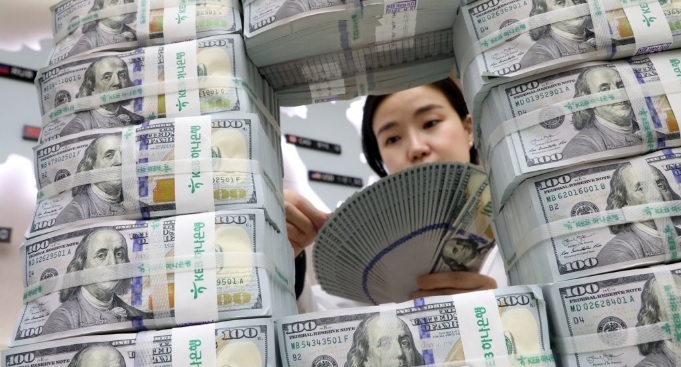 (Yonhap)
Foreign currency deposits held by banks in South Korea rose sharply from a month earlier in December, central bank data showed Tuesday, apparently on the weakening of the US greenback that prompted both individuals and firms to boost their dollar holdings.

The outstanding foreign currency deposits here came to $79.44 billion as of end-December, up $4.57 billion from a month before, according to the data from the Bank of Korea.

The increase marks a turnaround from a $3.67 billion drop in November.

Foreign currency deposits include those held by foreign entities that have stayed here for more than six months.

The rise was largely attributed to the weakening of the US dollar against the South Korean won.