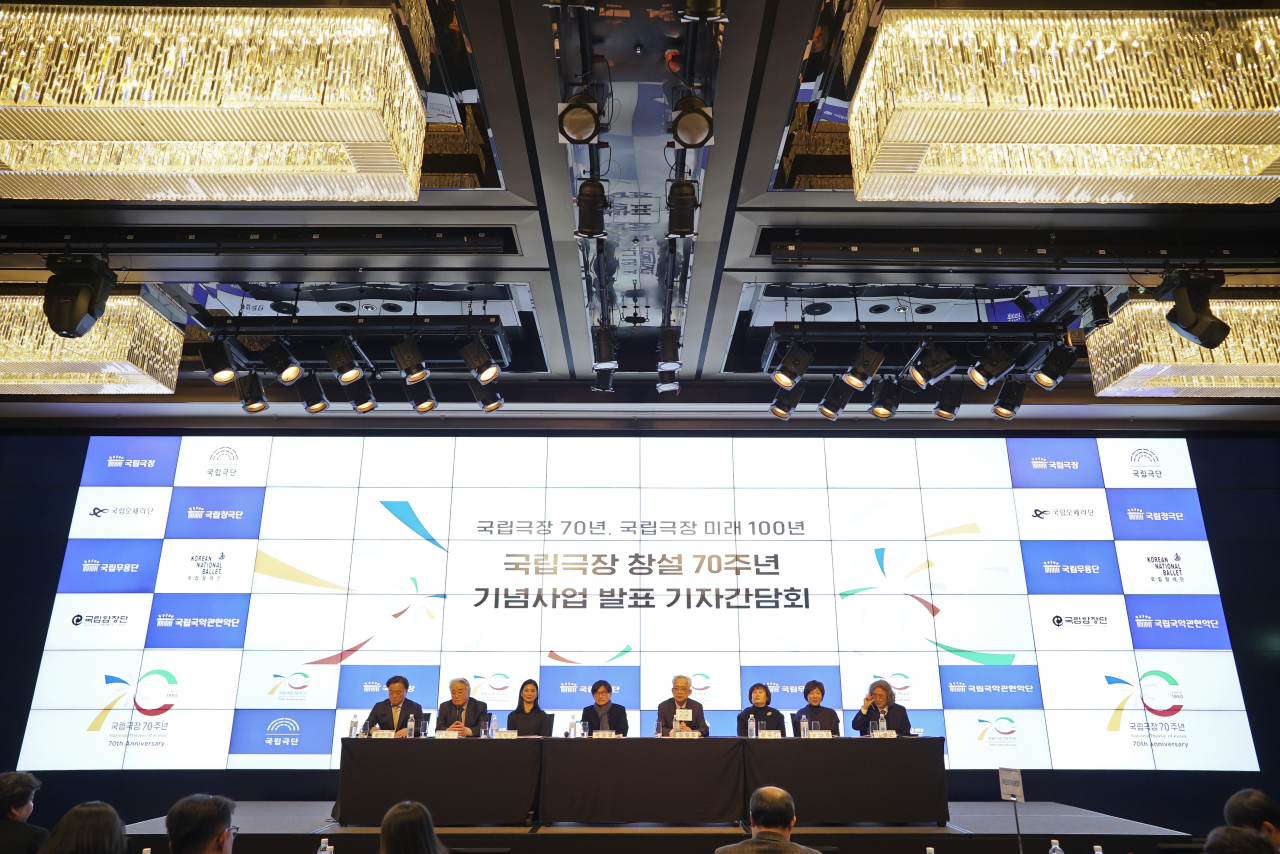 The heads of national art troupes and the National Theater of Korea CEO Kim Cheol-ho (fourth from right) speak during a press conference held Wednesday at JW Marriott Dongdaemun Square Seoul in central Seoul. (NToK)
To celebrate its 70 years of history, the three troupes under the center and other national art troupes of Korea will stage multiple shows from March to June. 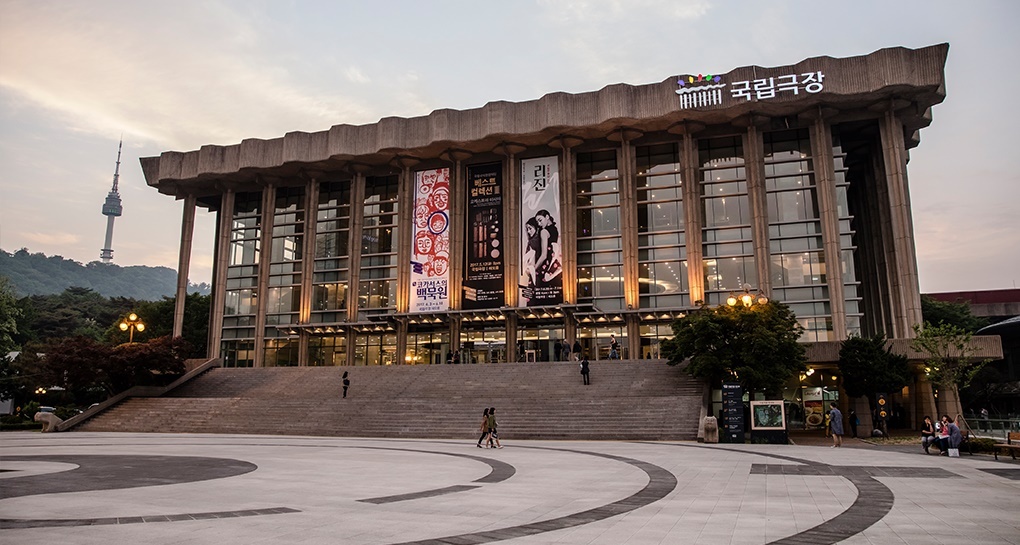 “Our elders founded the first national theater in Asia in the 1950s when Korea was facing difficulties. Looking back, it was a time of hardship in every aspect, but they proposed to lead Korea’s development through art. It is definitely something to respect,” Kim said.

The National Orchestra of Korea will kick off the celebrations with a concert on March 26. The Korea National Opera will follow with the performance of its new original opera “Red Pants” (unofficial title) March 27-28.

The following month, the National Theater Company of Korea will present its signature repertoire “Manseon.” The play, slated to take the stage April 16-May 2, revolves around a poor family living on a small island in the 1960s, depicting the hardship of Korea. It had its premiere in 1964.

The NToK will stage three works by French director Julien Gosselin -- “Players,” “The Names” and ”Mao II.“ They are based on a novel written by American writer Don DeLillo, who won acclaim at the Festival d’Avignon 2018. Revolving around the theme of terrorism in the 1970s, the three plays will be staged consecutively for a total of nine hours June 5-6

The National Orchestra of Korea will wrap up the celebration with a concert on June 17.

Meanwhile, the center will also host a symposium titled “Dynamic Asia, the Role and Future of the National Theater” on April 28, followed by a ceremony the next day. At the ceremony, five art troupes -- the three troupes under the center, the Korea National Opera and National Chorus of Korea -- will get onstage together in a piece that “looks back on the 70 years of the National Theater and the country’s performing arts as well as imagining the next 100 years,” according to NToK.

The museum of Performing Arts will publish a book on the history of NToK, and hold an outdoor photography exhibition.