EXO’s Chen announced Monday afternoon that he will be getting married, hinting that his wife-to-be is also pregnant with his child.

In a handwritten letter sent through his agency SM Entertainment, the singer said he has a “girlfriend who he would like to spend the rest of his life with.”

He also said a “blessing has arrived” to him, hinting that his soon-to-be-wife is pregnant. 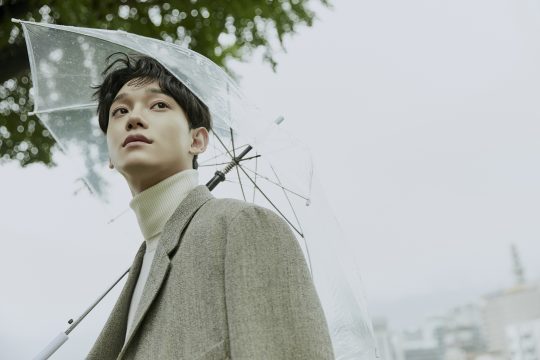 (S.M. Entertainment)
“I don’t know where to begin and I’m so nervous and shaky. But I decided to pen the letter even if my writing isn’t perfect because I wanted to let my fans know first with all honesty who have given me so much love,” he wrote.

The singer also said his girlfriend is not a celebrity and added that the two plan to have a small private wedding attended only by the couple’s family.

The 28-year-old is the first EXO member to get married. Since his debut with the nine-piece EXO in 2012, he has been considered one of the main vocalists. In April 2019, he also made a solo debut with ballad EP “April, and a Flower,” which was followed by second EP “Dear My Dear” later in the year.

EXO released the group’s seventh studio album “Obsession” in November last year as a six-piece group without Xiumin and D.O., who are currently fulfilling their mandatory military service, as well as without Lay, who opted out of the group’s latest work.

Chen must enlist in the military this year along with other two bandmates, Baekhyun and Chanyeol, as they turn 28.