Prior to her 2017 appointment as the top diplomat to Seoul, Islam served multiple key posts at Bangladesh’s Ministry of Foreign Affairs in charge of international organizations, the Far East, Southeast Asia, Americas and the Pacific, counterterrorism and administration, alongside missions in London, Colombo, Brussels and India’s West Bengal.

“I hope that in the future your president will visit my country, because we are 48 years old and during this time a Korean president has never visited Bangladesh. I am looking forward to that visit during my tenure,” Islam told The Korea Herald in an interview last month.

“I must say that a new kind of momentum has been generated because of that visit. … We want to preserve that momentum because more people (from Korea) are traveling to Bangladesh, especially from the business sector.”

Bangladesh is seeking to invite more Korean businesses -- around 200 companies operate in the country now -- by offering benefits such as government incentives. It also has some 100 economic zones equipped with infrastructure and an abundant labor force.

The bilateral trade volume between Seoul and Dhaka has increased notably to about $1.6 billion from some $2 million in 1973, when the countries forged diplomatic relations. 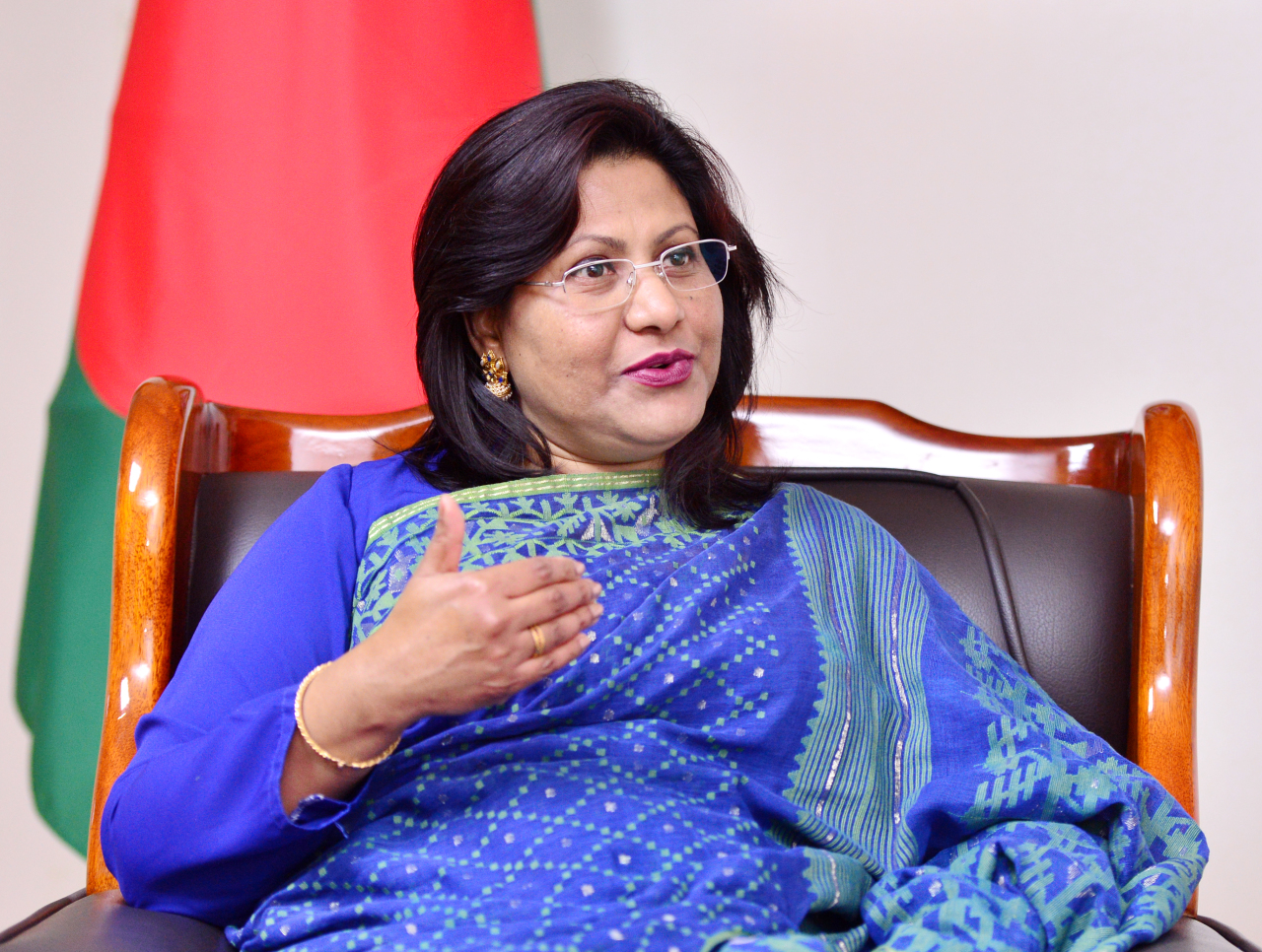 Bangladeshi Ambassador to South Korea Abida Islam speaks during an interview with The Korea Herald at the Bangladesh Embassy in Seoul in December 2019. (Park Hyun-koo/ The Korea Herald)
The 800-fold surge reflects the economic expansion of both countries. Since its independence in 1971, Bangladesh has leaped forward to become a developing country.

“If you look at the history of Bangladesh, you will see that women empowerment is remarkable. I must give credit to our honorable prime minister because she believed that if we leave behind this half of the population, none of our development can be sustainable,” Islam said.

“In Bangladesh, women are everywhere. They are in all traditional professions, including in the government, private sectors and defense. Empowerment of women has been the most important contributing factor to our impressive development.”

“You will see that in Bangladesh women are everywhere. They are in all traditional professions, including in government service, private sector and defense. Empowerment of women has been the most important contributing factor to our impressive development.”

Bangladesh’s real gross domestic product is estimated to have grown 8.1 percent in 2019 from a year ago, when the economy expanded 7.9 percent.

As a female envoy in the predominately male world of diplomacy, Islam said that she is focused on her task as a government official.

“In Bangladesh you don’t feel the glass ceiling. … I also didn’t feel that I have to do certain things as a woman. I also believe that I’m an officer of our government who has been given certain tasks and responsibilities which I have to perform. That’s it. As a sincere law-abiding government official, I try to discharge my duties,” she said.

Bangladesh, for example, was the first country to send an all-female contingent to the UN Peacekeeping force to Haiti in 2015.

Looking ahead, Islam said Bangladesh is keen to beef up cooperation with Korea on cybersecurity and the economic front by capitalizing on memorandums of understanding related to trade and commerce signed during former Prime Minister Lee’s trip.