[ The Korea Herald – Send E-mail ]
[Weekender] [Herald Interview] Pushing boundaries of traditional music
By Im Eun-byel
Published : Jan 3, 2020 - 09:26
Updated : Jan 7, 2020 - 10:50
For some bands, music is all about breaking stodgy old rules and creating new ones. However, for Black String, a traditional Korean music band, the revolution may be on a bigger scale. It wants to establish its own genre.

Black String, founded in 2011, consists of four artists, three of them gugak performers. The group is led by string instrument geomungo virtuoso Heo Yoon-jeong with Lee Aram on daegeum (bamboo flute), Hwang Min-wang on janggu (hourglass-shaped drum) and Jean Oh on electric guitar. The group was founded on the principle of “borderless contemporary Korean music.”

“Gugak artists are likely to be talented at improvisation as Korean music is strong in percussion beat. The complexity of beat is highly developed with elaborate artistic techniques in Korean music,” Heo told The Korea Herald during an interview held in southern Seoul. “Also, different from court music, folk music is easy to improvise. It is flexible, not just in Korea but anywhere in the world.”

It was at the 2019 Jarasum International Jazz Festival in October that the reporter first learned of Black String. On the pamphlet, amid the lineup of big jazz names like Jon Cleary and Matthew Whitaker, Black String made its presence. 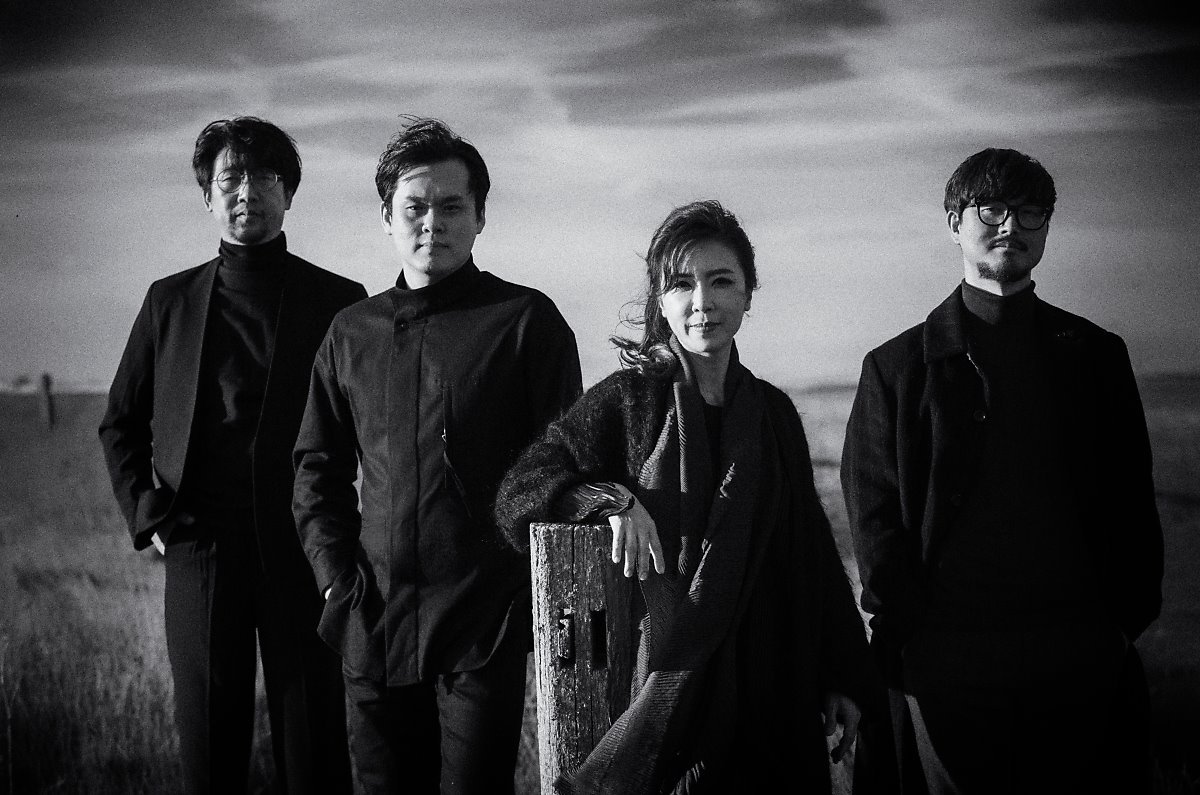 Black String (Nplug)
It was strange to see gugak instruments on the stage, but once the band started playing, the music perfectly blended with the jazz mood, enticing the Korean audience with new, yet familiar melodies.

“Some teams fuse gugak with reggae, Irish music or post-rock. Black String is not really a jazz band. We are just who we are, pursuing contemporary gugak,” Heo said. 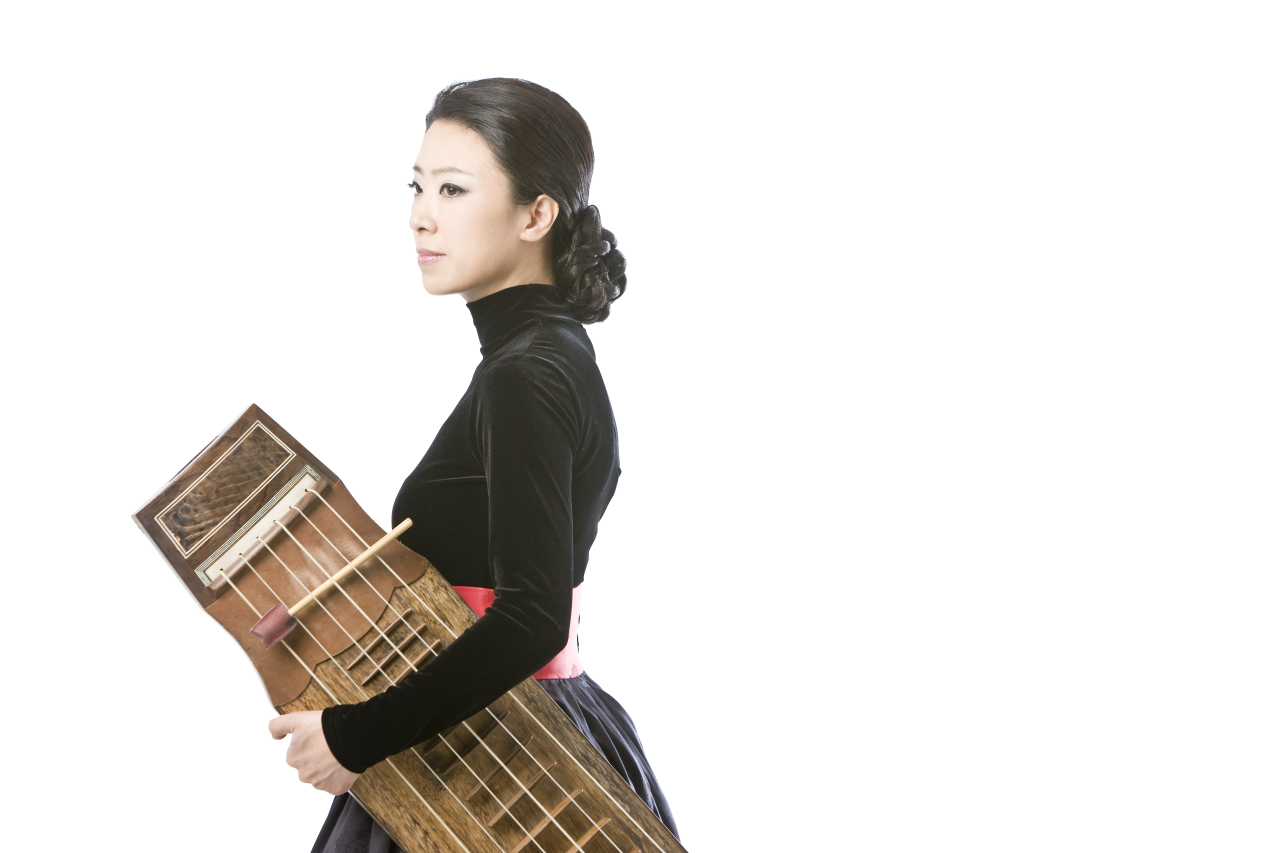 Geomungo virtuoso Heo Yoon-jeong (Nplug)
“Overseas, people are familiar with creating new music with their traditional instruments. It is something natural,” Heo said based on her experiences in New York in 2007-2008 as a resident artist at the Rockefeller Foundation. “But in the end, though the global audience may be curious about fusion gugak, what matters is whether the music is good or not.”

Surprisingly, Black String’s albums are not released by a Korean label, but under German jazz label ACT. Even the tour schedule is more focused on Europe and the US.

“Actually, performing in Korea is more difficult. Overseas, the audiences are experienced with listening to new music. They have been educated to understand new types of music,” Heo said.

“But Koreans are prejudiced about gugak. They think they know about the genre, but actually do not know much,” she said. “Korea has been geographically isolated for a long time and perhaps that is why Koreans are not familiar with embracing new genres. However, that is also the reason why our music has strong originality.”

Heo explains that the Korean government is keen on preserving traditional culture. She points out that there are not many institutions like the National Gugak Center of Korea elsewhere in the world -- an institution founded to preserve and develop traditional music. But the state-led preservation has its own shortcomings.

“There is no other country in the world that supports its traditional music like Korea. Korea is very supportive about preserving traditional Korean costume, cuisine and music,” she said.

“But it has its own deficits. This is why gugak cannot thrive on its own. Isolated from reality, the gugak scene does not follow the laws of the industry. The governmental support is entirely focused on performers who are living inside a bubble,” she said.

Heo argues the focus should now move to the audience -- developing new festivals where more people can enjoy gugak-related content, for example.

As a professor at Seoul National University, Heo also expressed her thoughts on gugak education. She said that the departments of gugak at universities are changing as students really need to do something new to make a living after graduation.

“I believe performers should compose, plan projects, be good at playing traditional court music, folk music, understand contemporary music and everything,” she said. “Some may ask, ‘Is this gugak? It’s not traditional,’ but enjoying music strictly depends on an individual’s taste, and the artist’s freedom should be respected.”

Though Heo may seem like a revolutionary, she is also a pursuer of the conventional gugak. Formerly a member of the Seoul Metropolitan Traditional Orchestra, she was certified as a master of geomungo.

“Even after death, I want to play traditional music. The tradition is where my heart lies. But also, I hope to create new music, even after my hair has turned gray. Not many artists are doing so in the pop music scene -- it is heavily focused on K-pop music artists in their 20s,” she said. “I want to be a maestro practicing music of the present, not a legendary maestro.”