The family musical is based on a 1998 novel of the same name written by Daniel Wallace. The novel was adapted into a film in 2003 starring Ewan McGregor. Screenwriter John August is the mastermind behind the film and the musical productions, having written the scripts for both. 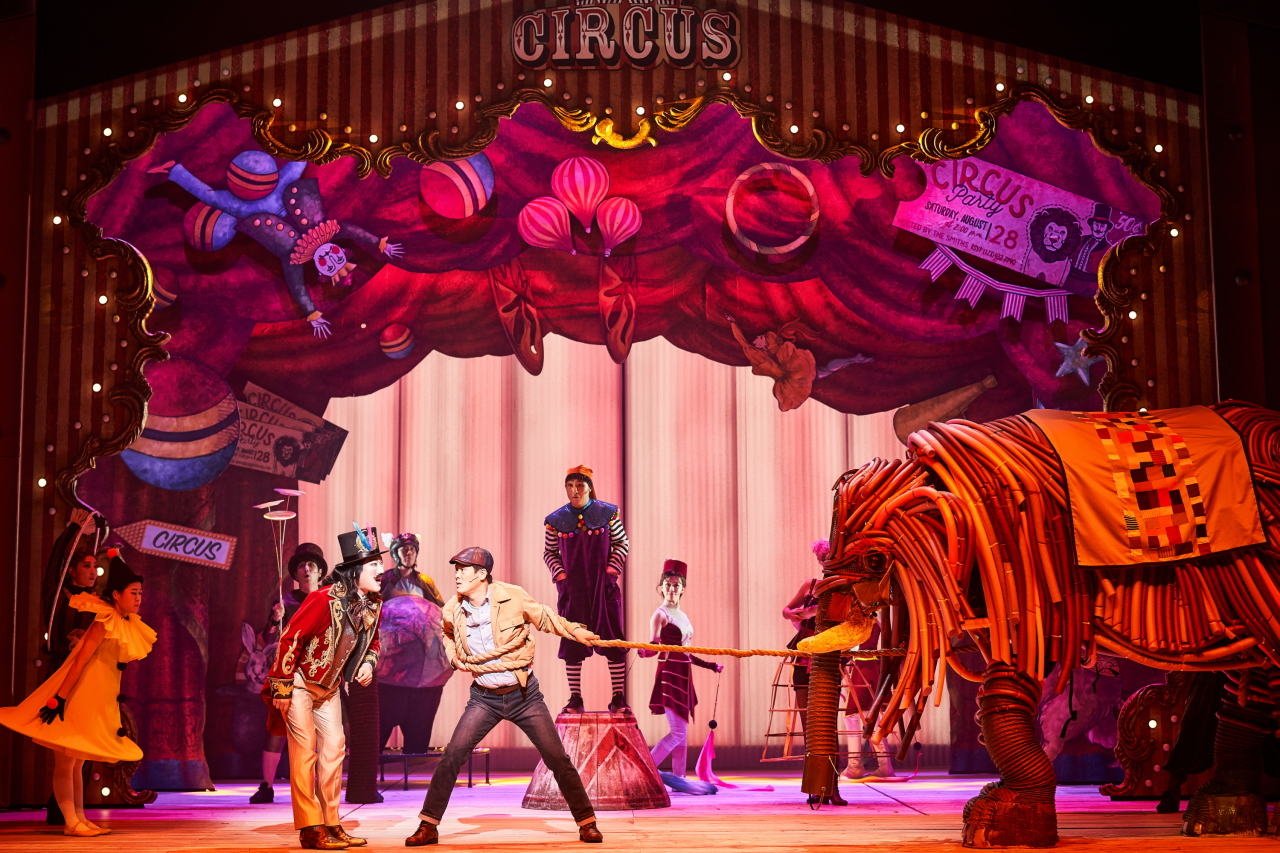 Scene from musical “Big Fish” (CJ ENM)
Set in the southern state of Alabama, “Big Fish” revolves around a father and son. Will, the estranged son, takes care of his terminally ill father Edward, who tells him fantastical stories of his life; stories that involve witches, trolls and werewolves.

“(In the book ‘Big Fish’) there were many stories of American folklore that Edward and Will experience, I wanted to be able to find a way to talk about these big mythological stories and also a very small human story about a father and son,” August said at a press event held at the Seoul Arts Center in Yangjae-dong, southern Seoul on Monday. 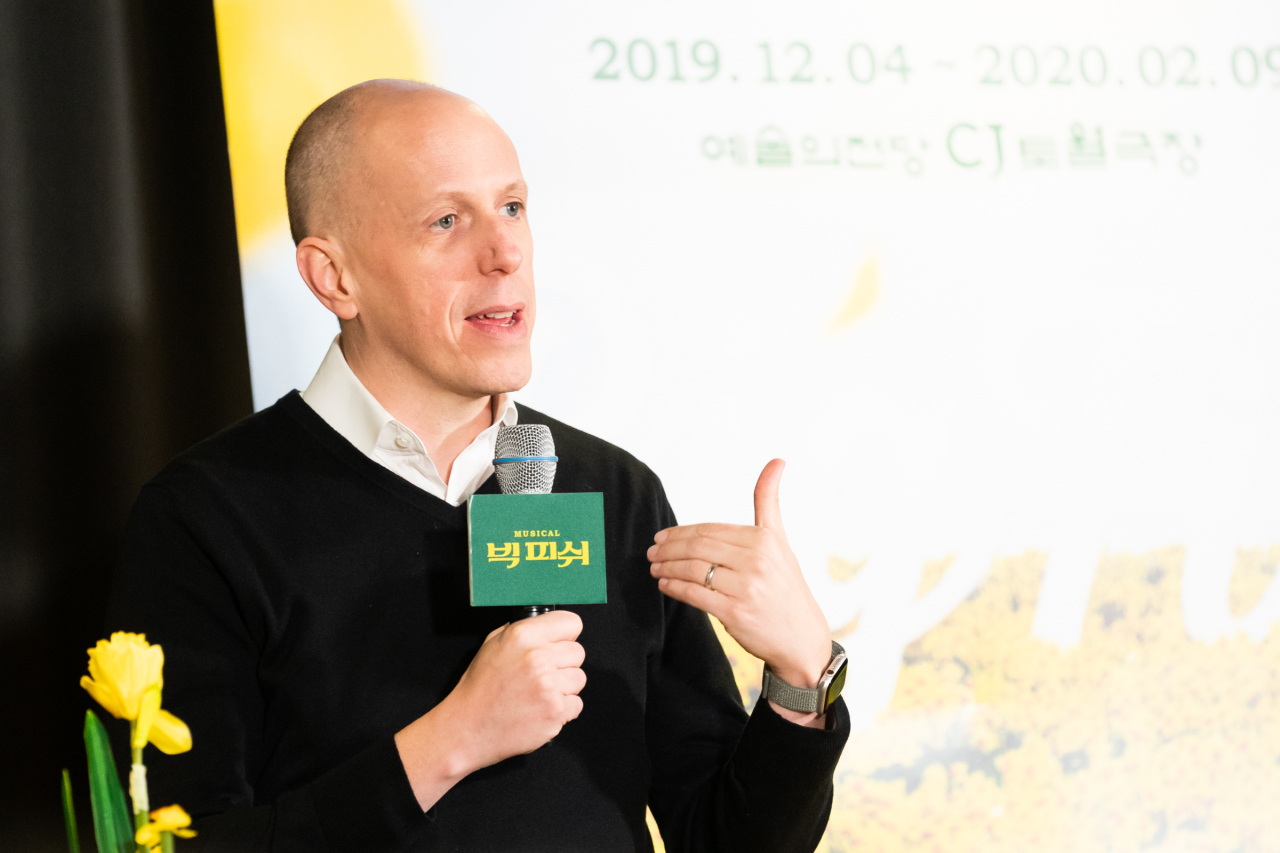 Screenwriter John August speaks at a press event held at the Seoul Arts Center in Yangjae-dong, southern Seoul, Monday. (CJ ENM)
August has had a wide-ranging career in the showbiz scene, being a screenwriter, producer and director. August and iconic filmmaker Tim Burton, with whom he had previously collaborated on “Charlie and the Chocolate Factory” (2005) and later would again on “Frankenweenie” (2013), came together on “Big Fish.”

August had been captivated by the story ever since he first read the book “Big Fish” 20 years ago. For the past two decades, he has consistently been involved with the story, producing it into a musical and revising the script over and over again.

“As I read the book, I responded so strongly to the story of a father and a son. I loved my father but I did not really understand him well. In the movie script, I describe it as ‘My father and I were strangers who knew each other very well’ and that becomes a lyric in the musical,” the screenwriter said.

August and composer Andrew Lippa own the rights to the musical. The duo constantly make revisions to each new production of the show, spanning from Broadway and London to Tokyo, Seoul and beyond. 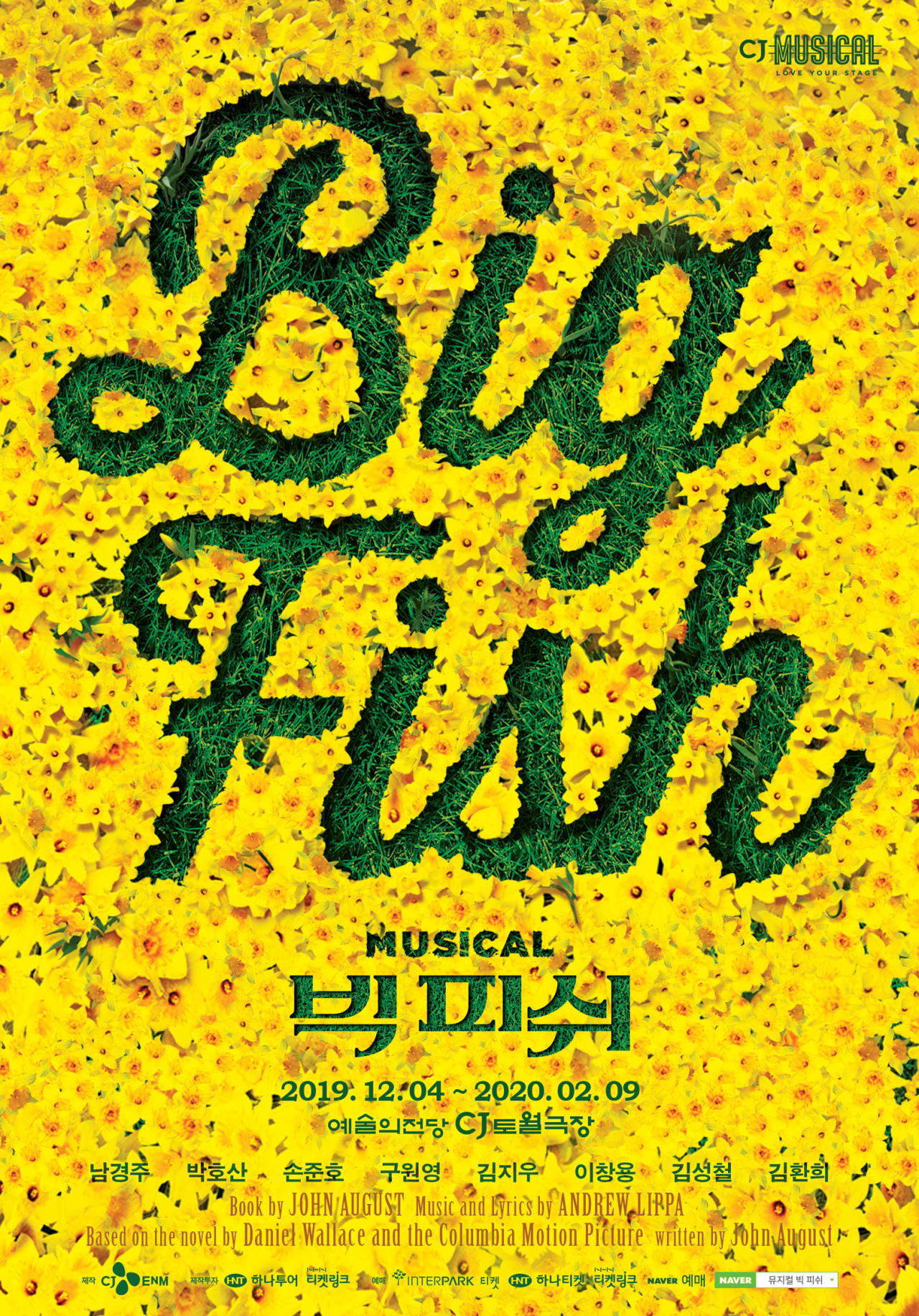 Poster for musical “Big Fish” (CJ ENM)
“One of the wonderful things about a Broadway musical is that the writers and composers own the musical. In each production that happens, we have participation and we help shape the future of the musical. I have been writing ‘Big Fish’ for 20 years, I will probably be writing new versions of ‘Big Fish’ for the rest of my life,” he said.

Six years after its Broadway debut in 2013, the show opened on Dec. 4 at the Seoul Arts Center. According to CJ ENM, the local production company behind the show, the Seoul production is “newly created” and very different from the Broadway version.

August will watch the Korean production of the show on Christmas day. Though he does not understand Korean, he knows every line of the show, which will allow him to enjoy it, he said. Living on the edge of Koreatown in Los Angeles, August said he is familiar with Korean culture.

The show runs until Feb. 9 at the Seoul Arts Center from Tuesday to Sunday weekly. Tickets are priced from 60,000 won to 130,000 won and are available from Interpark Ticket at ticket.interpark.com.