[ The Korea Herald – Send E-mail ]
[Herald Interview] Han Suk-kyu discusses finding the man within the great monarch
By Yoon Min-sik
Published : Dec 23, 2019 - 17:22
Updated : Dec 23, 2019 - 17:22
“Forbidden Dream” is a period piece about King Sejong of Joseon and his inventor Jang Yeong-sil that focuses on the personal relationship between the two that share a dream.

Han Suk-kyu, playing King Sejong for the second time in his career, said he approached the role by looking at how he was brought up.

“I thought a lot about how his mother would have been, because parents have immense influence over how someone turns out,” Han said during a joint interview in Seoul on Monday.

In search of King Sejong’s personal side often glossed over in the official records, Han reached within himself to find clues. “Rather than think ‘How do I play this part,’ I thought about how I came to do this (acting), how I became an actor, and what motivates me to do it.” 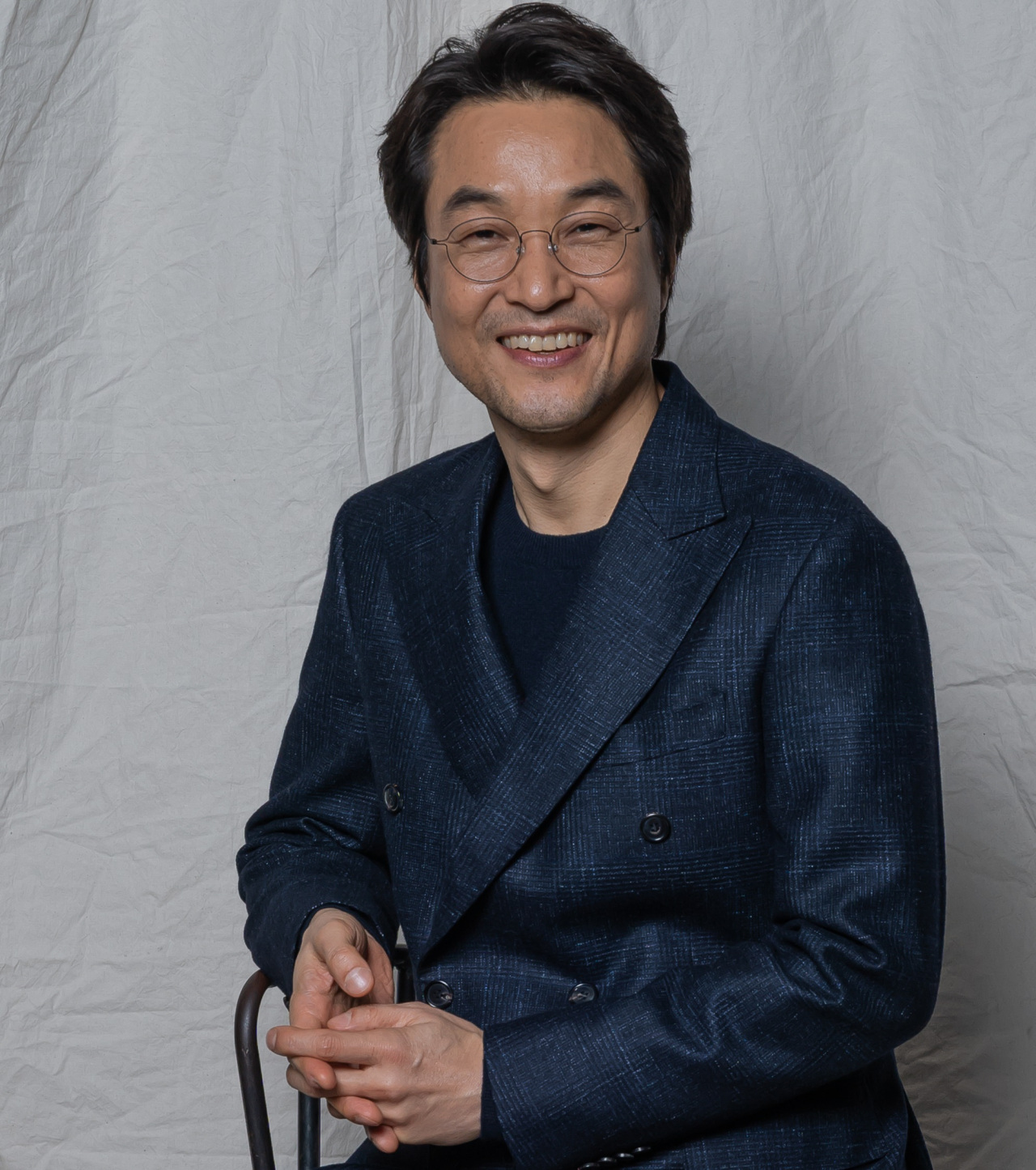 The actor said he imagined King Sejong’s relationship with his mother, the queen of the divisive King Taejong, would have had a crucial impact on his personality and way of life.

King Taejong, credited with establishing the king’s authority in the early days of the Joseon kingdom, had many accomplishments that go hand-in-hand with his infamous killings, a series of executions that included rebels, former subjects, his brothers-in-law and even his own brother.

He reflected upon his own relationship with his parents, for whom it was not “love at first sight,” much like King Taejong’s. King Taejong and his queen were brought together in an arranged marriage, which the actor imagined played a role in his view of women.

“The queen has been through a lot, seeing all her brothers executed, her father dying. She later converted to Buddhism, and her relationship with Sejong must have had a profound impact.

“I guess you could say it is a trauma, but it is not that simple. What would he have through looking at his mother and father?” Han said. “His attitude has never been that ‘I won’t kill anyone.’ It’s ‘I have to save everyone, help them in any way.’”

Han imagined this attitude may have driven the king to work hard. The real life King Sejong was well-known -- almost to the point of infamy -- for being hard-working. He worked tirelessly and expected his subjects to do the same, with a popular anecdote about his refusal to let his most-trusted subject Hwang Hui retire: Hwang stayed in office until the age of 86. He died three years later.

“The celestial globe, the water clock, and even Jang Yeong-sil were from him thinking that it would somehow help (the people),” Han said.

Enter Jang, who eventually became something much more.

“Sejong initially would’ve thought that (Jang) would be helpful, but soon learns from talking to him that they share the same interest. You can see it in their eyes, they shine. It’s like me talking with (Choi) Min-sik,” he said.

Choi Min-sik, who plays the famous inventor, is Han’s longtime colleague and a close friend. The “Oldboy” star recently said in an interview that acting is “a field of study that ends only with death,” a vision that Han felt deep within as well.

This, Han said, was the foundation of the on-screen friendship between the two main characters, and why he had trouble believing that King Sejong simply punished Jang for the blunder that injured the king.

“How would you kill someone whose eyes light up (when talking to you)? How would I kill Min-sik? Sejong would never try to kill Jang,” he said.

The close relationship between the two leads is reflected in the friendship between the two characters, who were depicted as the only ones sharing their interest in the astronomy and science. In Joseon era, there was a saying “sa nong gong sang,” which describes the order of importance in the society -- scholar, farmer, engineer and merchant. It was considered vulgar for noblemen to show interest in science or commerce, which is why the king’s interest in science was often criticized by noblemen.

It is no accident that Sejong-Jang dynamic is reminiscent of Han-Choi dynamic, as Han described acting as “looking inside oneself.”

“The more I act, the more I grow curious about myself, as to what it is that pushes me. … Now I act so I can see myself, and know more about myself,” he said.

The film, which is more of a drama, centers on the relationship between the two great men, and their mutual respect and affection for their shared dream. “Forbidden Dream” opens in local theaters on Dec.26.