Afterward, have a quick sip and let the fresh brew glide down. This is perhaps the high point of the day, only rivaled later when you lay down in your cozy bed, ready to fall off to sleep. 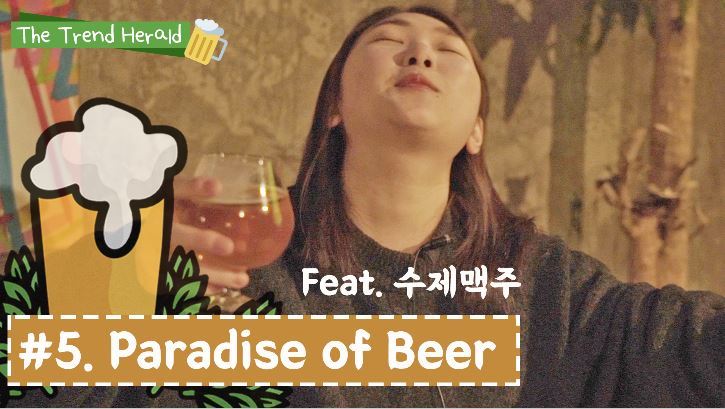 It’s no secret that Koreans spend some of the longest hours in the world sitting at their desks. Nevertheless, they also know how to have a good time, because nothing better than amber nectar fosters a hard day at work. Besides, starvation is the best seasoning for eating the grime of the day, and makes beer even more delicious. It just does, and there’s no need to question the validity of this theory.

Many would say it’s like clocking off, feeling the gain from the end of a tough day. It’s also nice to see goods on the top rack of the refrigerator at the end of the day.

Many people used to reach out for soju -- that traditional Korean alcoholic beverage -- instead of beer because they often thought the brews smelled weird.

Oddly enough, this fueled local breweries to develop their recipes and offerings, which rapidly caught on with natives and foreigners alike. As a result, the arrival of the microbrewery scene paved the way for more taprooms offering brews with rich flavors.

Ice cold beer on a chilly winter night is one of life’s little pleasures after a long week at the office. If you truly love beer, go check out the video to enjoy some great options.