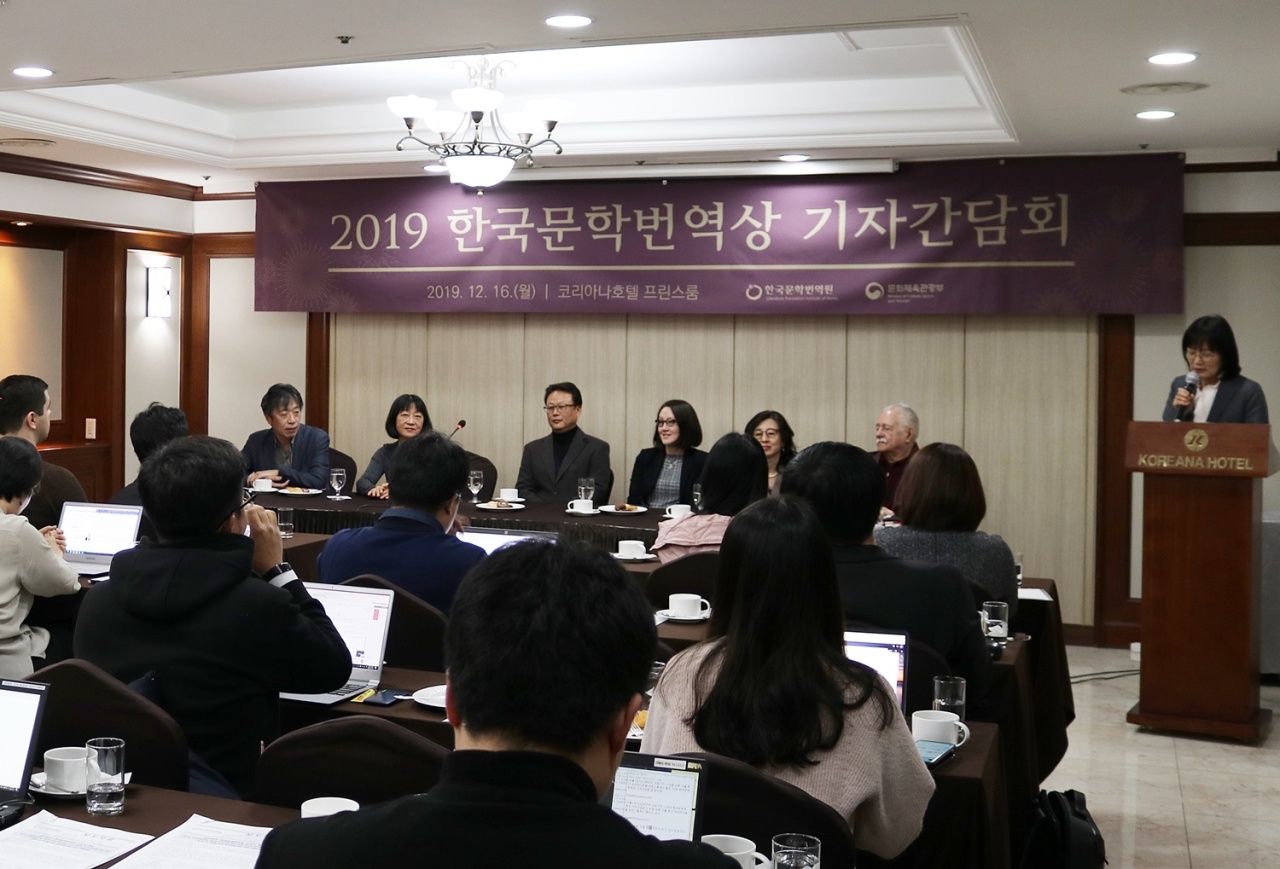 “Korean literature has ‘beauty of blank,’ and sentences are concise. It is readers who complete the meanings of sentences,” said Yoon, who translated Han Kang’s “Human Acts.” “But when those sentences are translated in different languages, they may look too simple ... so it is always challenging for me to add some background and analysis to sentences when translating literary works.”

“It is hard to expect Korean literature to gain good recognition globally when support for translation is quite insufficient,” Kim added.

The seventh LTI Korea Outstanding Service Award was given to Choi Don-mee and Pio E. Serrano.

“Korean literature was unfortunately introduced quite late to the world compared to those of China and Japan. In Spain, it was 1960s when Korean literature, which was a small book of poetry, was introduced,” said Pio E. Serrano, who translated more than 50 Korean works into Spanish, adding that Korean literature remains little known in Spain.

“Korean novels recently have gotten much attention in Japan thanks to the novel ‘Kim Ji Young, Born 1982’ and book covers of Korean literatures are considered to be fancy and catchy there,” said Ito.