This is the first time the international tour of the opera is visiting Busan, having already performed in Kuala Lumpur, Malaysia; Tel Aviv, Israel; and Dubai, United Arab Emirates. After Busan, the tour moves on to Seoul and Daegu. 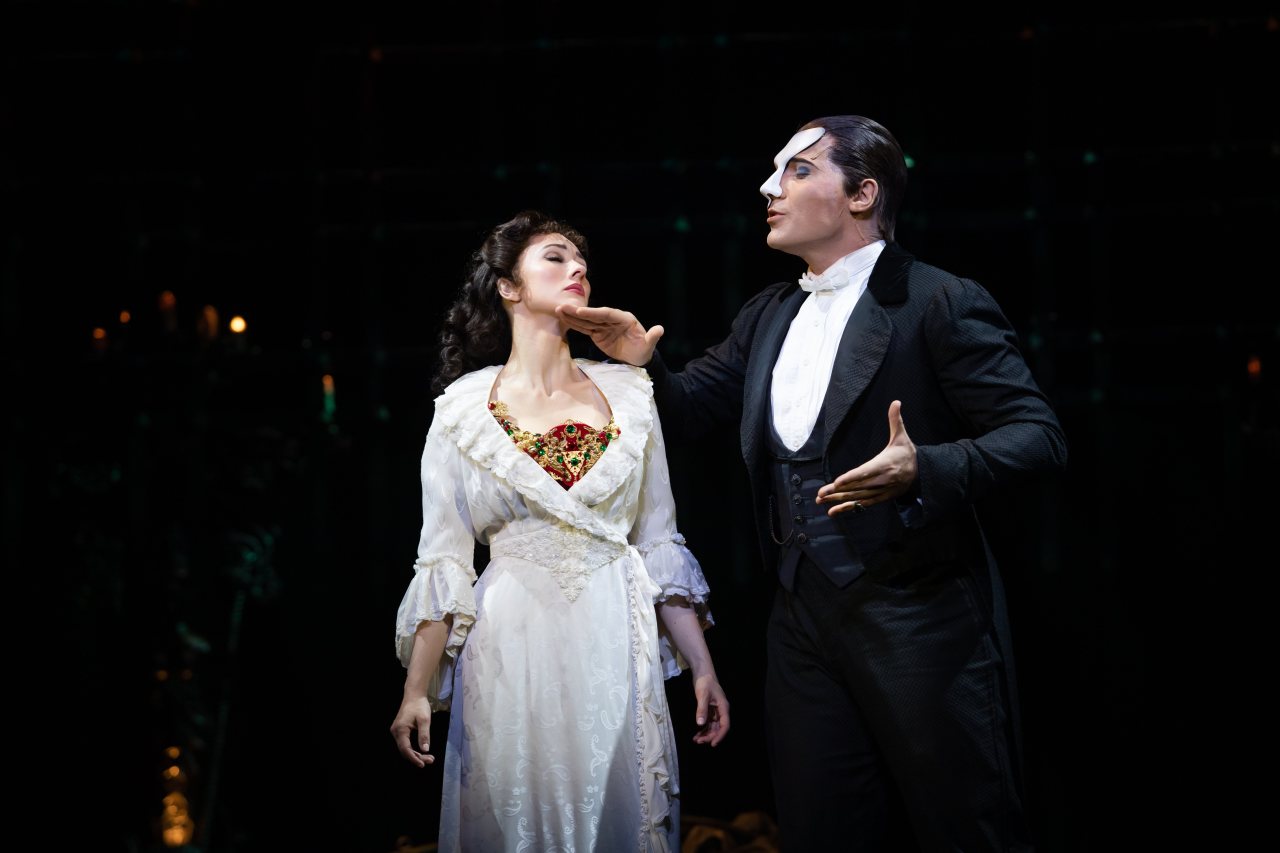 A scene from “The Phantom of the Opera” shows Christine and the phantom singing together. (S&Co) 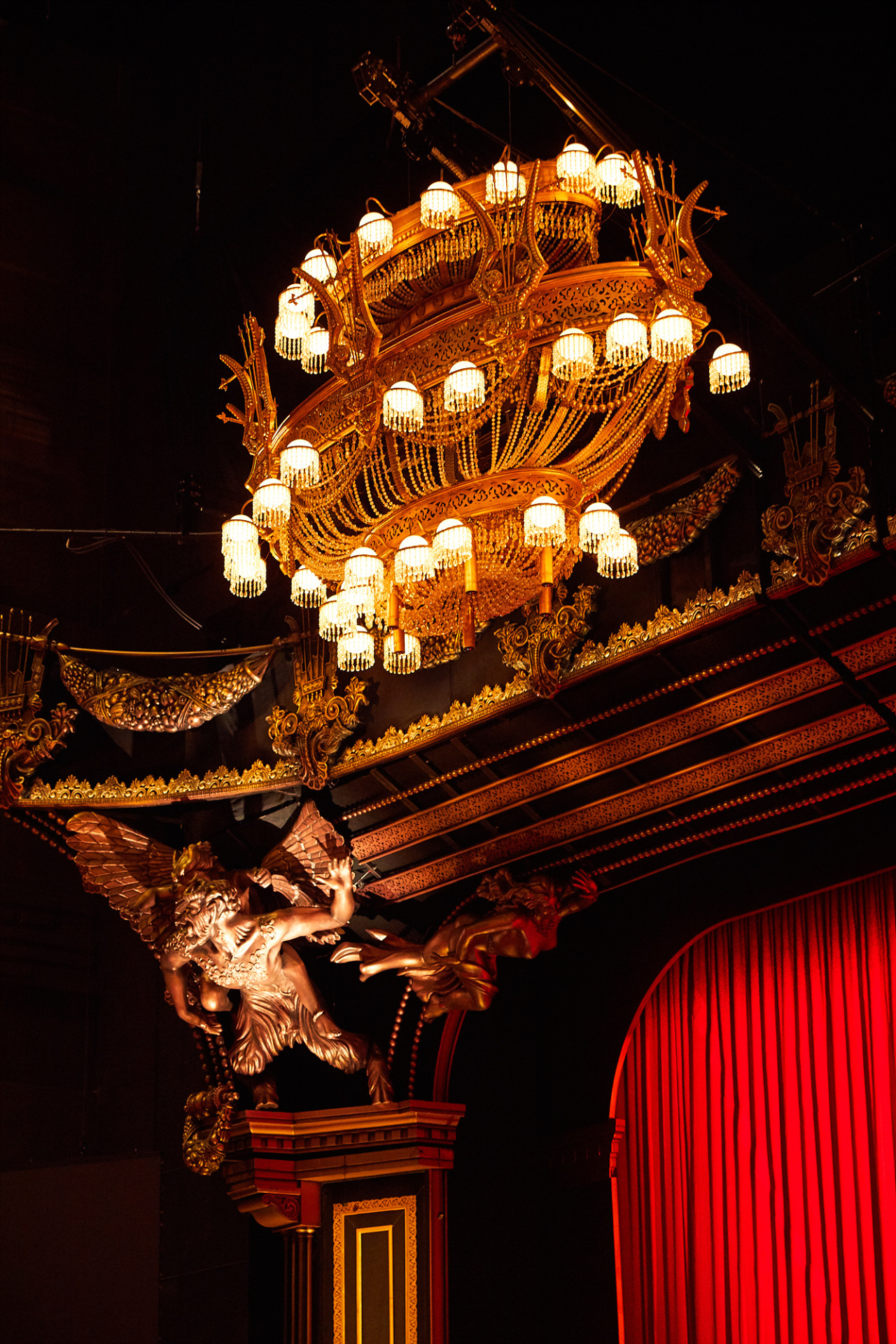 The chandelier is suspended by two cables, hanging above the front raw of the audience. It crashes down on to the stage, signaling the phantom’s anger. (S&Co)
Based on the novel of the same name written by Gaston Leroux, “Phantom of the Opera” is the longest-running musical in Broadway history, going strong since its opening in 1988. It was even made into a Hollywood film in 2004, directed by Joel Schumacher.

The show has had an immense following in Korea since its 2001 premiere here, garnering an audience of more than 1 million with four productions in nearly two decades.

“We have had so many (Korean) audiences come to this production -- who has been to ‘The Phantom of the Opera’ productions 10 to 15 times before,” Rainer Fried, associate director of the production, said Saturday at a press event at Dream Theatre in Munhyun-dong, central Busan.

Fried has experience with musicals here, having directed a licensed production of the show in Korea and led two previous international tours that visited Korea.

“There is something about this show that resonates particularly with Korean emotions. That is what just keeps bringing Koreans to come back and watch the show,” the director said.

Among the most notable features of the musical is the grand chandelier suspended mid-air in the hall. The elaborate, Victorian-style chandelier is key to the plot, as it crashes on the floor and signals the advance of the phantom.

The design of the iconic prop had hindered many theaters from hosting the show, and the production team had applied changes to make it more adaptable.

“The chandelier is now suspended by two cables hanging above the front row of the audience. This design was chosen in an attempt to reduce the roof loading, transfer the weight back down to the floor,” said Alistair Kilbee, the touring technical director of the show.

According to Kilbee, the chandelier travels at the speed of 3 meters per second when it crashes. Its internal frame is made of aluminum, decorated with 6,000 vacuum plastic beads. All the lighting has been updated to battery-powered light-emitting diodes.

“This way we have been able to take ‘The Phantom’ to venues where previously (it) was not possible,” he said.

At the press event, Fried paid homage to Harold Prince, the director of the original production. The legendary Broadway icon died in July after a brief illness. Prince received 21 Tony Awards, the most for any individual.

“Prince was the architectural genius of the show, as he was for many other shows,” Fried said. “He is the legend of theater.”