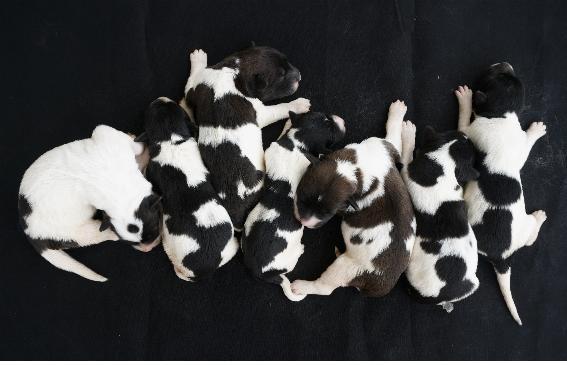 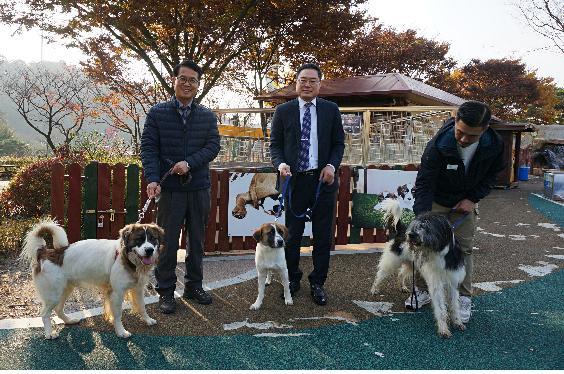 Professor Kim Min-kyu stands with a short-haired badugi Sapsaree puppy in the center, with the cloned Sapsaree father on the left and long-haired puppy on the right. (Chungnam National University Professor Kim Min-kyu)
Short-haired Sapsarees are rare among the characteristically long-haired canine breed. Short hairs are born naturally at 1 percent possibility, and those with spotted fur are even rarer. Only around 600 Sapsarees exist in South Korea, with around 50 short-haired of the kind among them.

“The seven baby dogs of the cloned Sapsaree are now near 1 year in age, and they are all healthy and able to reproduce,” Kim said. “This marks the successful restoration of a canine breed (the short-haired badugi Sapsaree) that could have disappeared from their homeland.”