“I was an orthopedic surgeon, but I abandoned the field because personally, I felt there was no ‘beauty’ there,” he said. Dr. Kim, a graduate of Korea University College of Medicine, said he left a burgeoning career as orthopedic surgeon and flew off to Yokohama City University in Japan to study plastic surgery at age 40. 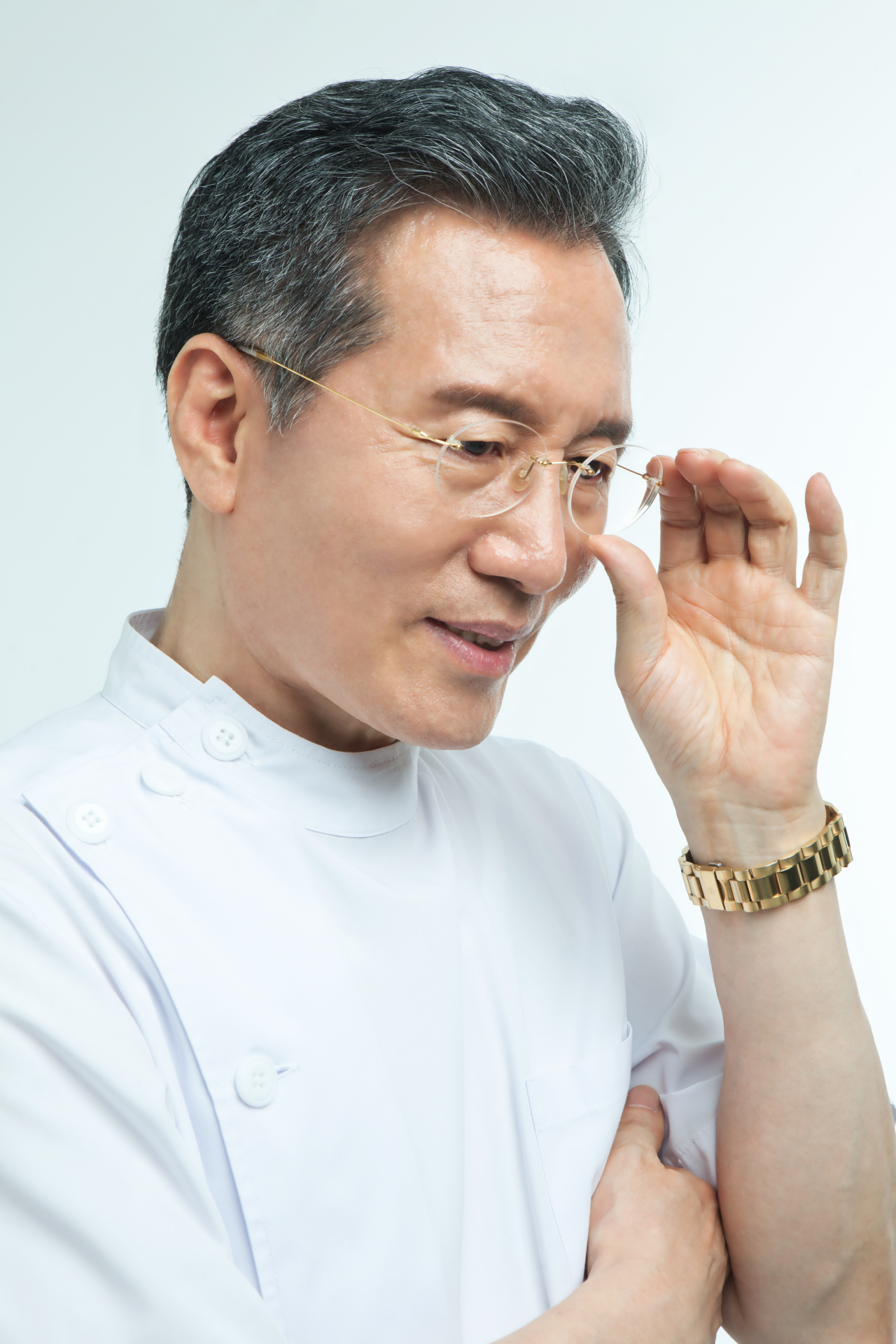 He said those years of soul-searching made him a better medical practitioner, especially as a plastic surgeon.

“I don’t think one could be an esthetic surgeon without understanding what beauty is,” he said.

He said beauty, first and foremost, could not exist without health.

“Some plastic surgeons perform procedures on patients with little regard for their consequences on patients’ health,” he said, referring to BTX toxins and fillers as examples.

He claimed that the procedures not only have adverse effects on health but that their improvements were limited to the surface.

Kim said his mission as cosmetic surgeon had been to develop esthetic treatments and procedures that would not risk a patient’s health and well-being.

“I wanted to prove that plastic surgery and health are not mutually exclusive,” he said.

“If a procedure does not lead to health and, in turn, to one’s happiness, it should not be done,” he said.

At the core of health is vitality, he said, which is directly related to youthfulness.

“This is why I have persistently researched rejuvenation, which I believe is synonymous with revitalization,” he said.

With the aim of imparting his knowledge to fellow plastic surgeons, he founded the Korean Face Academy in 2005.

“I thought we needed an institution dedicated to an in-depth study of the human face,” he said, adding that at the institution, “the esthetic aspects of the face are analyzed both morphologically and biologically, with a special focus on anti-aging.”

By The Korea Herald (khnews@heraldcorp.com)