"All athletes want to play at the Olympics," the tennis star said at a press conference held after a fan event in Seoul. "If I were given a chance, I hope to make the national team and win a game at the Olympics." 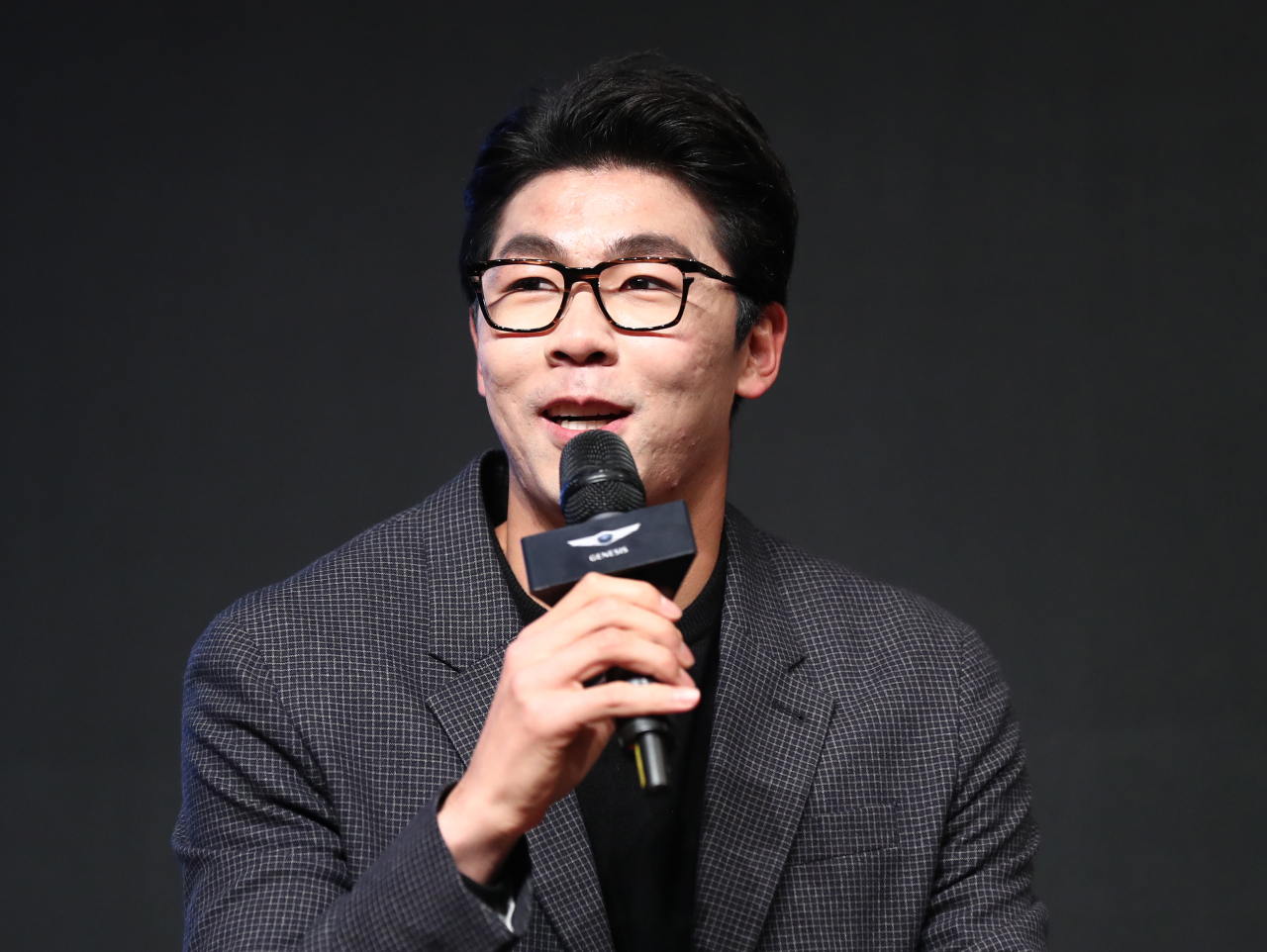 Tennis player Chung Hyeon (Yonhap)
For the 2020 Tokyo Olympics qualifications, players are required to play in the Davis Cup, a tournament between national teams in men's tennis. Based on the world rankings, the four top singles players from one country are eligible to compete at the Olympics slated for July next year.

Chung currently stands 129th on the world tennis rankings, the second highest Korean male player after 88th-ranked Kwon Soon-woo, but missed the regional qualifier matches against China in September due to a sponsorship issue.

He has to wear a pair of custom-made shoes because of chronic foot blisters, but they were not allowed in a national team event.

"Because of the injury, it is difficult for me to use other shoes," said Chung, who had to bow out of the semifinals match at the 2018 Australian Open due to foot blisters. "I hope the Korea Tennis Association considers this issue before the Olympics."

For the injury-shortened 2019 season, the 23-year old said he will give himself five points on a scale of 10 as he suffered from back pain and other injuries. He was sidelined for five months through July.

Chung's career best was No. 19 in April 2018, which was also the highest ranking by a South Korean ever, after the surprise semifinal finish at the Australian Open. He gave eight points for this 2018 performance last year.

After returning from the months of injuries, he won the 2019 Chengdu Challenger in August and reached the quarterfinals at the US Open in October.

"I missed half of the season because of the injuries, but I positively overcame them. So it's five points," he said. "I'll start my off-season training next week in Bangkok for three weeks with other players."

He said he will make every effort to stay healthy next year and perform on the court for fans as long as possible.

Chung said he will start his 2020 season at the Canberra Challenger in Canberra, Australia, in January. (Yonhap)