“Although China has grown to a superpower, becoming one of the ‘G2,’ I want people to have more interest in the lives of the ordinary people in China,“ Yan, 61, said on the recent China-US trade war at a press conference held in Seoul Tuesday. ”China’s economy has improved so fast but considering China’s population -- which is 1.4 billion -- you can’t say the country’s economic profit is very huge.” 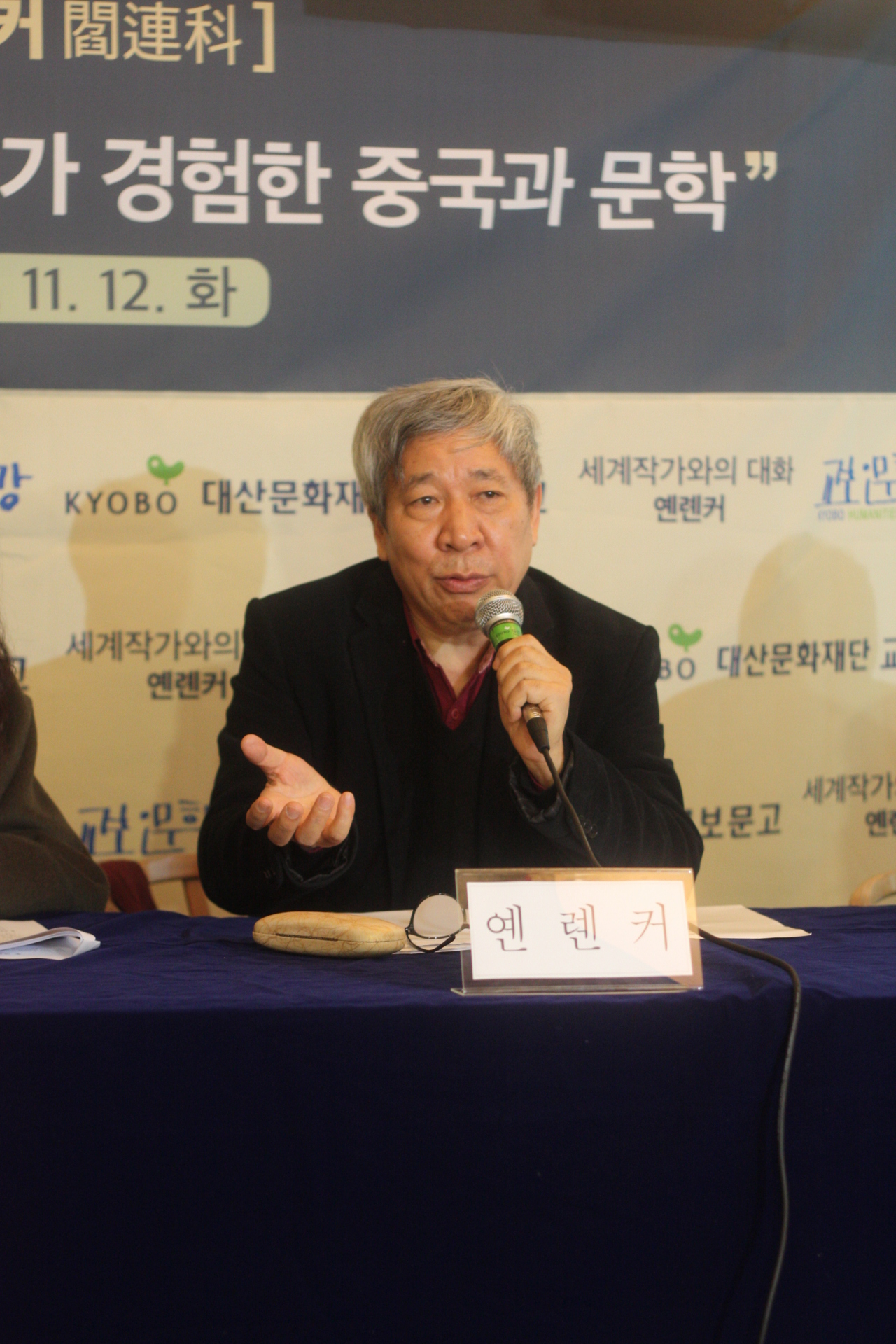 Yan Lianke speaks at a press conference hosted by the Daesan Foundation and the Kyobo Book Center on Tuesday in Seoul. (The Daesan Foundation)
Many of Yan’s satirical novels are banned from publication in mainland China, a country with strict censorship. Due to the censorship, Yan’s novels are better known in foreign countries in their translated versions. His representative works include “The Four Books,” “Dream of Ding Village,” “The Years, Months, Days” and “Serve the People.”

The press conference was held by the Daesan Foundation and Kyobo Book Center as the first event of “Dialogue With International Writers,” which kicked off this year.

Yan was a winner of the Kafka Prize in 2014 and a nominee for the International Booker Prize in 2016. He also has been mentioned as a potential Nobel Prize for literature nominee.

Yan was introduced to Koreans for the first time in 2008 with “Serve the People.” A series of books in Korean are scheduled to be published early next year.

On the ongoing protest in Hong Kong, he said, “All I can say is all efforts devoted to liberty are precious, and a human’s life is more valuable than anything.”

One of his favorite Korean novelists from the young generation of writers is Kim Ae-ran. “I read her piece by chance and I was impressed by her sensibility,” he said.

Although he had not read many Korean novels due to the limited number of translated books available, he said he was impressed by novels written by Han Kang and Hwang Sok-young.

Kim Tae-sung, who translated six novels by Yan into Korean, said Yan’s sentences are beautiful and delicate compared to other Chinese novelists. “The way Yan describes things is quite delicate, and as a translator, I need a lot of effort compared to when translating other Chinese authors. But at the same time, I feel very proud once I complete translating them.”

Yan says whether his novels will be published in his country is not on his mind when he writes. What concerns him most is whether he fully conveys his creativity in his novel. In this sense, he says he has failed as a novelist.

“I have not written a piece that fully proved my creativity,” he said.

“And if I don’t get to write such a piece, then I would say my life would have been a failure.”