Rep. Kim Su-min of the minor opposition Bareunmirae Party said she has drafted a proposal to amend the Framework Act on National Informatization in a way that would introduce “sunfull” (referring to positive comments) education programs at a press conference held at the National Assembly on Tuesday.

“The proposed bill is designed to prevent tragic accidents from occurring due to malicious online comments,” Kim said. “It is time for the public sector to support a campaign that has long been pushed for in the private sector.” 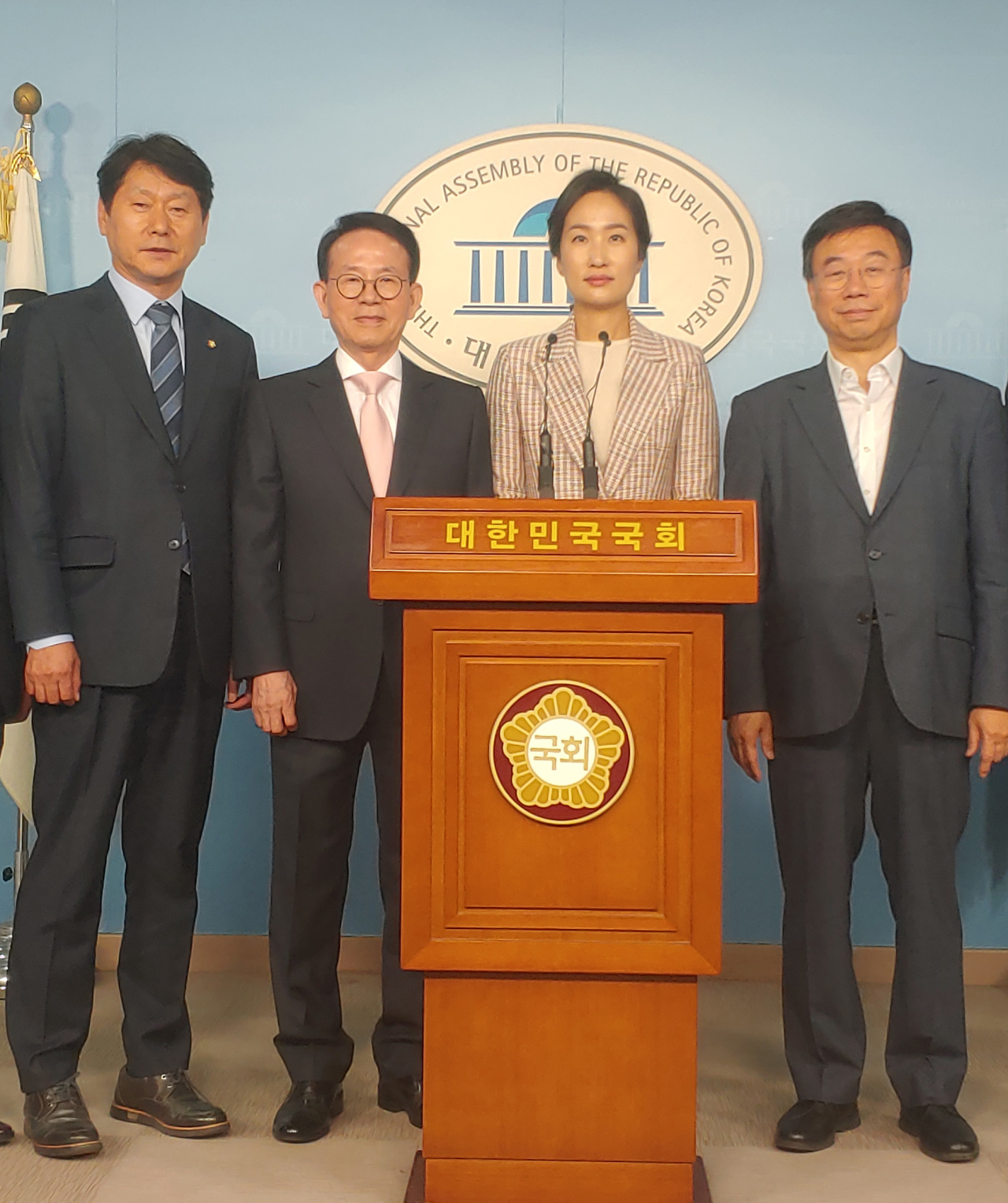 Rep. Shim Ki-joon of the ruling Democratic Party of Korea, Min Byoung-chul, chairman of the Sunfull Foundation, Rep. Kim Su-min of the minor opposition Bareunmirae Party and Shin Sang-jin of the main opposition Liberty Korea Party pose for the camera after holding a press conference on a revision bill to introduce anti-cyberbullying education programs, at the National Assembly in Seoul, Tuesday. (Sunfull Foundation)
The revision proposal by Kim comes after Min Byoung-chul, a Hanyang University professor who has spearheaded the anti-cyberbullying movement as chairman of the Sunfull Foundation, put forth the idea.

“Whenever celebrities were hit by malicious online comments, there were some public voices for drawing up effective measures,” Min said. “We should implement regular anti-cyberbullying programs to prevent negative online comments that could threaten innocent people’s lives.”

Two weeks ago, the country was shocked by news that K-pop star and actress Sulli was found dead by suicide. Sulli, known for her outspoken style, had often been the target of malicious online comments.

Under the revision proposal, it would be mandatory for public agencies, schools and state enterprises to offer anti-cyberbullying education on a regular basis. In addition, the results of the education programs would be reflected in the management evaluation of organizations involved.

The Sunfull Foundation, created in 2007, is set to give awards to 30 lawmakers who have used positive language during plenary sessions in the past year, at a ceremony Monday.