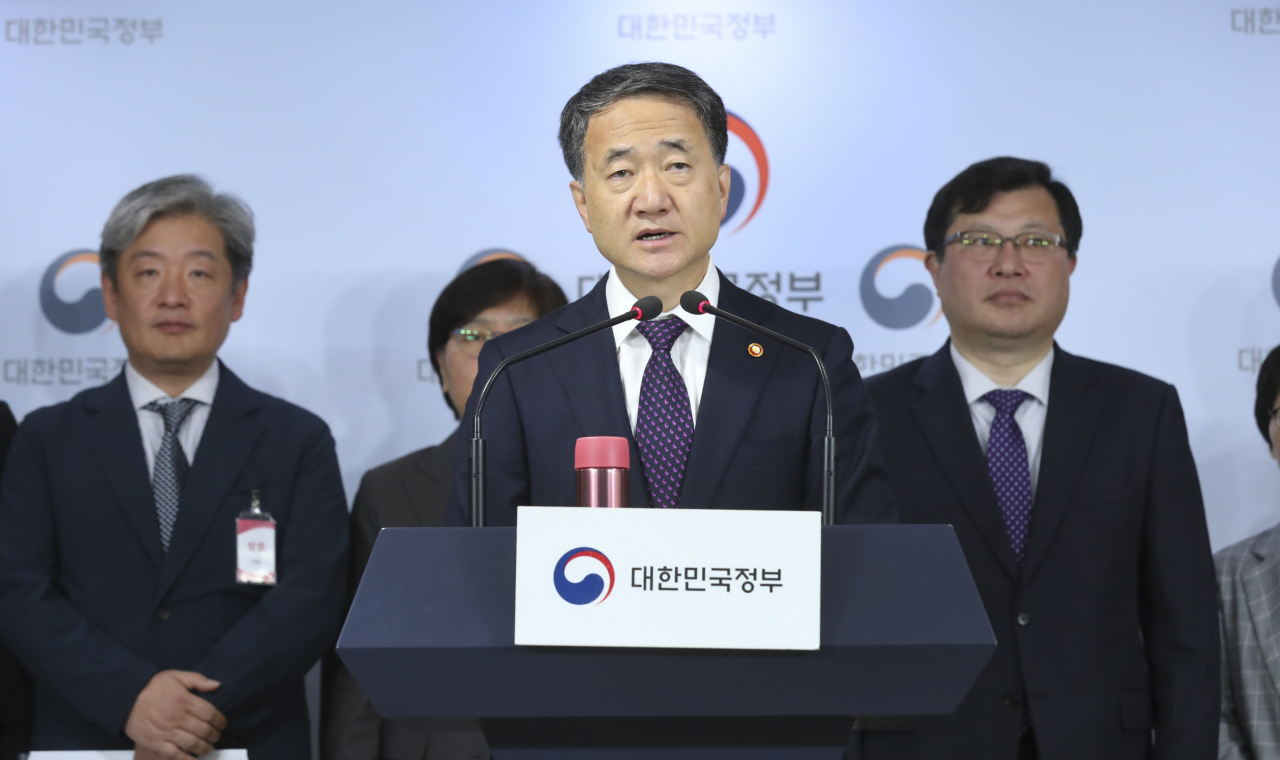 Health Minister Park Neung-hoo speaks Wednesday during a briefing at the government complex in Gwanghwamun, Seoul. (Ministry of Health and Welfare)
On Oct. 8, the first suspected instance of an e-liquid-related illness was reported in South Korea. The patient was admitted to a hospital for acute respiratory symptoms after six months of vaping, and medical staff reported the case to Korea’s Centers for Disease Control and Prevention.