The 17-year-old placed third in snatch with 116 kg, second in the clean and jerk with 151 kg in the 2019 Asian Youth & Junior Weightlifting Championships, which kicked off in the North's capital on Sunday. 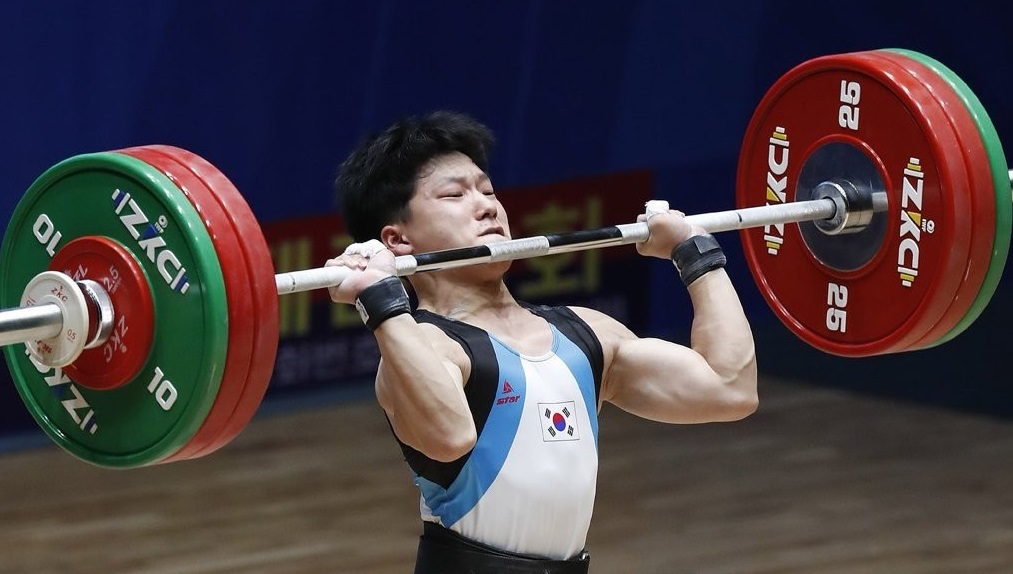 South Korea's rising star weightlifter, Shin Rok, lifts 151 kilograms in his second clean and jerk attempt in men's under-17 61 kg class at the 2019 Asian Youth & Junior Weightlifting Championships underway in Pyongyang (Yonhap)
He added another silver for lifting a combined 267 kg to deliver South Korea its first medal at the event.

The international competition will run until Oct. 27, with around 120 athletes from 15 Asian countries expected to compete. (Yonhap)