Sun, 56, is a former baseball player and manager, who made his professional debut in 1985 as a pitcher for the Korean Baseball Organization’s Kia Tigers in Gwangju. Later, he signed with the Chunichi Dragons of Japan on a four-year loan. He retired in Japan in 2000.

He then returned to Korea and became the manager for the Kia Tigers and then the Samsung Lions. He led the national team for the Asian Games in Jakarta last year. 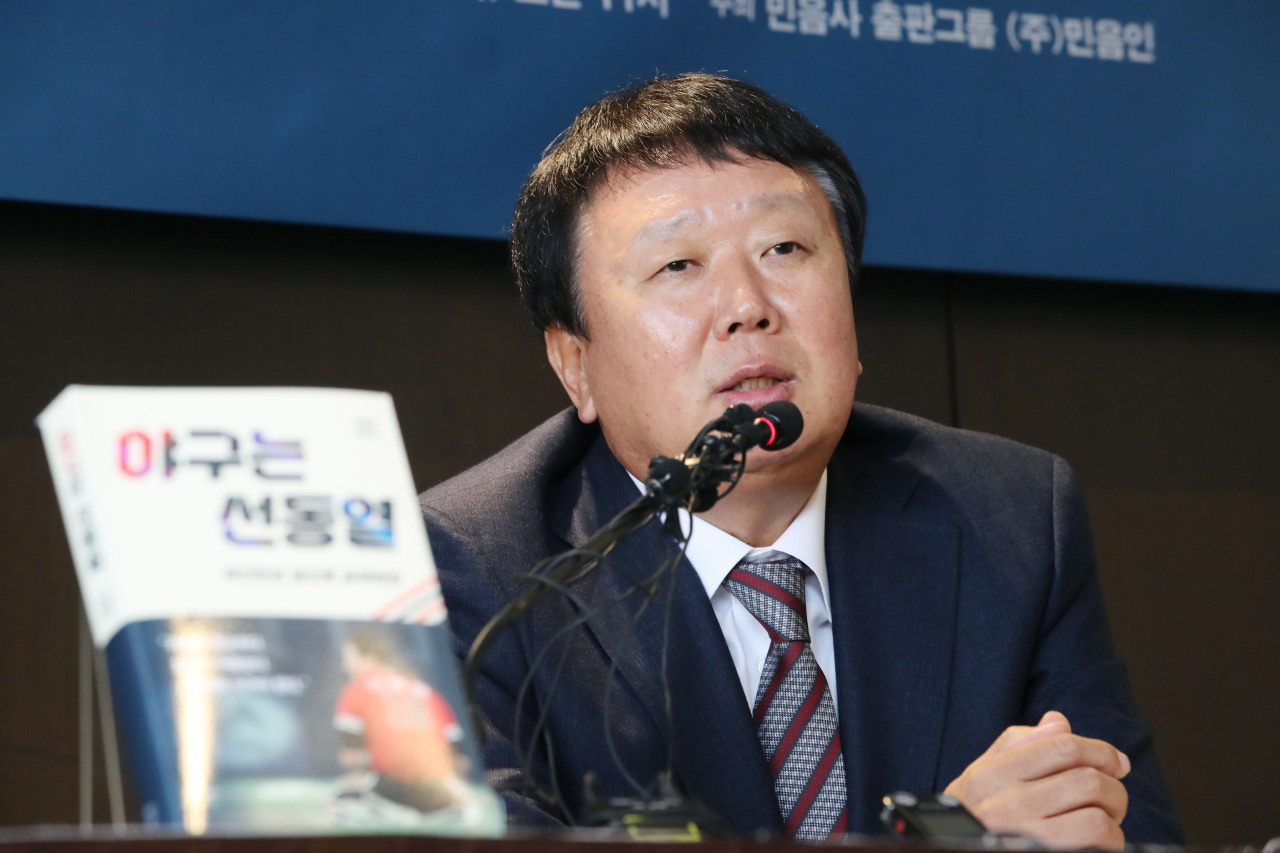 The essay book “Baseball is Sun Dong-yeol” is published under Minumnin. Sun’s first book, released in 1996, was written by a ghostwriter, making the latest the first to have been written by the athlete himself.

“Writing the book, I could look back into my past. The book is mostly about my self-reflection,” he said. “I would like to share my experiences of overcoming failures with young people.”

The book begins with a self-retrospective chapter titled “I Am Not a National Treasure.” Sun was called the “national treasure pitcher” during his early days in Korea.

“I went to Japan with the nickname, but I was in the third league, on a reserve team. I was ashamed of myself,” he said. “Then, I played with the mindset that no matter how the fans might point their fingers at me, I should not be ashamed of myself as I played.”

After struggling for some years, the player eventually found his way up, and earned the nickname “the sun of Nagoya.”

“Now that I think about it, it was the basics that brought me back up when I faced failures, such as the basic ball catching practice, running and weight training,” he said. “Much time has passed since then, but I still recommend this basic training for players, especially young ones.”

In the book, Sun writes that people get three chances in baseball as well as in life. For him, he had his first chance as a player and second as a manager. He wonders what his third chance might be.

“For the remaining one-third of my life, I will study more about baseball, to foster the Korean baseball scene in a better way -- for the fans,” he said.

As part of the effort, Sun will participate in the New York Yankees spring training camp next February, to learn the system of the MLB.