One of the band’s musicians plays the “geomungo” -- a Korean traditional string instrument -- with a violin bow, while another uses a modular synthesizer to create an exotic harmony with it. There are two large video panels that stand together and function like a folding screen, showing colorful visual works. Numerous laser lights create various geometrical patterns that fill the whole performance space. 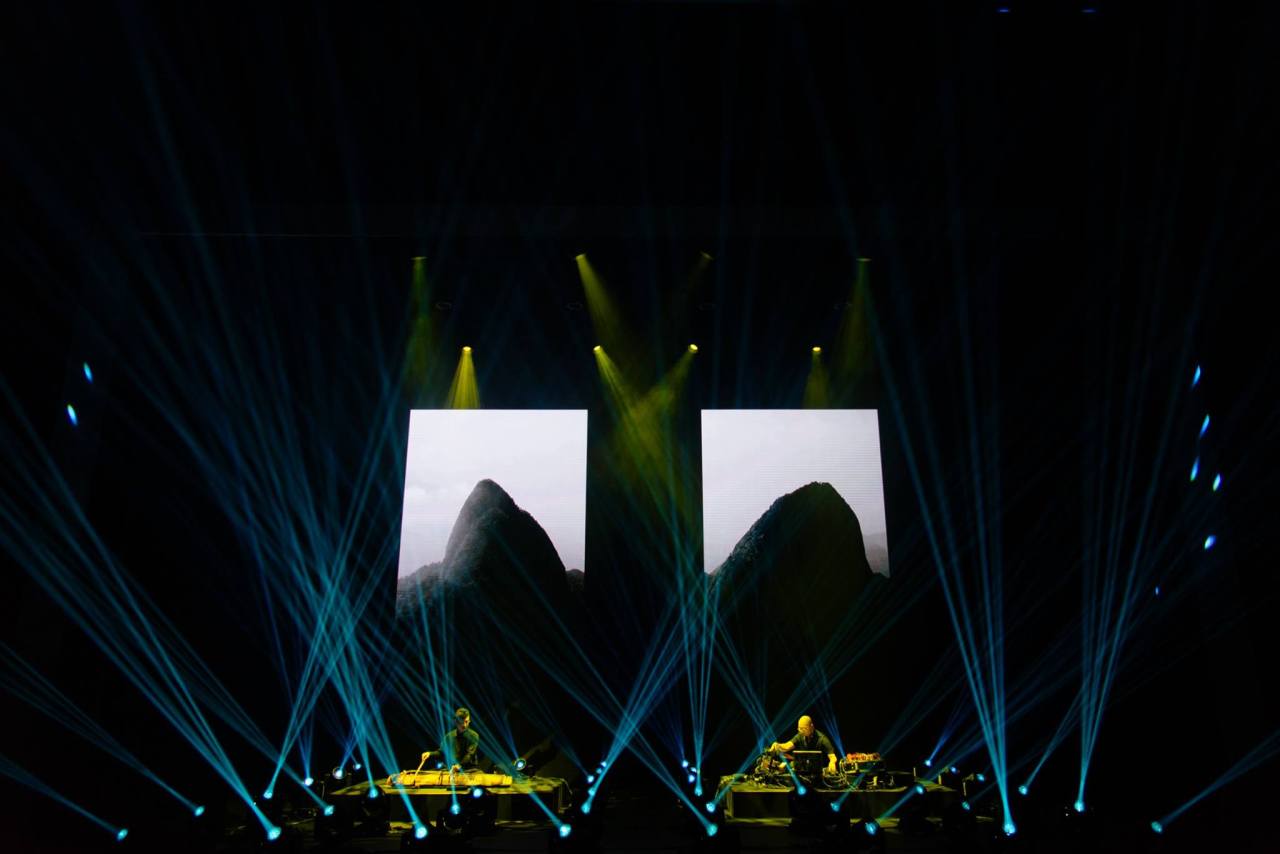 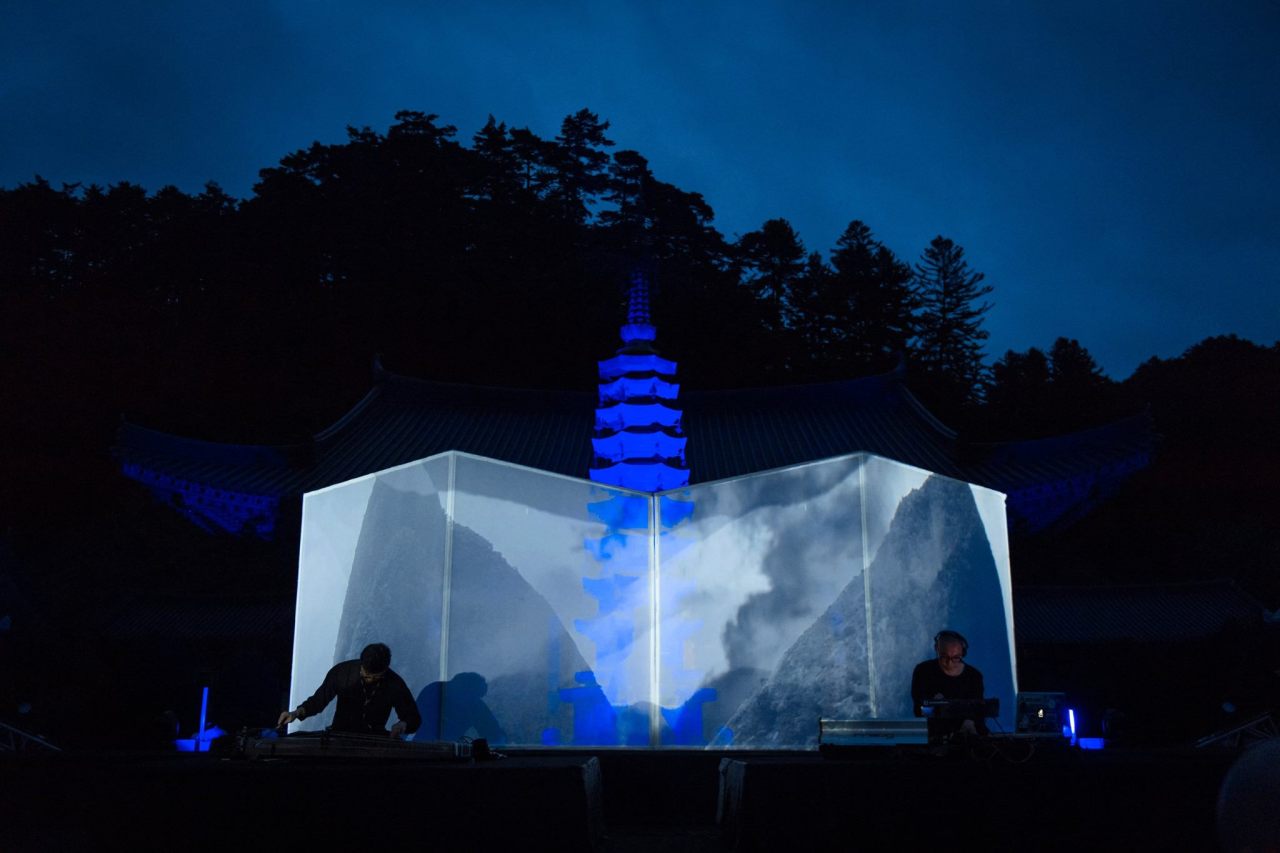 Muto’s 2017 performance at Woljeongsa in Gangwon Province (Muto)
The up-and-coming project band will join Herald Design Forum 2019’s evening event “Art Night” on Oct. 10 in the Grand Hyatt Seoul’s Grand Ballroom, where it will introduce its genre-crossing performance style, which utilizes all available effects to transform a traditional geomungo performance into a flashy contemporary show.

“I think we are living in an era in which we can blend whatever comes to your hand. Science and technology were fields exclusively for scientists and technicians. But now, artists can just jump into them,” said Park Hun-gyu during an interview with The Korea Herald last month after a performance at Seoul Art Space Geumcheon at the opening of Davinci Creative 2019. 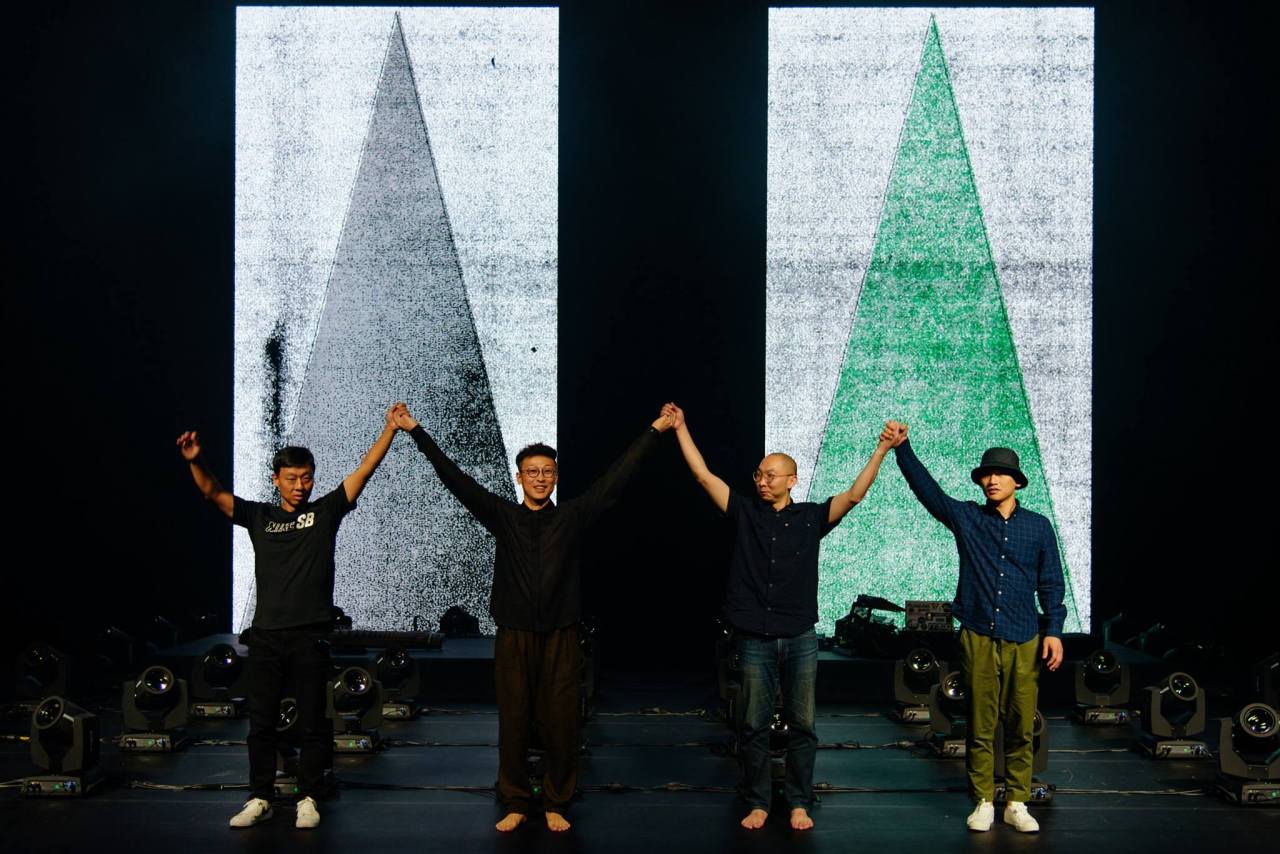 From left: Muto’s members, visual artist Park Hun-gyu, geomungo player Park Woo-jae, electronic dance musician Zeze and designer Hong Chan-hyeok greet the audience at the Yeowoorak Festival in 2017. (Muto)
“The major change I made years ago was the use of a violin bow. I think I have always had enough courage and desire to try new things and make changes. In the process, I happened to find this bow,” geomungo player Park Woo-jae said.

The rather peculiar combination creates sounds that are pleasantly unfamiliar, other members recalled.

“Woo-jae’s music definitely carries sensations you would feel from both Western and Eastern music,” said Fabian Thome, director of Full Time Company and a friend of Park Woo-jae.

“The major difference between playing in Muto and Idiotape is that a geomungo player is sitting right next to me. What I want in Muto is to make Woo-jae’s sounds stand out. My sounds are merely to support him. I think it is quite meaningful to use my sounds to reinvent the sound of our traditional culture,” Zeze said.

While the two musicians collaborate on music, Park Hun-gyu sends out visual images on the tall video panels that stand behind the performers. 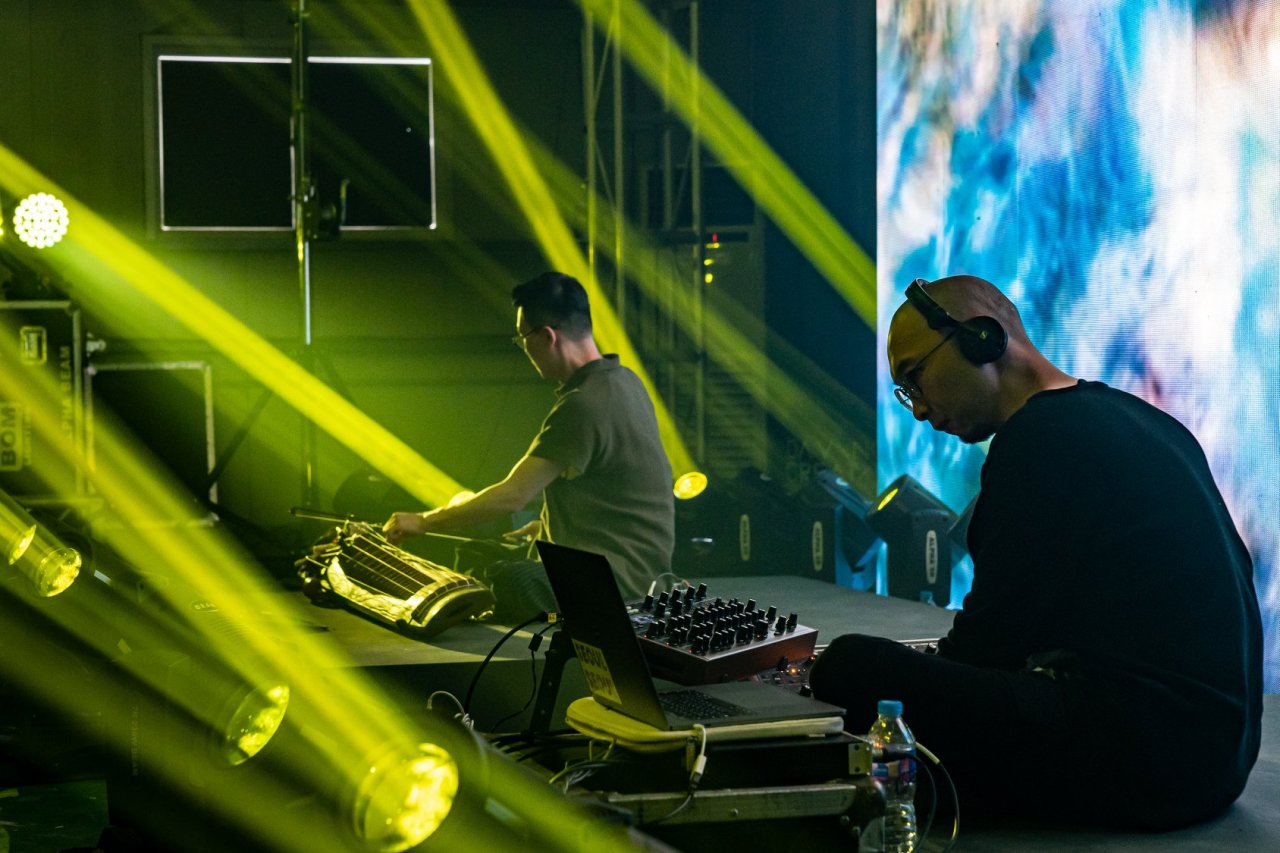 Muto performs on Aug. 23 at Davinci Creative 2019, held at Seoul Art Space Geumcheon. (Muto)
The laser lights are installed at less expected spots in Muto’s performance, even on the floor, as well as on the columns that are installed at the sides, projecting lines of light that travel the whole performance space.

Muto’s refreshing reinvention of Korea’s traditional music, however, was not something the project band had expected.

“We did not start this band with defining that our band is about this or that. We have just been very open to inviting new artists and new collaborations,” Park said.

Their first performance at Teatro San Martin in Buenos Aires in 2016 also took off in a very casual manner. Park Hun-gyu first invited Park Woo-jae, whom he had met at the Arko Young Art Frontier, an annual workshop organized by Arts Council Korea to support young artists. Zeze and Hong Chan-hyeok soon joined the team, just looking for fun and to try something different.

Muto has been a playground where they come to have fun, as the members describe it. They decided to carve time out from their full-time jobs and play together because it’s exciting.

“When I play music, there are lights changing in front of me. Sometimes, I get an impression that I am controlling the lights, the way that they move around. It feels just superb.”

To collaborate with individuals from different backgrounds, they often have to make adjustments.

“If you want to bring two different things together in one place, issues arise that you have to solve. There, you need to look for alternative ways to solve the problems and cope with changes. That’s how Muto functions too,” Hong added.

The team welcomes insights from others because it’s a way to get ideas they otherwise would not have thought of.

“Everyone has his or her own limit. There is a limit to the amount one can experience in life, like there is a limit to how much music one can listen to on iTunes. Muto is where artists bring things that they have learned and experienced to combine them and see what comes out of it,” Park Hun-gyu said.