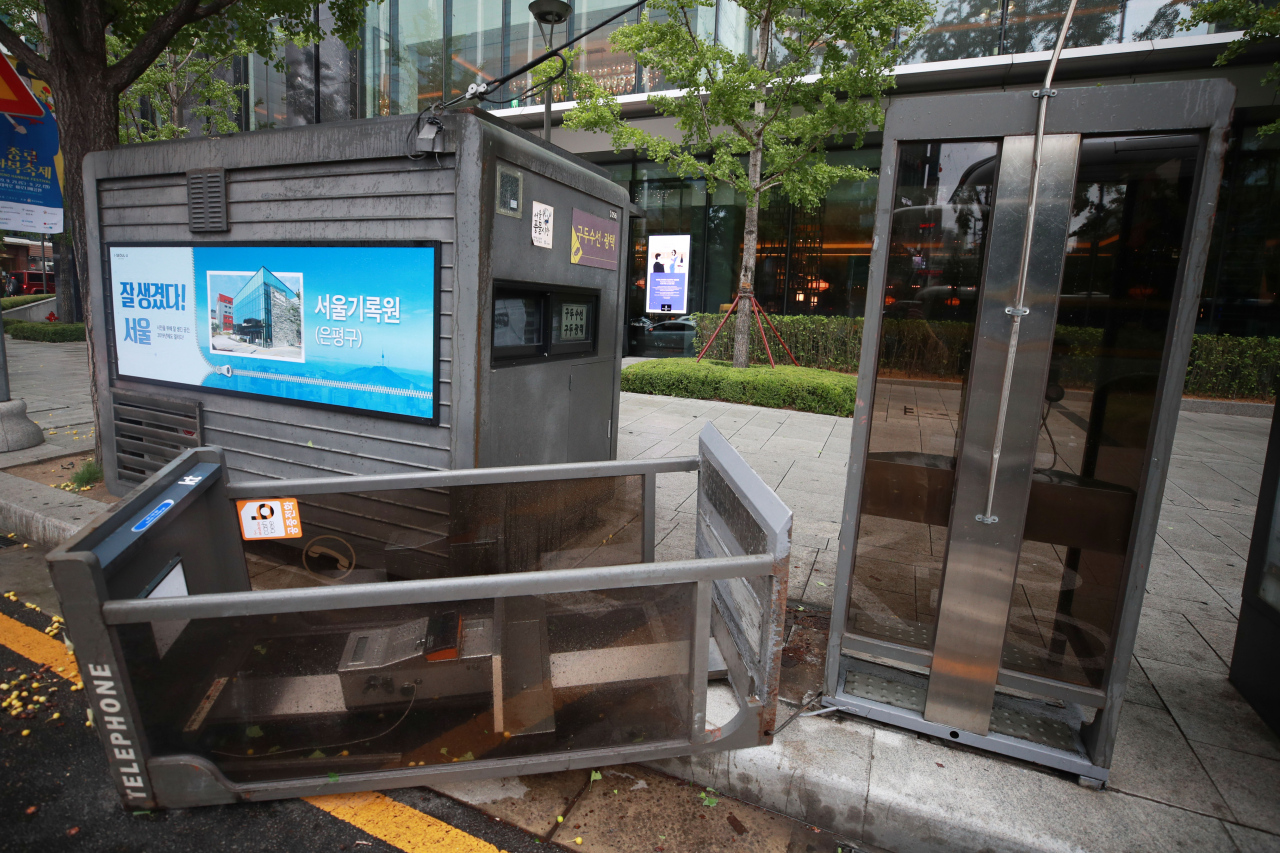 Lingling, this year's 13th typhoon, made landfall here Saturday, killing at least three people. Hundreds of other minor incidents, mostly uprooted trees, have also been reported throughout the nation.

Tens of thousands of homes suffered power outages, with hundreds of passenger flights at major airports canceled due to the fifth-strongest winds ever recorded among the typhoons that have hit the peninsula. Damage to crops has been reported in some areas.

With most of the peninsula out of the influence of the typhoon, the state-run Korea Electric Power Corp. (KEPCO) said it has restored the power supply to 99.7 percent of some 160,000 affected homes as of Sunday morning.

KEPCO said while the latest typhoon followed similar tracks of Typhoon Kompasu and Typhoon Bolaven from 2010 and 2012, respectively, the number of homes suffering power failures was significantly lower.

The two previous typhoons led to blackouts of 1.68 million and 1.97 million households.

"We were able to reduce the scope of damage as KEPCO has been making efforts to reinforce related facilities," the company said.

Around 8,000 workers are currently making efforts to fully normalize the power supply across the nation, the state-run firm said, which supplies most of South Korea's electricity.

Passenger flights at the country's major airports are returning to normal. Ferry service off the country's southern coast is also getting normalized.

A total of around 400 flights in and out of Jeju International Airport in the country's southern resort island were canceled Friday and Saturday, when the island was under the influence of the typhoon.

According to airline and airport officials, some 500 flights will be put in service Sunday to transport passengers grounded at the airport.

"All passengers of flights that were canceled by Typhoon Lingling will be transported (to their destinations) today," a Jeju airport official said.

Though most regions of the country have been out of its direct influence, some areas could have additional rain until Monday, according to weather officials. Local government officials urged people to take extra precaution against possible damage. (Yonhap)