Typhoon winds toppled trees, grounded planes and left thousands of South Korean homes without electricity on Saturday as a powerful storm system brushed up against the Korean Peninsula. 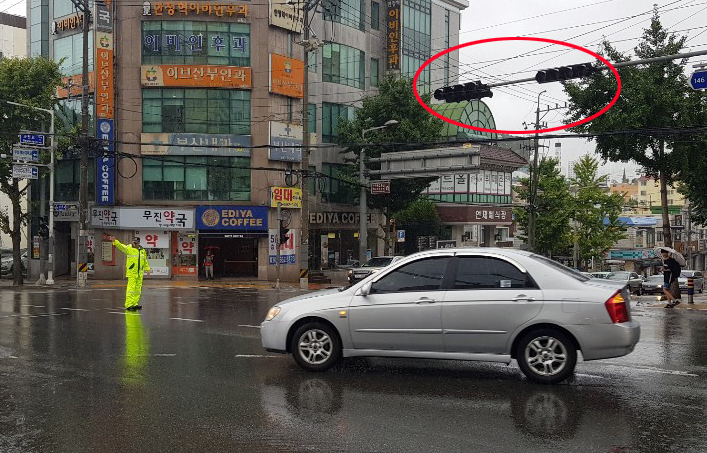 (Yonhap)
The typhoon was passing seas 110 kilometers (68 miles) west of the central mainland city of Seosan as of 12:20 p.m. Saturday, moving north at 42 kilometers (26 miles) per hour with winds of up to 133 kilometers (83 miles) per hour, the Korea Meteorological Association said.

It is expected to affect a broader part of the country as it passes off South Korea’s west coast later on Saturday before making landfall in North Korea at around 3 p.m. The storm was earlier expected to make landfall Saturday evening. 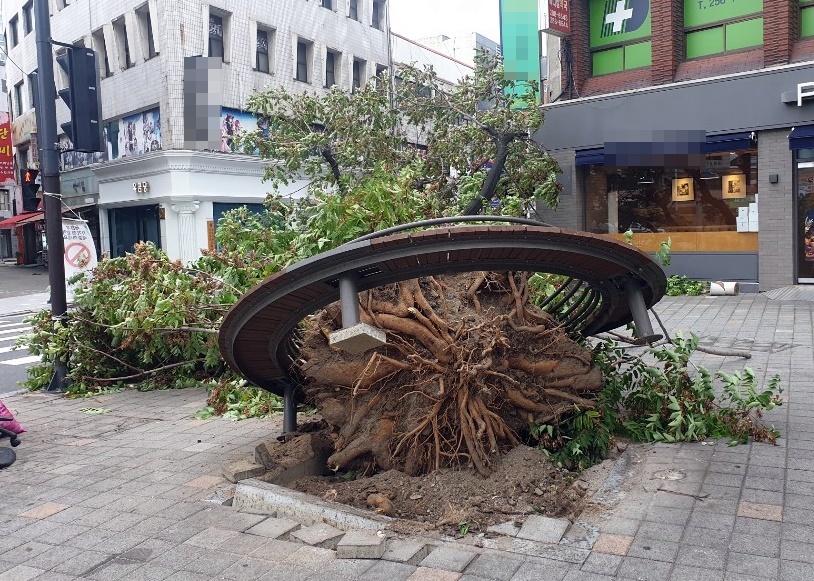 (Yonhap)
The storm toppled trees and streetlamps, blew signboards off buildings and damaged traffic signs across the mainland and Jeju. Dozens of flights were grounded at airports nationwide, while 38 people were forced to evacuate from their flooded homes in Gwangju, a city near Seoul.

Five cars were destroyed in the eastern city of Wonju after a tin panel blew off the roof of an apartment building and crashed into a parking lot. Fire crews in the western port city of Incheon responded to some 100 calls reporting typhoon-related damage, including destroyed walls, knocked off signboards and fallen trees.

National parks were closed as were southern ports on the mainland and major cross-sea bridges. South Korea’s weather agency has warned of flooding, landslides and structure damaged caused by strong rain and winds expected nationwide through early Sunday.

The storm could inflict more serious damage as it passes through land in North Korea, an impoverished nation that for decades has struggled to deal with natural disasters.

Kim called for his military to drive national efforts to minimize damage from the typhoon, which he said would be an “enormous struggle” that would require the entire country to step up, KCNA said.  (AP)