Kim is an up-and-coming theater director whose works aim to increase awareness of social and political issues. She currently leads the New Universe Theatre Company and is a DAC artist. 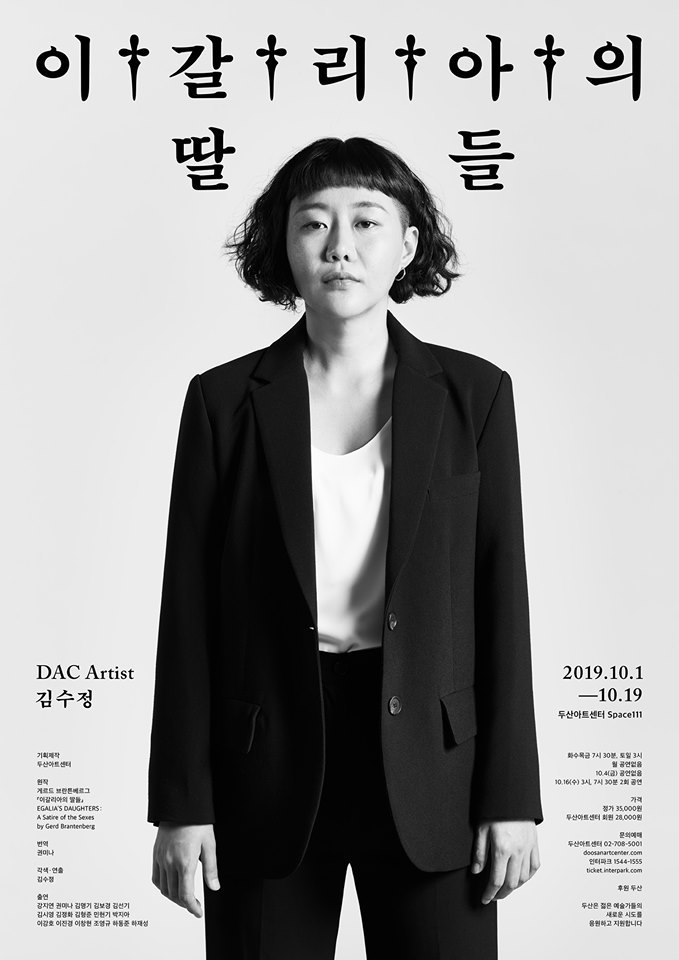 The Korean version was developed during a workshop in 2018. In it, Kim looks at the notion of equality and keenly observes different kinds of discrimination and hatred that stem from differences in gender, age, occupation, nationality, ethnicity, ideology and sexual orientation.