Laboratory Dance Project, a South Korean contemporary dance company that marks its 20th anniversary next year, is collaborating with guest choreographers in a project that might just lead to a stylistic breakthrough.

The dance company has invited two well-known Korean choreographers, Jung Young-doo and Kim Seol-jin, in “Triple Bill,” its latest production that will run Sept. 26-29 at LG Arts Center in Seoul. 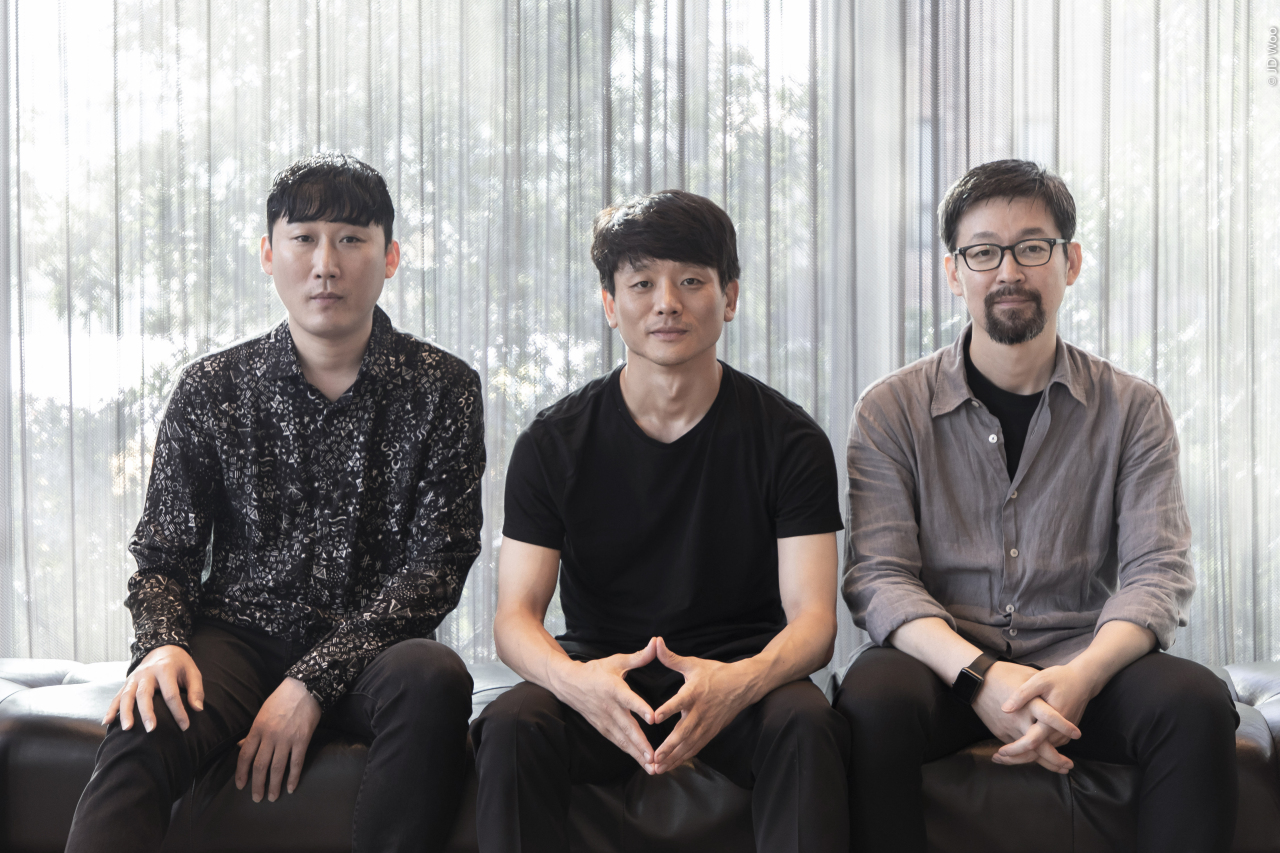 Early last year, LG Arts Center offered LDP an opportunity to invite and collaborate with choreographers from outside, an unusual practice in Korea where there is a dearth of large-sized contemporary dance companies that can take on such collaborative initiatives.

Kim said he accepted the offer as he was certain that LDP dancers would improve by experiencing the different styles of other choreographers. He has seen greater benefits of collaboration among choreographers with a stylistic breakthrough, rather than the challenges posed by their differences.

“Triple Bill” consists of new works by each choreographer: “Momburim” by Kim Dong-kyu, “Dawn” by Jung Young-doo and “Marram” by Kim Seol-jin.

In creating “Momburim,” LDP’s Kim employed a rather innovative methodology.

"We have been constantly on the move in the past years, performing and dancing. But then, I thought we might have reached a point where we are caught up imbuing meanings with our movements,” Kim said.

Kim said that he decided to move away from being superfluous.

“Instead of allowing the dancers to move as they wish, we restricted their movements in our creation processes,” Kim said.

Kim said he focused on capturing the movements that occasionally stand out when the dancers are not allowed to move or when their movements are restricted.

For two hours, Kim would ask the dancers to stand still or move while one’s palm is fixed to that of another, for instance. Then, they were asked to spend an hour to move as they wish.

The compilation of physical outbursts in the last one hour became the source for Kim’s 35 minute-long “Momburim,” according to the artistic director.

Jung’s “Dawn” is a work comes with more expressive and delicate movements.

“The work is about dawn, its atmosphere and various emotions that we feel at that time of the day,” Jung explained.

“At dawn, you feel various emotions. Memories and emotions of the past day still linger, while the liveliness of the new day awaits. The light gradually fills out the dark, creating a mystical atmosphere. I wanted to describe those things,” he said.

Overall, the choreography is characterized by a coherent and continuous flow.

To maximize the flow, Jung tried to minimize splits between movements. He also asked the composer to minimize beats, which may interrupt the flow and the quiet atmosphere that he wanted to depict.

“Marram” by Kim Seol-jin is a production made up of episodic dance phases.

“The choreography does not have spectacular or exciting scenes. Instead, it comprises of short episodes, with which the audience can associate their memories or experience,” said Kim.

“For instance, I present a scene where one gives a bunch of flowers to another. There, the audience might oddly think of how to discard it later (instead of thinking how romantic the scene is or how beautiful the flowers are),” Kim said.

“All I do is to present scenes, and the audiences’ response to the scenes or memories they associate with them can always be different,” Kim said.