[ The Korea Herald – Send E-mail ]
'Let Them Eat Money. Welche Zukunft?!' to get Korean premiere
By Shim Woo-hyun
Published : Aug 27, 2019 - 17:36
Updated : Aug 27, 2019 - 17:41
Political drama constitutes one of the backbones of German theater, particularly that of the 20th century, and “Let Them Eat Money. Welche Zukunft?!” is a contemporary production in that tradition. 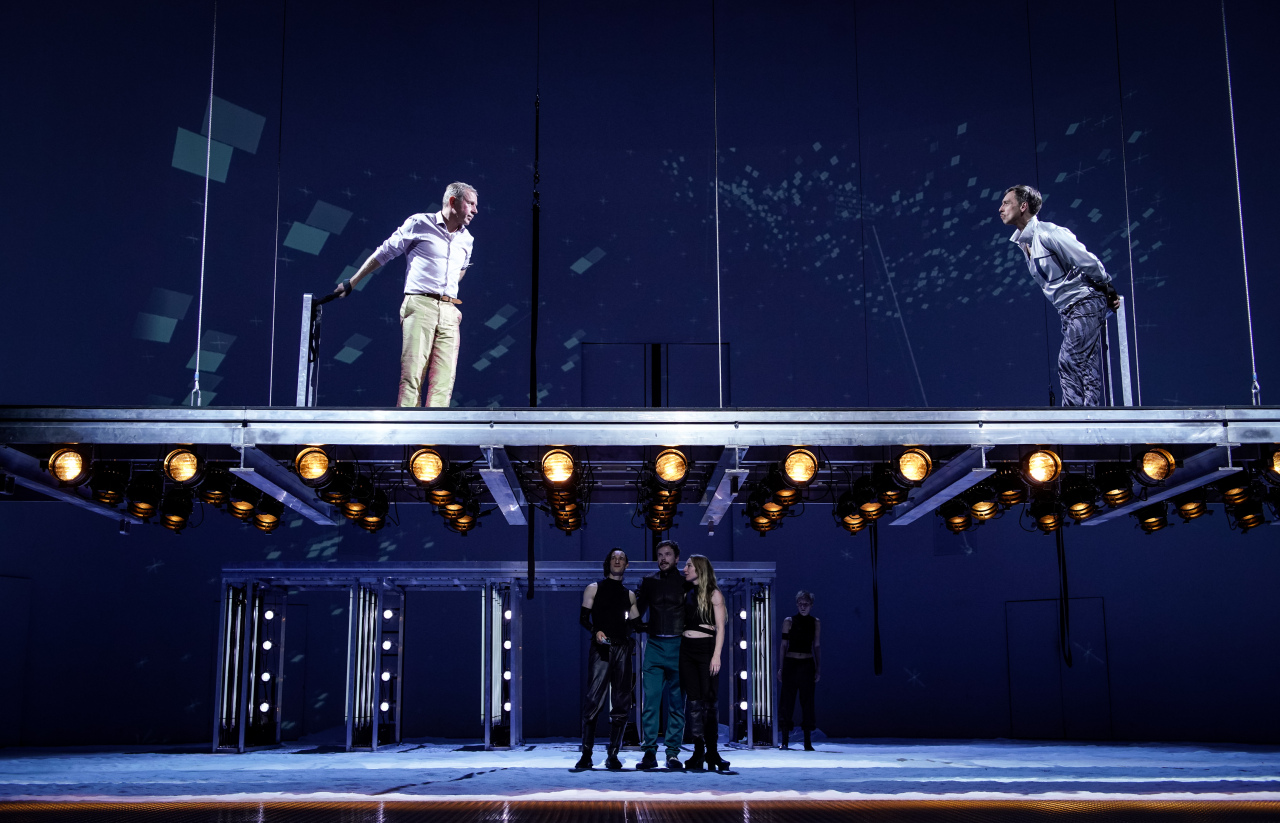 A scene from “Let Them Eat Money. Welche Zukunft?!” (LG Arts Center)
The German play -- which premiered in Germany last September, the latter part of whose title means “Which Future?” -- will have its South Korean premiere Sept. 20-21 at the LG Arts Center in Gangnam-gu, Seoul.

Directed by award-winning film and theater director Andres Veiel, the play deals with a potential financial and political crisis that could hit Europe in the next decade.

It started out as a collaboration between Deutsches Theater Berlin and the Humboldt Forum in the Berlin Palace. During a two-year research process, its creators invited public participation.

In a series of workshops and symposiums, academics and citizens from different backgrounds imagined Europe in 2028, the continent devastated after a financial crisis in 2026. The participants were also asked to speculate as to the chain of events that preceded the calamity.

In the script by Veiel and his collaborator Jutta Doberstein, Italy withdraws from the European Union in 2023.

The play, which starts in 2028, traces its way backward as a group of vigilantes decide to kidnap the politicians responsible for the policies that led to the disaster. The vigilantes then interrogate the politicians and stream the interrogations online. The audience plays the jury.

In the play, Italy’s exit from the EU results in Europe introducing a universal basic income. The unsustainable measure, however, leads the continent to fall into chaos. The euro loses its value, and member countries adopt cryptocurrencies.

The play also envisions other potential social and environmental issues as imminent threats, such as a catastrophic drought in Iran, robots replacing human labor, government surveillance and control over data, and a crisis of democracy. 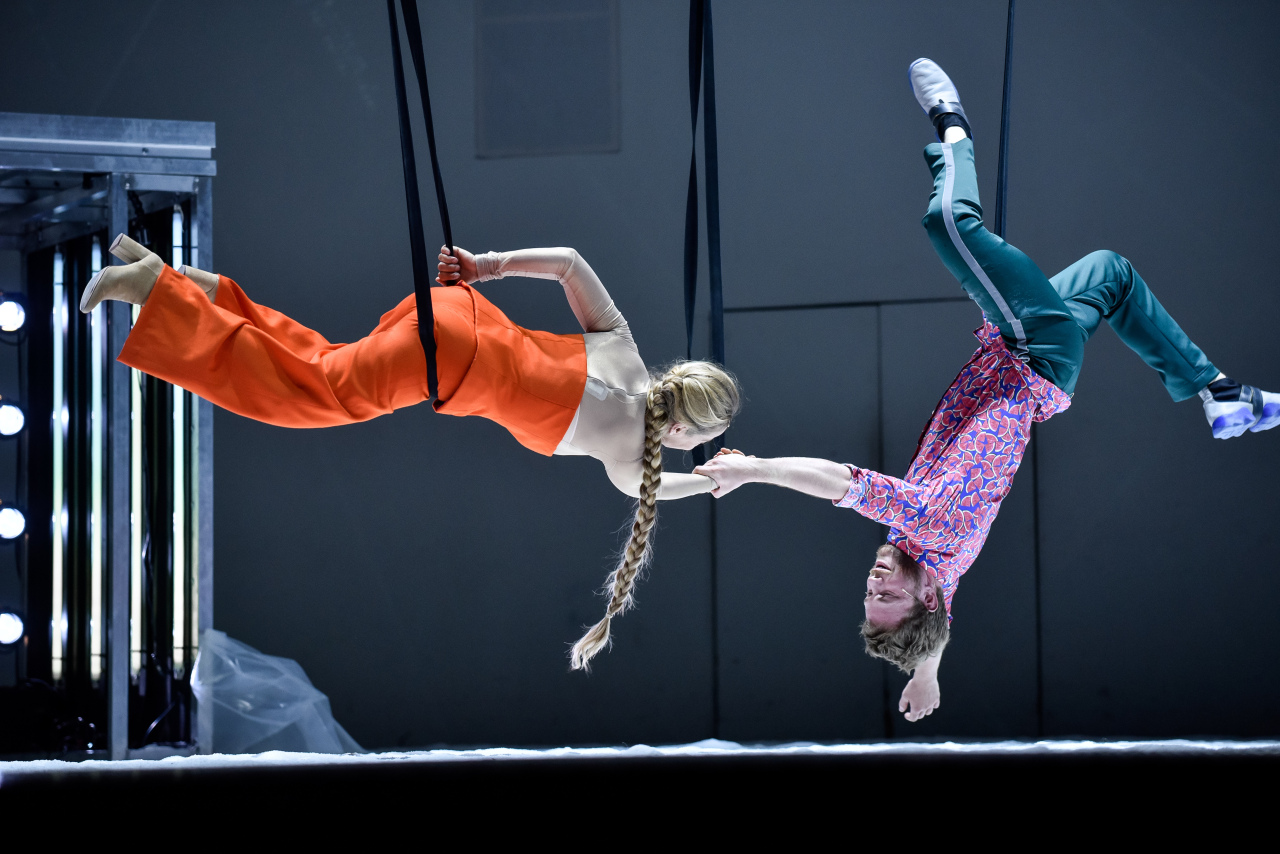 A scene from “Let Them Eat Money. Welche Zukunft?!” (LG Arts Center)
The detailed descriptions of the political and economic fallout and the steps that Europe took to arrive there allow the audience to think about how they would feel in the characters’ shoes, not be overwhelmed by the dystopia.

The futuristic stage, which includes video projections, installations and acrobatics, is also likely to grab the attention of the audience.

With “Let Them Eat Money. Welche Zukunft?!” Deutsches Theater Berlin makes its first visit to Korea in five years. Its first was in 2014 with “Diebe.”