Based on a play of the same name written by Edmond Rostand in 1897, the love story of Cyrano has grown in popularity across the world, being adapted into films, a drama, a novel, and finally to a musical in 2009 by legendary duo, Leslie Bricusse and Frank Wildhorn, known for their work with epic musical “Jekyll and Hyde.” The piece premiered in Korea in 2017. 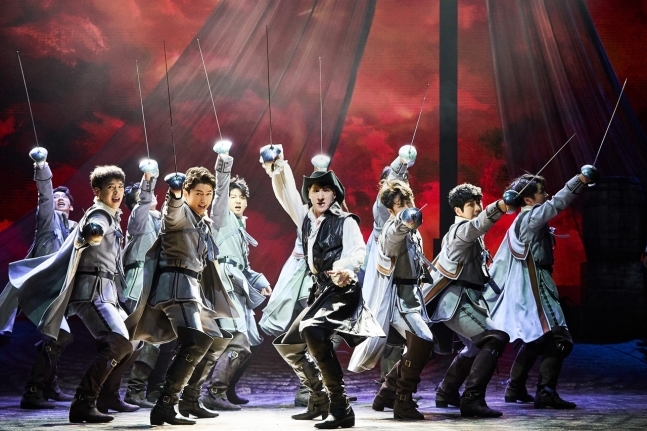 Musical “Cyrano” (CJ ENM)
The story is set in mid-17th century Paris and follows Cyrano de Bergerac, a nobleman who is the leader of the Cadets de Gascogne. He is a gifted duelist, a poet and a storyteller. But, ashamed of his extremely large nose, he is unable to express his love for Roxane.

Meanwhile, Roxane falls for handsome new cadet Christian, and asks Cyrano to befriend and protect him. Unable to tell Roxane of his true feelings for her, Cyrano agrees to do so.

Christian, despite his good looks, cannot speak well in front of women. For Christian, Cyrano becomes his mouth and pen, writing love letters to Roxane. Cyrano becomes the bridge of love between Roxane and Christian.

It is simply a love tragedy. Though Cyrano immediately falling in love with his distant cousin whom he has not seen for years does not really convince the audience, the courageous nobleman charms the audience with his unmatchable wits and unwavering passion for Roxane.

The stage art is eye-catching. The scenic design changes from a bakery, theater, battlefield to an abbey, avoiding even a hint of redundancy. Videography complements scenes, overcoming the limitations of a stage art. Also, a projection of the moon is effectively used to symbolize Cyrano.

The rotating stage adds another dimension to the story, used to heighten suspense when there is a duel or a battle. The ensemble’s choreography is beautifully spread out across the whole stage.

Musical actor Tony Ryu, who is also the creative producer, plays Cyrano, a part that he shares with Choi Jae-woong, Lee Kyoo-hyung and Jo Hyung-gyun. Park Ji-yeon and Na Ha-na were double cast for Roxane, and Song Won-geun and Noah Kim for Christian. 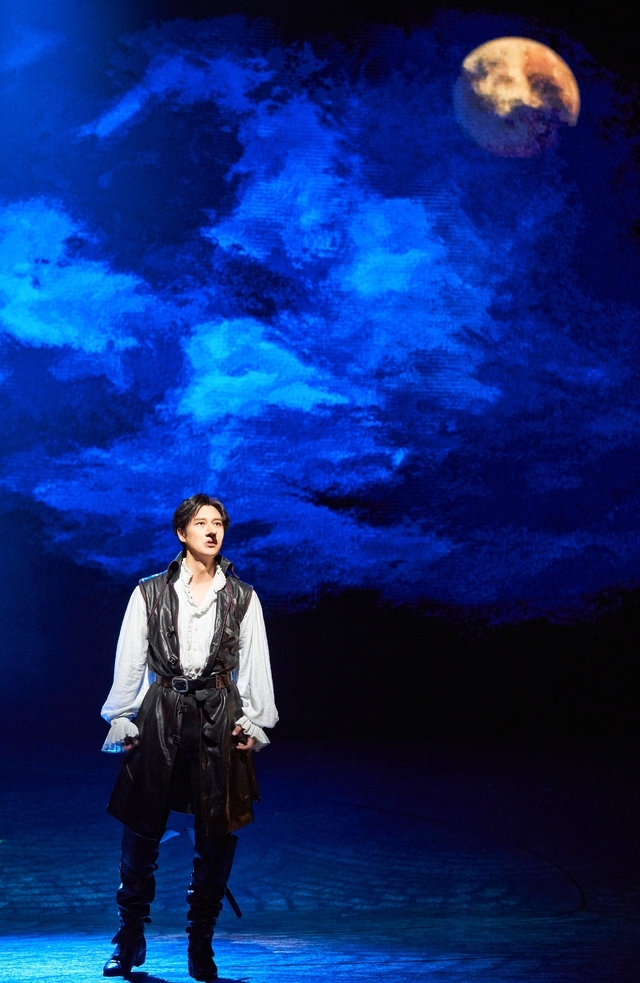 Musical “Cyrano” (CJ ENM)
Compared to the 2017 version, Roxane is depicted as more active and adventurous. In one of the newly added lines for this season, she says, “I am learning fencing and writing a literary magazine for women,” indicating a more forthright and adventurous side to her personality. 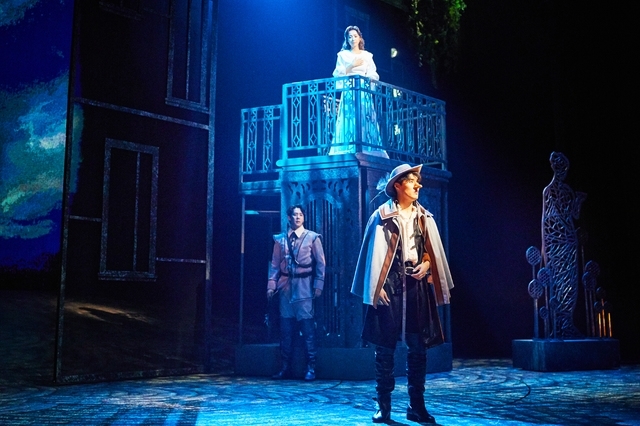 Musical “Cyrano” (CJ ENM)
Also, the play puts the spotlight on love life of Cyrano. While Cyrano’s tragic, heroic life has been the focus in the previous season, in this season, the emphasis is on his faithful love to Roxane.

The musical, written by Frank Wildhorn, is famous for its beautiful 24 numbers, too. While they are all good, “Alone,” “Bring Me Giants,” “The Gascons,” and “Love is here at Last,” are the highlights.

What’s disappointing is that much of the beauty deriving from the poetic lines and verses of the original are absent in the Korean version, perhaps lost in translation. Some metaphors are too much to bear in Korean, making Cyrano seem quite corny.

There were also some sound issues at the performance The Korea Herald went to. “Cyrano” has beautiful numbers but sometimes the overall volume can be too much to handle for the audience. Actors are forced to speak and sing even louder to make themselves heard over the loud music.

Despite the drawbacks, the musical managed to receive a standing ovation at the curtain call. Overall, it is an easy musical to follow with humors and a charming love story, backed by beautiful numbers.