In addition to vegans, these shops attract people with food allergies or atopic diseases, mothers of newborns and customers simply seeking healthy alternatives.

The Korea Herald checked out four of the most talked-about shops in Seoul. 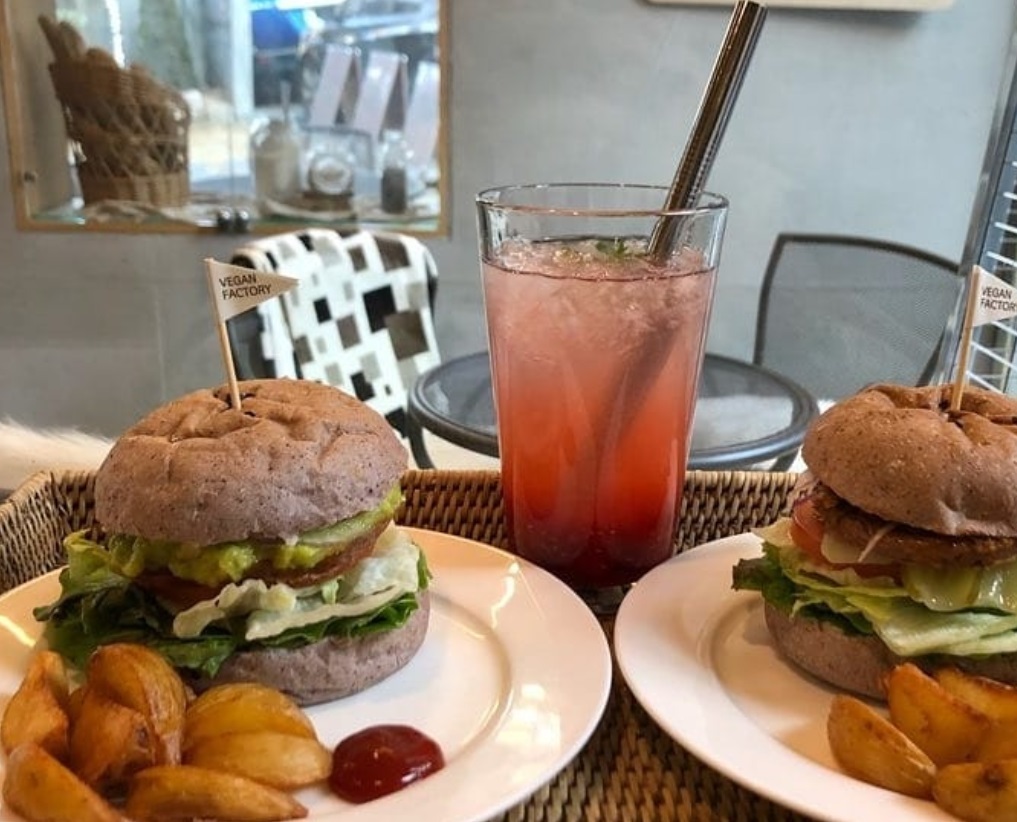 “When the bakery first opened, many people did not know what being vegan really was all about, but Yummyyomil spread the awareness that vegan food can also be delicious,” said Kim Sung-mi, CEO of Yummyyomil, a vegan bakery near Hapjeong Station.

Kim was inspired to start the business in 2017, when she realized that many people with dietary restrictions had limited access to healthy baked goods.

Yummyyomil’s products are made to meet the needs of vegan and diabetic adults, children with atopic diseases and health-conscious people. Nevertheless, they are made with popular taste in mind. “Though it is vegan, we develop and produce products that everyone can enjoy,” said Kim.

Items such as the popular cream bread use as few ingredients as possible, with the main staples being rice flour, soy milk “egg” replacement, vital wheat gluten and organic sugar.

With a cozy store and a larger-scale online ordering and production platform, which began at the beginning of the year, Yummyyomil’s ultimate goal is to expand beyond Korea. 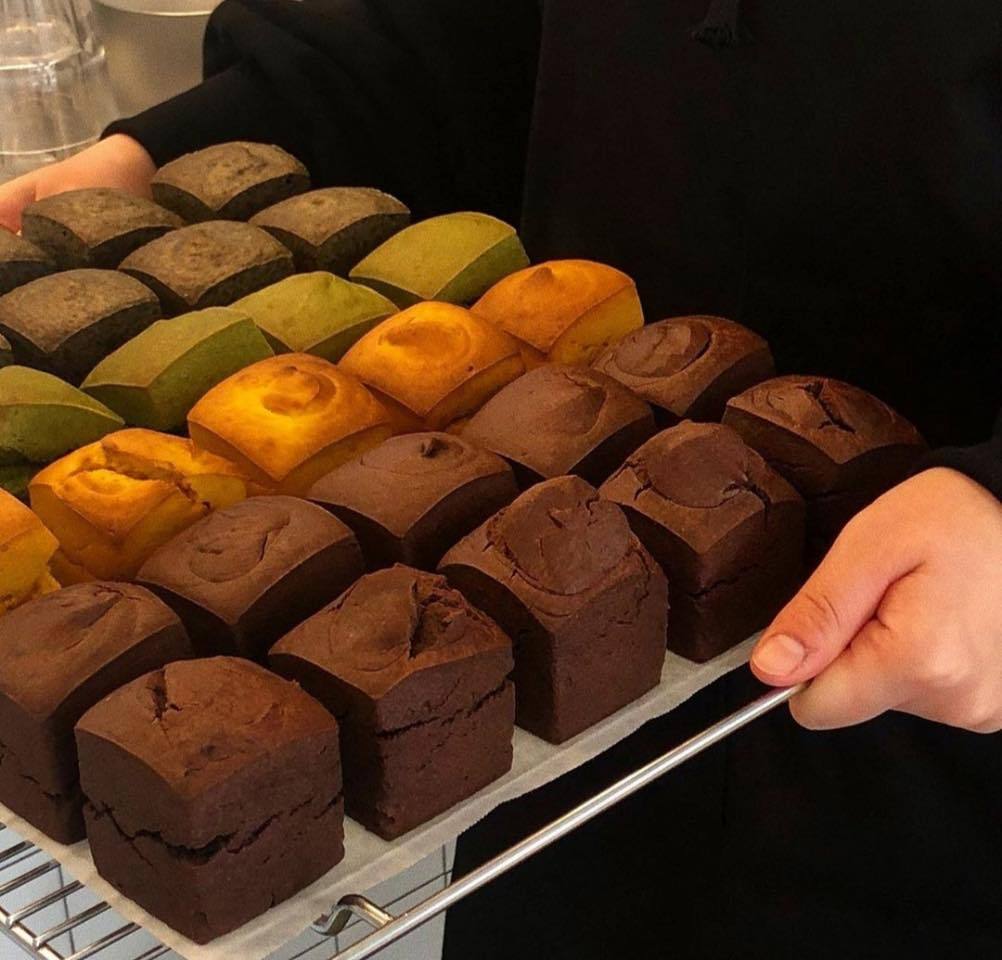 Vegans were able to enjoy the store’s products because of its strict standards.

CEO Lee Ah-ram said, “We do not see our cafe as a vegan bakery, but rather a cafe that only uses healthy ingredients. This is how we differentiate our bakery from others.”

Due to Lee’s allergies to ingredients such as milk, eggs, and butter, she began to study baking techniques that did not use animal products and eventually opened this shop.

As well as not using animal products, such as eggs, butter and milk, Pan Honesta even refrains from using flour and sugar.

One of its most popular products, tofu cake, is made out of premium tofu that contains dietary oil and various nutrient-filled soybeans. It comes in various flavors. Although the cake is small, it is very dense and filling.

Another favorite among customers is a tart created with cacao-rich dark chocolate.

Lee says the spread of the vegan culture is a positive phenomenon. Although she did not intend to open a vegan bakery, Cafe Honesta has helped people to be more open-minded about veganism. 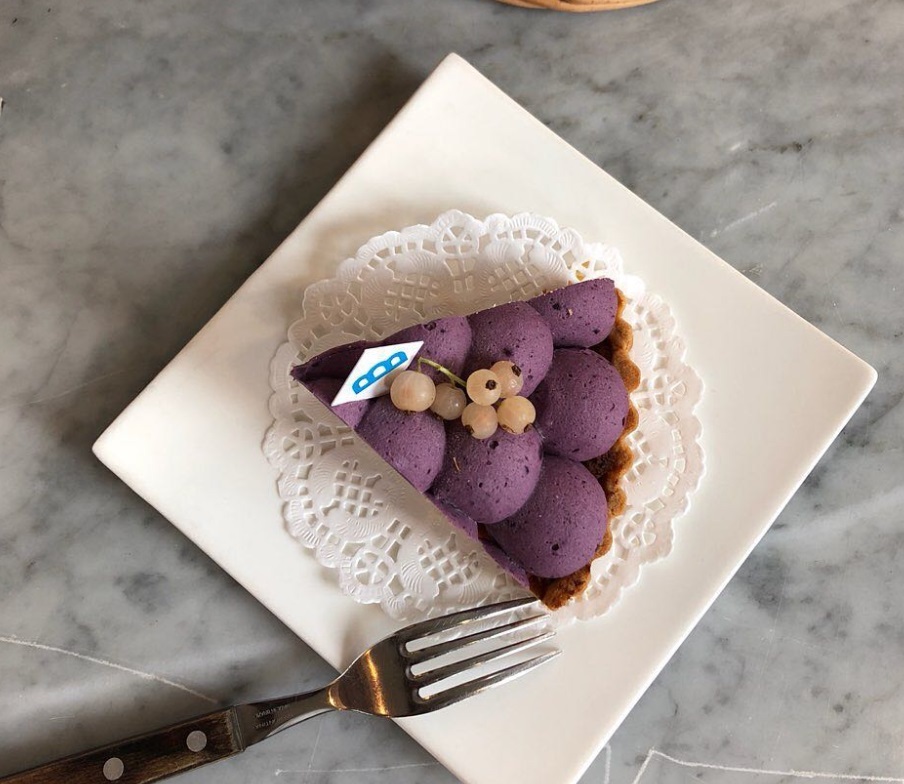 A sweet potato and pumpkin tart, called Hoguma
“No eggs, no butter, no milk” is etched onto the storefront of The Bread Blue bakery and cafe near Sinchon Station.

Here, the owner has one goal: to make vegan food accessible, readily available and ultimately a standard part of Korean culture.

Inside the store is a menagerie of vegan baked goods and treats. Traditional Korean baked fare such as red bean and soboro bread adorn the shelves of the quaint cafe, but with a vegan twist.

The shop offers a whole slew of products, including trendy items like milk-free, vegan macarons.

The Bread Blue CEO Moon Dong-jin wanted to show it is possible to have a vegan bakery that values both health and diverse tastes. “Our concept is to standardize vegan culture and to experiment with various vegan products that we do not already make,” he said.

Going vegan is still perceived here as bizarre or slightly odd, said Moon, and the shop seeks to counter this prejudice by expanding its stores and online platforms.

The Bread Blue also strives to be environmentally conscious.

“People go vegan for different reasons. Some vegans are concerned about the environment, so keeping this in mind, we try to make our cafe itself more environmentally friendly by replacing plastic straws with metal straws, for example,” Moon said. 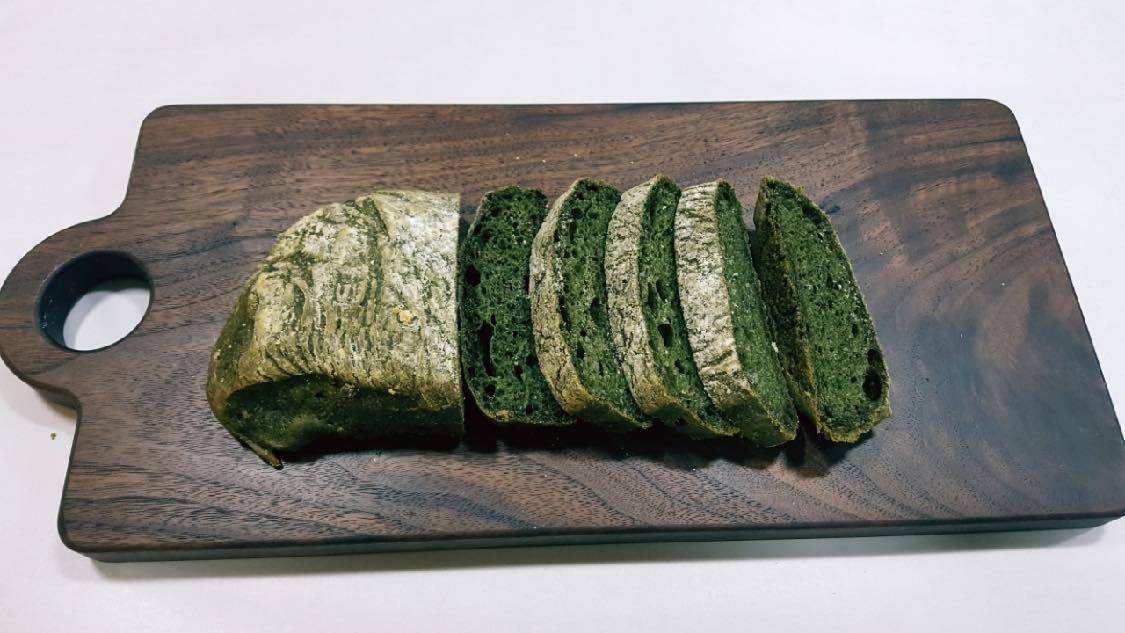 A vegan himself, he started baking pastries that he could eat in 1998 after realizing how rare veganism was in Korea.

The bakery offers a wide variety of goods that refrain from using eggs, butter, milk and refined sugar. It only uses a controlled set of ingredients, such as rice bread, whole wheat, organic wheat, rye, domestic beans and mandarin oranges.

Ooh Breado only uses domestic healthy crops that Woo carefully picks, though these may be a bit pricier than those used by other bakeries.

The store’s most popular product, sweet pumpkin cube, is made from domestic white rice and black rice, filled with sweet pumpkin puree and red bean jam. Almond streusel is sprinkled over the top of the delicious cube.

The bakery also offers mugwort chia butter bread and tofu pizza rolls, among many other options.

Going vegan became more common here recently, but it was tough living as a vegan three to four years ago, Woo recalls.

“The biggest difficulty? It’s the same for any other minority group. We are naturally discriminated by the majority group without even realizing,” he said, noting how almost no one at gatherings bothers to think about whether someone is vegetarian or not.

“It’s just a matter of taste. It’s not like we -- the minorities -- did anything wrong. You just like something, and so vegetarians just like vegetables,” Woo said.