“Swing” is a contemporary dance piece of the state-run dance company’s Director Ahn Sung-soo. It had its premiere in April last year and received a positive response. 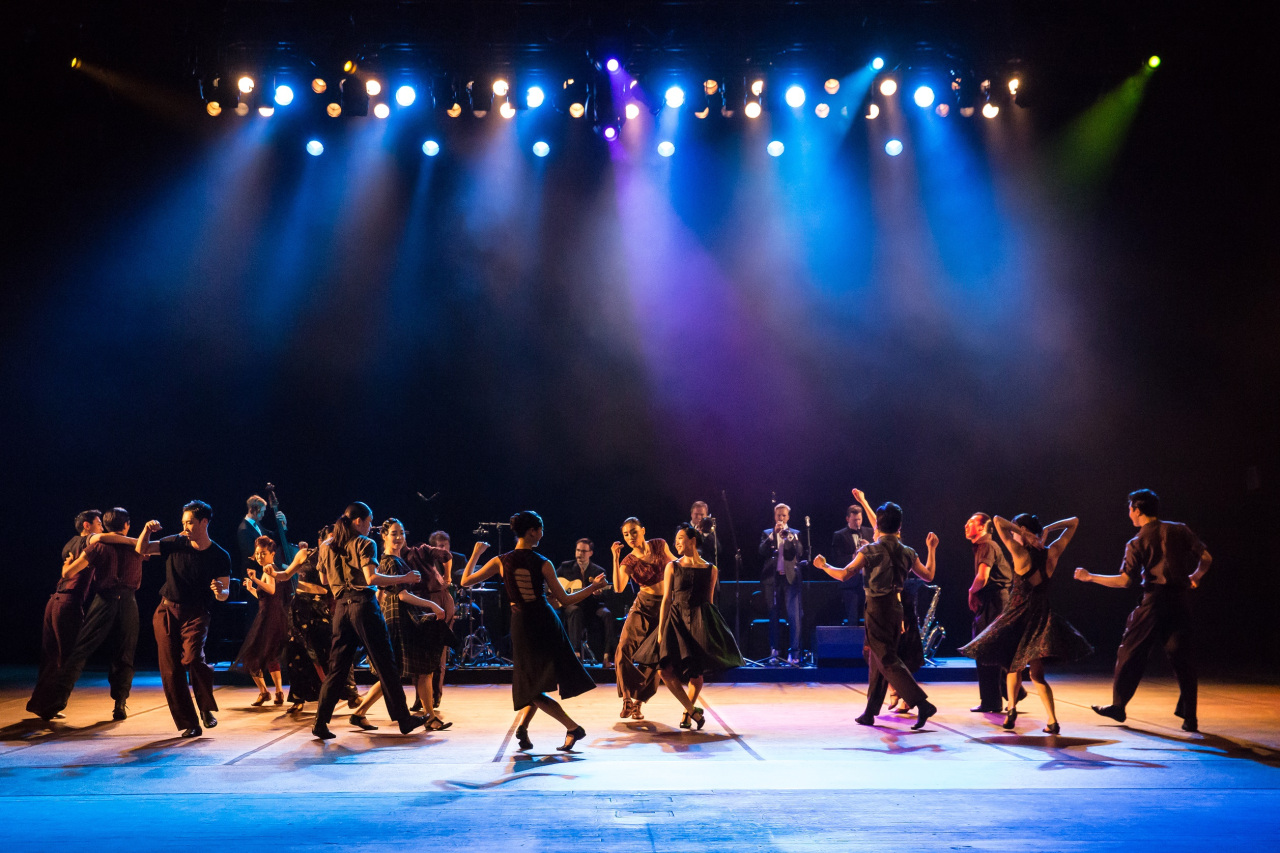 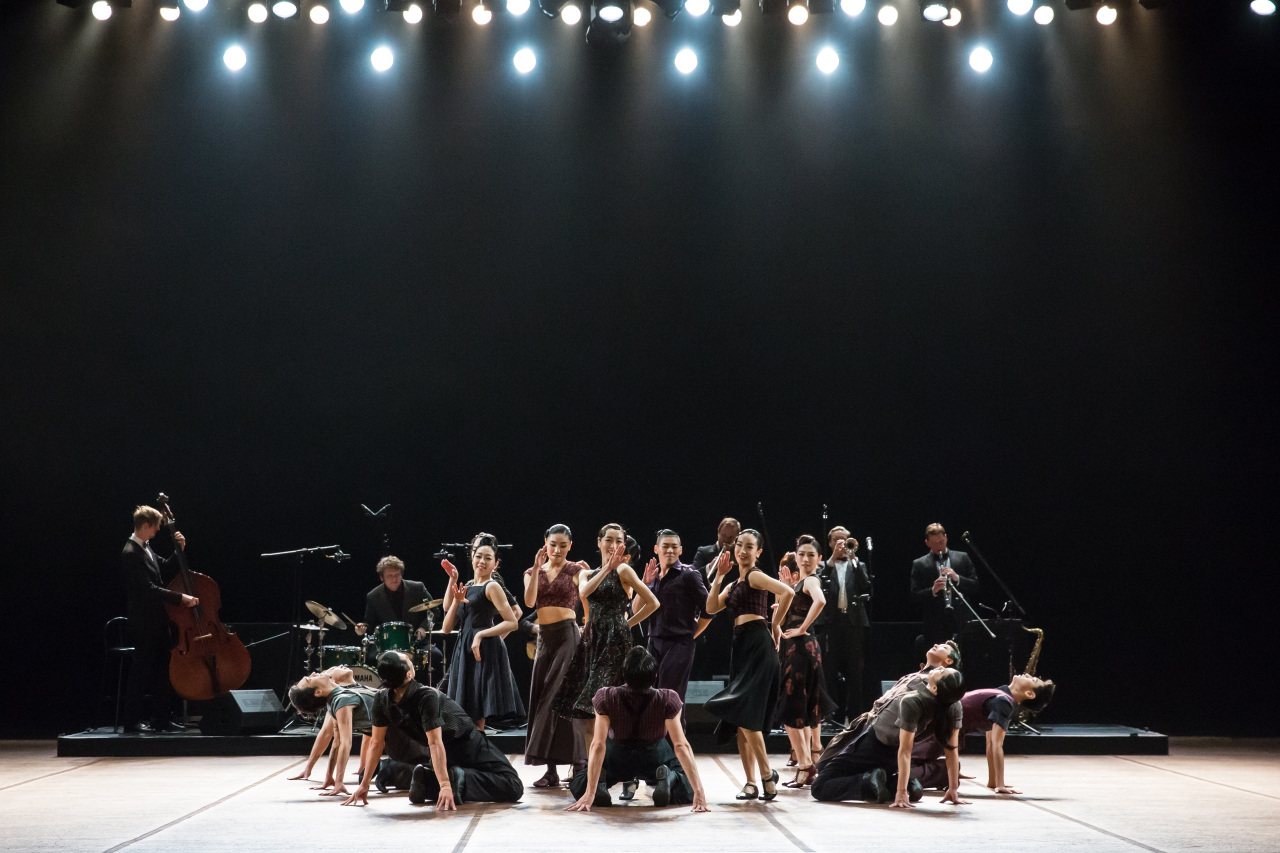 A scene from the Korea National Contemporary Dance Company’s “Swing” (KNCDC)
“Swing,” an hourlong performance, features Ahn’s swing-styled choreography in which he has also combined different types of movements, like the ones you find in Hawaiian dance.

“The most important thing in this performance is to show the beauty of the dancers’ movements that are in tune with the rhythm of swing music,” Ahn said in a statement.

The band, which is well known for its traditional New Orleans jazz sounds combined with swing music, will perform a total of 17 songs.

“Muskrat Rumble,” “In the Mood,” “Mack the Knife” and “Sing Sing Sing” are some of the popular jazz songs included in the performance. Two songs written by the band, “Bugsy” and “Ljubljana Swing,” will be also played.

Meanwhile, the audience can also peep into the swing era culture in the US during the 1930s-40s through the performance costumes.

Designer Jung said that she tried to make the dancewear to reflect the economic calamity of the time, which had its impacts on the dress code.