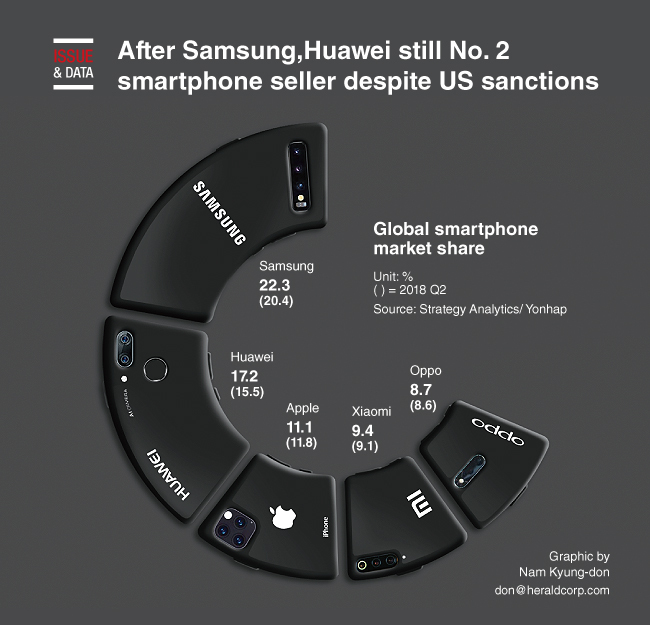 Huawei Technologies remained the No. 2 global smartphone vendor in the past quarter despite tough US sanctions imposed on the Chinese technology giant, market trackers said.

The Chinese firm managed to boost its sales even as the overall market declined, remaining on the heels of sector leader Samsung and ahead of US-based Apple.

Samsung increased its market share to 22 percent, helped by a 7 percent rise in handset sales, mainly in the mid-range and entry segments. The South Korean giant stayed ahead of Huawei at 17 percent, and Apple at 11 percent of the market. (AFP)