[ The Korea Herald – Send E-mail ]
Adoption, abandonment find new voices in ‘Side by Side’
By Korea Herald
Published : Jul 26, 2019 - 17:34
Updated : Jul 29, 2019 - 11:18
Filmmaker team and husband-and-wife duo Glenn and Julie Morey held a screening and panel discussion for their short documentary film on international adoption, titled “Side by Side,” Thursday at the Seoul Non-Profit Organization Center.

The short documentary showcases interviews with nine Koreans adopted into families in the US, the Netherlands, France and Sweden. Their emotional firsthand accounts range from abandonment to growing up abroad and, in some cases, reuniting with their birth families.

“We wanted to bring the experience (of hearing other adoptees’ stories) to the tens and tens of thousands of Korean adoptees that are in the world who haven’t had a chance to wake up this part of their minds and hearts,” said producer and co-director Glenn Morey, who is a Korean American adoptee. 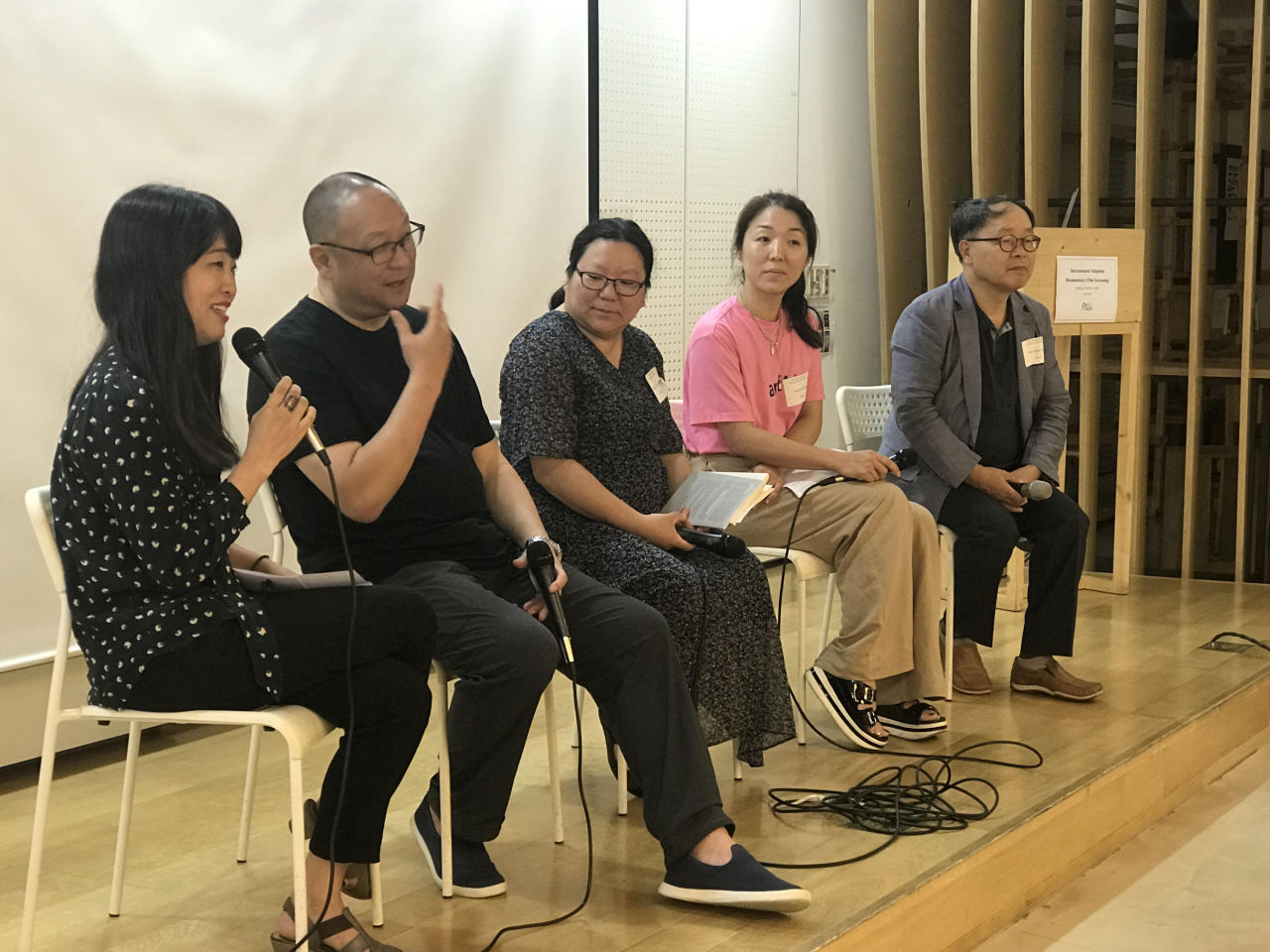 Speaker panel at the Side by Side documentary screening Thursday (Image courtesy of KoRoot)
KoRoot, an adoptee rights advocacy and awareness organization, hosted the screening. The some 60 people in the audience included adoptive parents, adoptees and mothers who had relinquished their children for adoption.

“We’re trying to give people in the world a window into the 60-plus years of adoption out of South Korea and institutionalization in South Korea that is more truthful and nuanced than the typical narrative,” said Morey, speaking about his belief in the power of storytelling.

The Moreys’ “Side by Side” is part of a larger series. The initial release was an online video featuring 100 individual stories of Koreans separated from their birth families and brought up in 16 cities across seven countries. With minimal editing, the film offers an unfiltered view of adoptees’ “personal memories and experiences of abandonment, relinquishment, orphanages, aging out and intercountry adoption from South Korea.”

The Moreys have produced two additional works for the full installation. Clips from six adoptees’ interviews comprise an episode of “The New York Times: Op-Docs” released Wednesday. Additionally, a 10-screen video installation on themes of adoption will make its international premiere at the International Korean Adoptee Association’s 2019 Gathering in Seoul next week on Wednesday.

As for the next step, Morey said this chapter of his filmmaking is far from over. “We’re determined to take this material that we have, that is so powerful, and get it out there in every way that we possibly can. If that takes a while, it’ll take a while,” he said.