The number of unemployed people here was tallied at 1.14 million as of end-June, up 103,000 from a year earlier, according to monthly employment figures released by Statistics Korea. This was a record high since the 1.5 million observed in June 1999 in the wake of the Asian financial crisis.

The country’s unemployment rate stood at 4 percent, remaining in the range for a sixth consecutive month. This was also the highest figure for any given June since 1999, when the figure peaked at 6.7 percent, data showed. 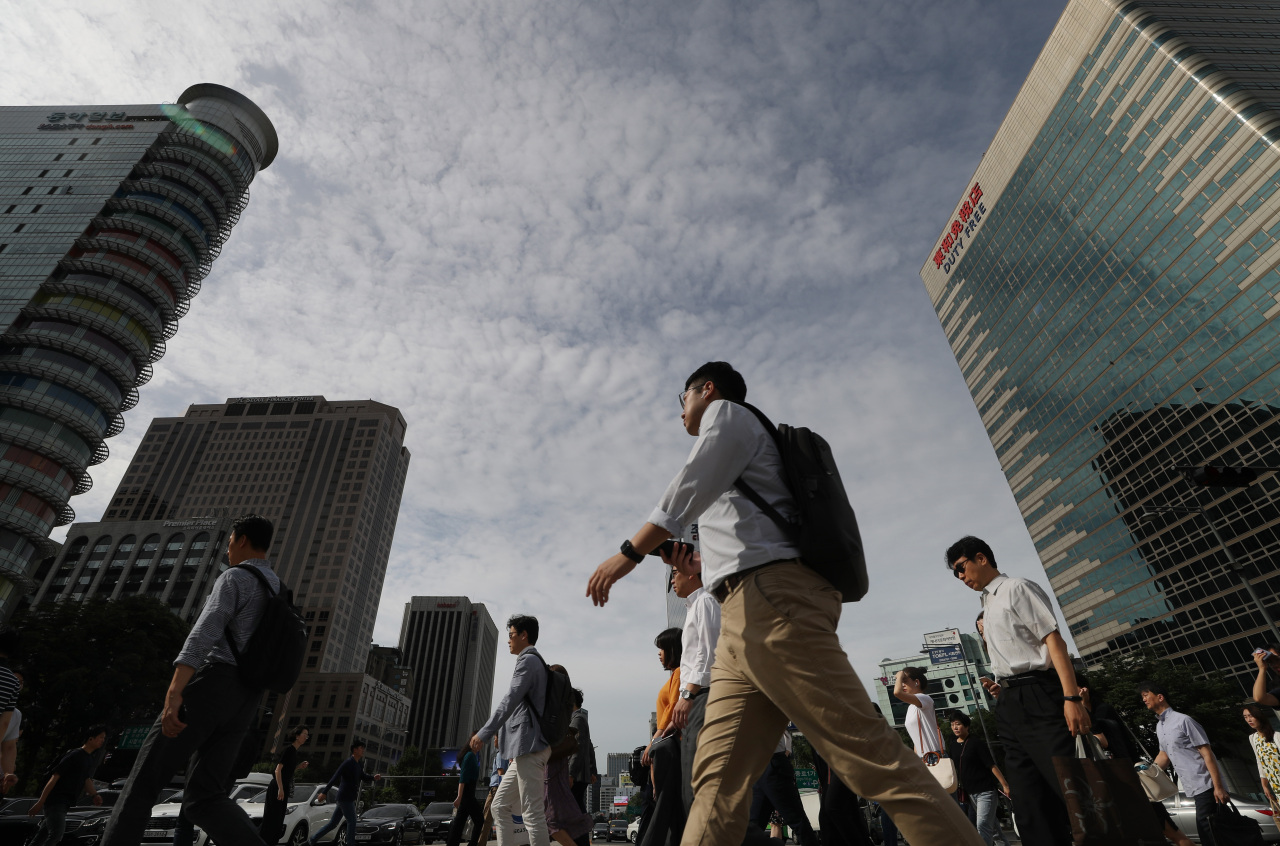 The number of employed people reached 27.4 million in June, up 281,000 from the previous year. This on-year growth pace of job creation was the largest since October 2017.

The employment rate among those aged between 15 and 64 stood at 61.6 percent, the highest figure for any June since the 61.8 percent observed in 1997.

In terms of age groups, those aged 60 or above saw a rise in the job rate, while those in their 30s and 40s continued to struggle. Also, the manufacturing sector shed 66,000 jobs in June, weighing down on the job market sentiment despite the general increase in job creation.

New employment was mainly in areas with direct government input, such as welfare and health care.

The recent uptrend in the jobless population, especially among young people, was partly attributable to the nation’s civil service examination, according to the statistics office.

“The examination timeline for local public servants, which conventionally ends in May at the latest, was extended to June, starting this year,” said an official of the employment statistics department.

“The corresponding applicants are counted as jobless people, which is one of the reasons for the youth unemployment figures observed this year.”