In a debate hosted by Japan's BS Fuji TV, Abe said it is a matter of course to suspect that South Korea may not abide by sanctions on the North because it did not keep to an agreement with Tokyo over the issue of wartime forced labor. 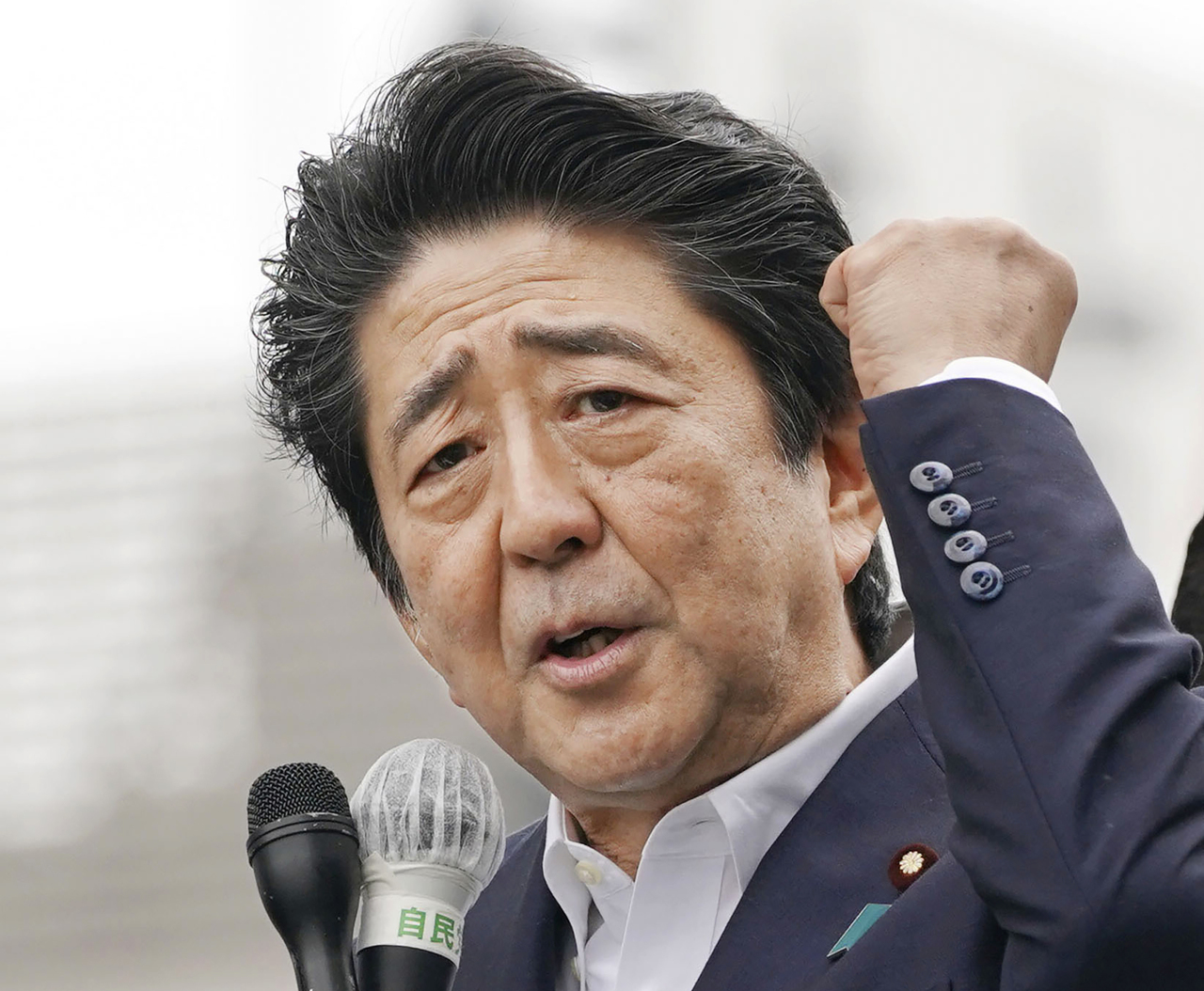 Prime Minister Shinzo Abe (Yonhap)
The broadcaster also reported that Koichi Hagiuda, a close confidant of Abe and senior member of Japan's ruling Liberal Democratic Party, suggested that chemical exports to South Korea, which could be diverted for military purposes, could end up in the North.

"In close cooperation with the international community, (Seoul) is faithfully enforcing UN Security Council sanctions on North Korea," the official at Seoul's foreign ministry said on condition of anonymity.

The official added that South Korea is also in full compliance with obligations stipulated under various multilateral export control regimes to prevent the transfer of banned materials for weapons of mass destruction.

Tokyo has protested the rulings, arguing that all reparation issues stemming from Japan's colonization of the peninsula were settled under a 1965 government-to-government accord aimed at normalizing bilateral ties.

Sunday's remarks by Abe and Hagiuda appear to be trying to frame South Korea as a country that does not abide by the state-to-state accord, critics said, as they seek to rally conservative voters ahead of the upper house parliamentary elections slated for later this month.

Seoul remains cautious, refusing to issue prompt accusations against such highly charged remarks. Observers have called for Seoul to take a cool-headed response and explore ways to prevent a further worsening of bilateral ties.

"We need to see what the Japanese government's official stance is," another Seoul official said on condition of anonymity. (Yonhap)