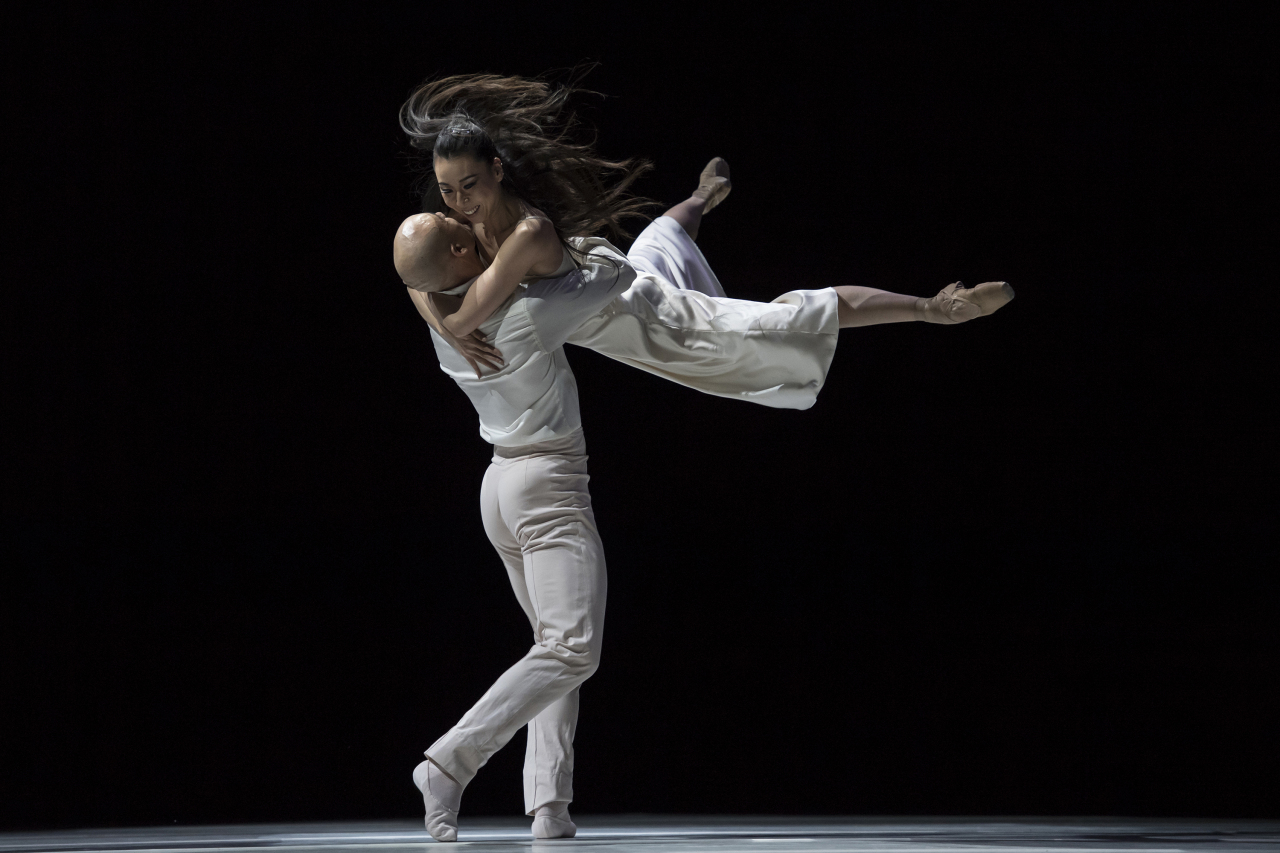 A scene from Les Ballets de Monte-Carlo’s “Cinderella” (Mastmedia)
Maillot described himself as a “Cinderella” during a press conference held Monday at Ode Port in Sinsa-dong, Seoul.

The longtime director of the renowned ballet company added that making the timeless story real had been his initial focus.

According to the director, the reinvention of the classical fairy tale focused on showing aspects of life and human emotions that anyone could relate to, rather than merely on techniques or elaborate props and settings. 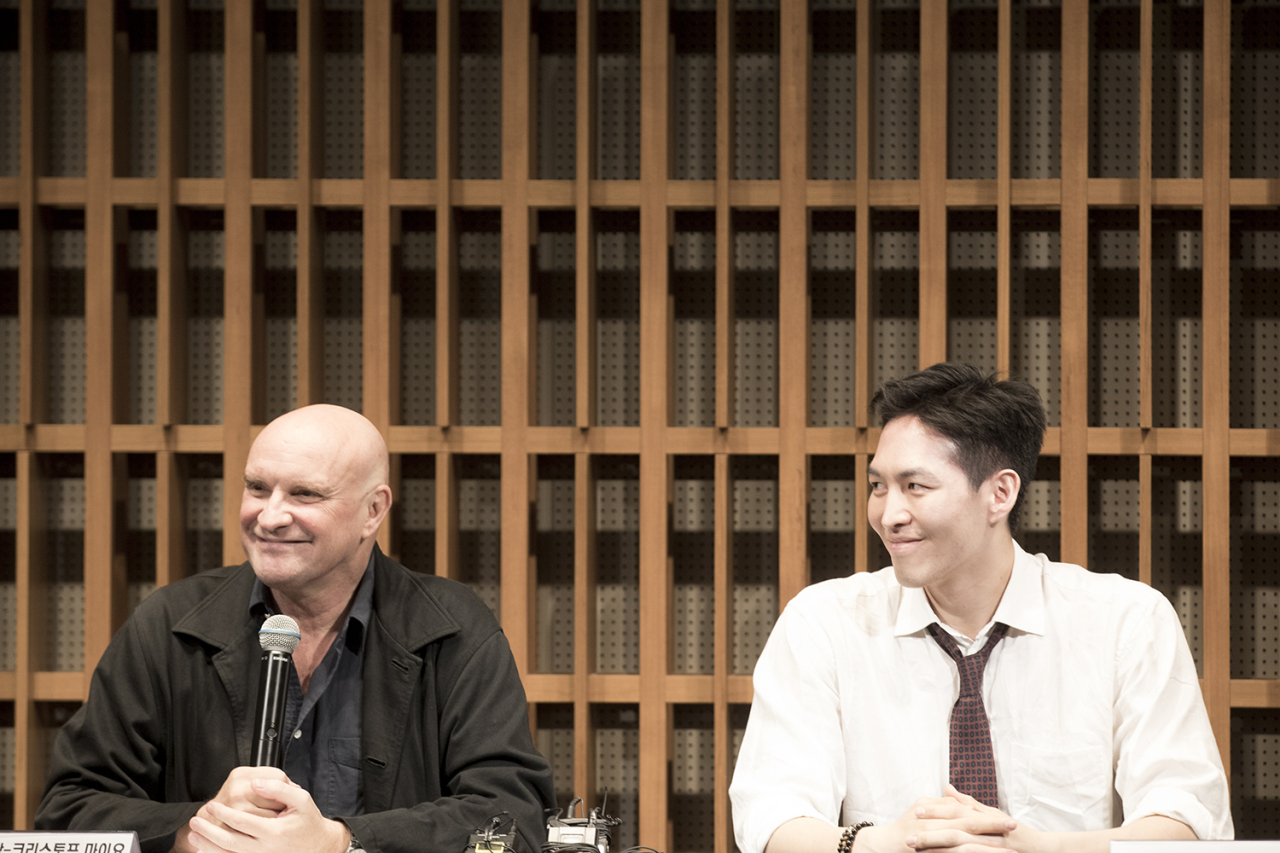 Les Ballets de Monte-Carlo’s director Jean-Christophe Maillot (left) and principal dancer An Jae-yong attend a press conference at Ode Port in Sinsa-dong, Seoul, Monday. (Mastmedia)
“What we had tried with the show was to make the already well-known narrative into an original story,” Maillot said.

In the process of transforming the fairy tale into a ballet, many details were changed, according to the director.

Maillot’s version of “Cinderella” has no fireplace and no pumpkin carriage. Moreover, the beloved heroine dances to Serge Prokofiev’s score without glass slippers.

Another signature aspect of Maillot’s “Cinderella” is its cinematic mise-en-scene.

The director said the show shifts back and forth between classical ballet and acting. He added that the park scene from the film “Mary Poppins” had been on his mind when he worked on “Cinderella.”

Maillot also focused on revealing the subtle emotions deep inside the characters -- not just those of Cinderella but also those of her late mother and father, the prince and so on.

“Every character in Mr. Maillot’s ‘Cinderella’ has his or her own narrative. The roles of the father and the late mother, who returns to her daughter as a fairy godmother, have significant shares in the narrative,” said An Jae-yong, Les Ballets de Monte-Carlo’s principal dancer, who plays Cinderella’s father.

An added that the production shows the changes in the father’s emotions, from the moment he falls in love with Cinderella’s mother to the end where his daughter gets married.

The show starts with a pas de deux between the father and the mother. Their love story eventually gives way to the love story between Cinderella and the prince. In the process, the father is torn between his loyalty to the past and his desire in the present until it is resolved in a dream scene where he joins his late wife in a dance, An explained.

Conveying the emotions of characters through dance is a dancer’s main job, according to An.

“Like Mr. Maillot said, the dancers always try to express the emotions of the characters, instead of delivering abstract ideas,” An said. “I focused on practicing movements and techniques while I was at school. At the ballet company, I am asked to express emotions through my movements.”

So far, that mission has been fulfilled.

“A little boy came to me after the performance yesterday. He said that he did not understand what the show was about but he cried,” said An, referring to his performance at the Daegu Opera House.