[ The Korea Herald – Send E-mail ]
S. Korean cinema finally embraces Palme d'Or at Cannes
By Yonhap
Published : May 26, 2019 - 09:59
Updated : May 26, 2019 - 09:59
Thanks to Bong Joon-ho's "Parasite" being awarded the Palme d'Or at Cannes on Saturday, South Korea has bagged the highest honor at two of the world's three most acclaimed film competitions -- Cannes, Venice and Berlin.

The 72nd edition of the Cannes Film Festival gave its top prize to Bong's black comedy movie about a poor family becoming obsessed with a rich one after their son gets a job as a tutor for the wealthy family.

It is the first time that a South Korean filmmaker has grabbed the highest honor at Cannes. 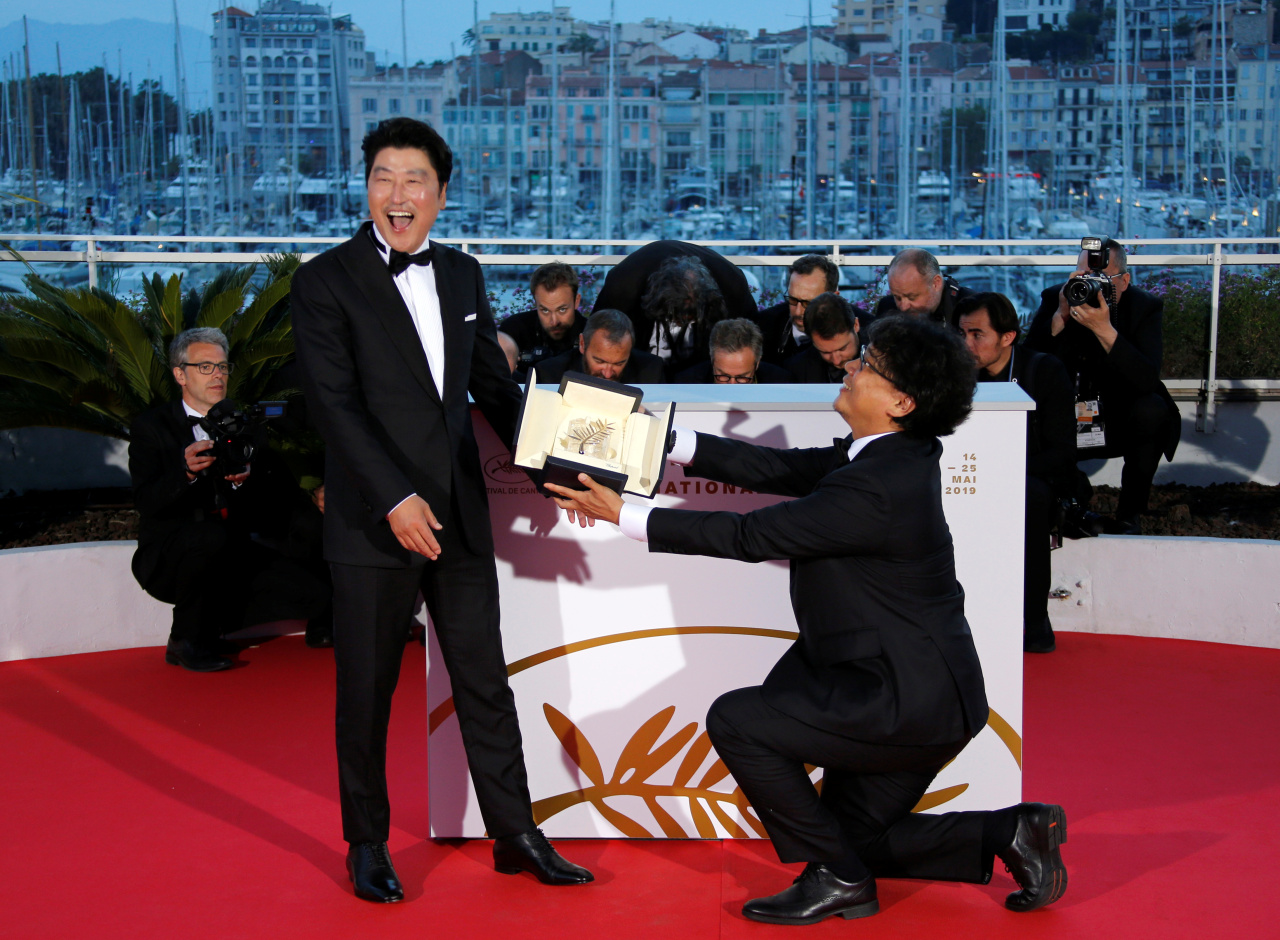 Two years later, Cannes' second-highest honor -- the Grand Prix -- went to Park Chan-wook's "Old Boy," helping the director rise to worldwide stardom. He also collected the Jury Prize, the third-highest honor at the French festival, for his 2009 horror movie "Thirst," becoming one of the most beloved directors at Cannes.

In 2007, Cannes granted Jeon Do-yeon the best actress award for her performance in "Secret Sunshine," while director Lee Chang-dong took home the best screenplay award in 2010 for his drama "Poetry."

Apart from their success in Cannes, meanwhile, South Korean films have fared even better at the Venice International Film Festival.

Back in 1987, the best actress award was given to Kang Soo-youn for her leading role in "The Surrogate Woman," directed by Im Kwon-taek.

Finally, Kim made history when his drama "Pieta" won the Golden Lion for best movie at the 69th Venice Film Festival in 2012, becoming the first Korean film to attain a top prize from any of the world's three largest film festivals.

South Korean flicks have also made their presence felt at the Berlin International Film Festival.

Kim Ki-duk's "Samaritan Girl" earned the Silver Bear prize for best director at the 2004 festival, while Park Chan-wook won the Alfred Bauer Prize for his 2007 romantic comedy "I'm a Cyborg, But That's OK."

The festival presented the best actress award to Kim Min-hee for her role in "On the Beach at Night Alone" in 2017.

Now, Berlin is the only event of the three that has never given a South Korean movie its top prize. (Yonhap)