“At one time, I had three different people chatting with me as they stood in three different department stores, asking me all types of questions about which model they should purchase,” Fichtner said in an interview. “It was difficult to keep everyone straight.” 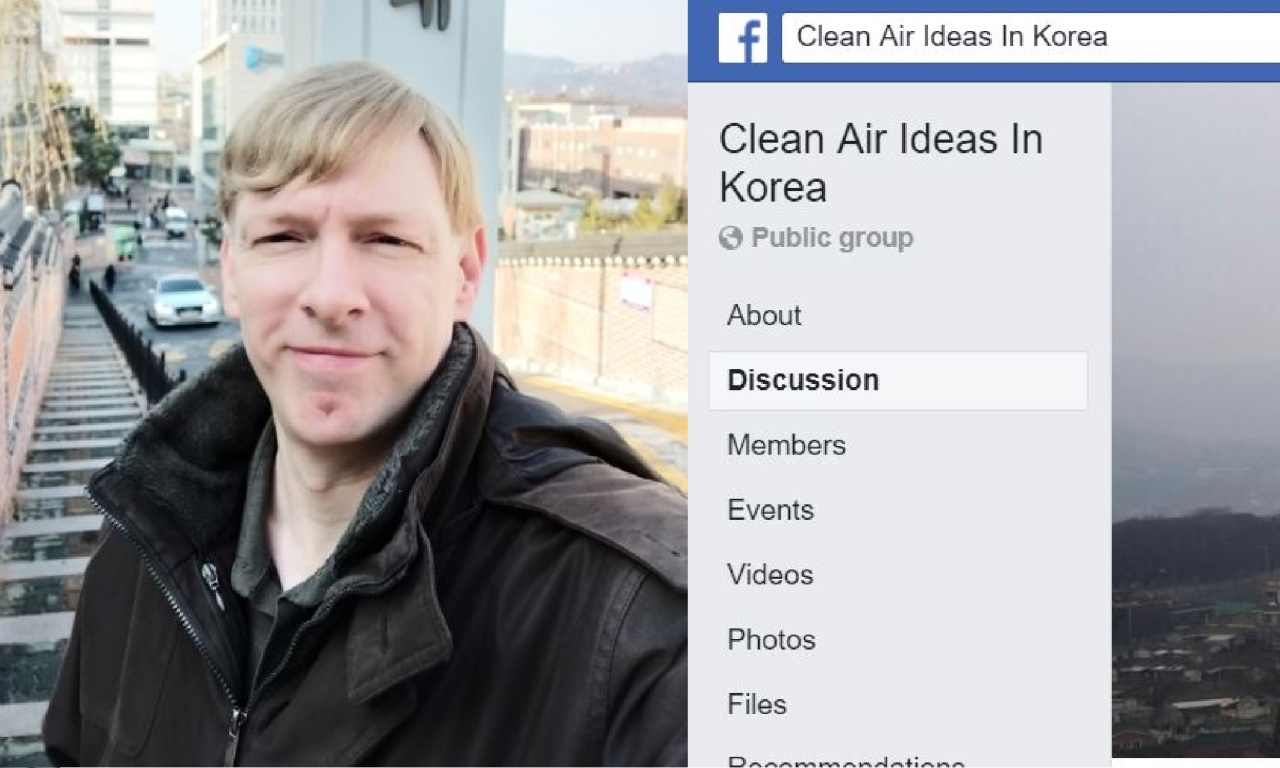 Derek Fichtner (left), founder and administrator of the Facebook group Clean Air Ideas in Korea (Derek Fichtner)
Fichtner, 47, hasn’t always been savvy about clean air. Hailing from a countryside American town, he said, he’s always been concerned about air quality, but in past years he bought air ionizers and put chemicals into humidifiers that turned out to be toxic. Both Fichtner and his wife separately contracted respiratory disease due to his misguided efforts.

“These experiences, where I did more harm than good while trying to help myself, were the catalyst for wanting to study about air quality,” said Fichtner, who has lived in Seoul for 17 years and teaches English at Hansung University.

Fichtner launched the Facebook group in April 2016 to share the knowledge he’d gained battling bad air. The group now has more than 3,000 members, some of whom regularly visit the page.

“Although air quality is in the news almost every day, most foreigners use phone applications to track air quality, and this can often be very confusing for people unfamiliar with Korean standards,” Fichtner said. 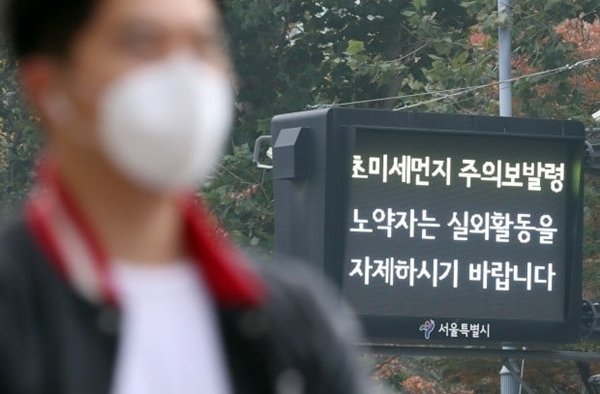 A masked man stands in front of a screen displaying an ultrafine dust emergency warning. (Yonhap)
A frequent discussion topic in the Facebook group is how the different metrics and breakpoints compare, he said. Foreign apps mostly rely on the Air Quality Index standard, while local apps use micrograms per cubic meter of air. The colored zones and air quality scores also differ from country to country.

Upon landing in South Korea for the first time, many foreign visitors get confused by the different air quality metrics. They also find it hard to understand why some Koreans maintain a cavalier attitude toward poor air quality.

“A hot topic in the forum involves how local schools are purchasing air purifiers, but their use is often limited by teachers, or windows and doors to classrooms that are left open while running them,” he said. 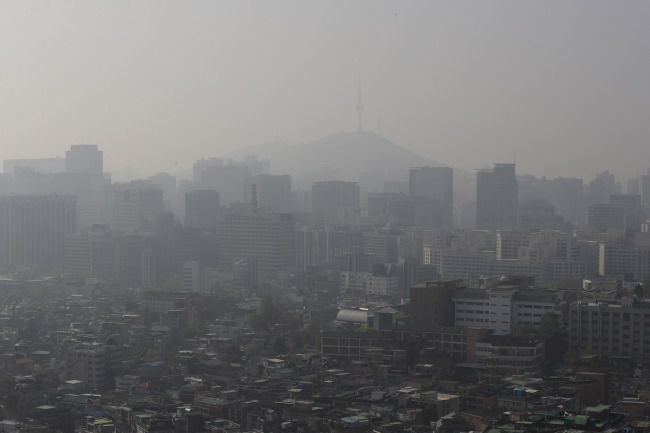 Fine dust blankets the Seoul sky. (Yonhap)
Clean-air enthusiasts share data and tips on air purifiers and metrics in the online community, which is dedicated to raising awareness about effective air purifiers and phone apps, as well as the importance of air quality in preventing health issues.

“I’d like to help people save money when finding solutions to keep the air in their homes clean. I want to teach people that simply buying an air purifier for home or classroom does not solve air quality issues,” he said.