[ The Korea Herald – Send E-mail ]
‘Wedding Singer’ to kick off 18 days of musical festivities at DIMF
By Yoon Min-sik
Published : May 14, 2019 - 17:45
Updated : May 14, 2019 - 17:45
The largest musical festival in Korea is winding up for opening next month, with the organizers for Daegu International Musical Festival on Tuesday announcing that this year’s event will feature 23 musicals from eight countries.

From June 21 to July 8, the 13th annual DIMF will be held at major theaters across Daegu. Set in the self-proclaimed “musical city,” the DIMF will be promoted by Suho of EXO, who has been selected as the promotional ambassador for the event.

The K-pop star is himself a renowned musical star, with his reputation soaring through last year’s showing of “The Man Who Laughs.” 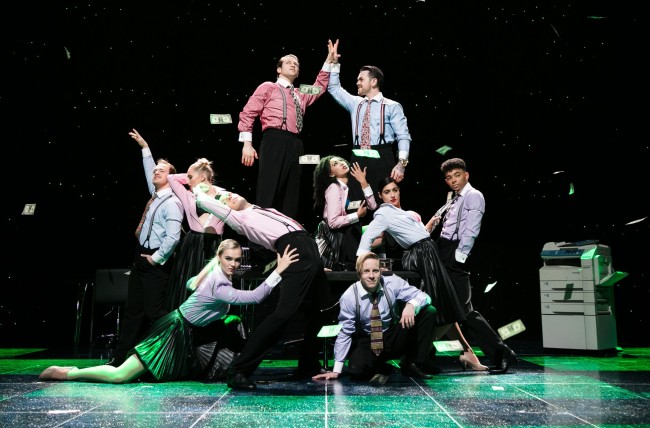 DIMF will commence with “Wedding Singer” from the UK, a hit Broadway musical based on the 1998 comedy film of the same name. The musical will be performed from the opening day until June 30 at the Daegu Opera House, the same venue which will host the opening ceremony at 9:50 p.m., right after the curtain call.

Wrapping up the 18 days of festivities will be “Fiddler on the Roof” from Russia, playing June 5-7 at Suseong Artpiea.

“Most of the popular musicals in Korea had been those with grave themes, so our (organizers’) goal was to introduce mostly cheery pieces,” said Bae Seung-hyuk, executive committee chairman of the event, on the choice of the opening and closing pieces.

The official invitation category will feature eight musicals: “The Twilight of the Springtime” and “In the Mood for Sorrow” from China, “Montand the French Lover” from France, “La Calderona” from Spain, “One Fine Day” from Taiwan, and “Blue Rain” from Korea. 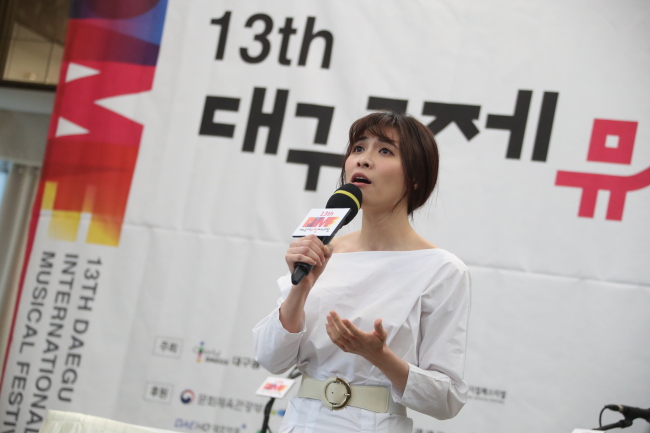 Chen Pinling, star of “One Fine Day,” sings during a press conference for the Daegu International Musical Festival in Seoul on Tuesday. (DIMF)

DIMF’s effort give boost for the budding musical actors and producers will bear fruit in the four new musicals it helped fund: “You&IT,” “Uncle Tom’s Kevin?” “Song of Yoon-A” and “Musical Song of the Dar.” The four pieces will compete for the new musical award, the winner of which will be officially invited to next year’s DIMF.

Students from eight universities in and out of Korea will compete in the College Musical festival.

Tickets for the event are available at Interpark. For more information in Korean, English, Chinese or Japanese, visit www.dimf.or.kr.