Don’t worry. The following are some of the hottest brews now for you to catch up with the ongoing revival of South Korea’s oldest booze. The selection is based on recommendations from industry insiders as well as sales tallies from traditional liquor shops. 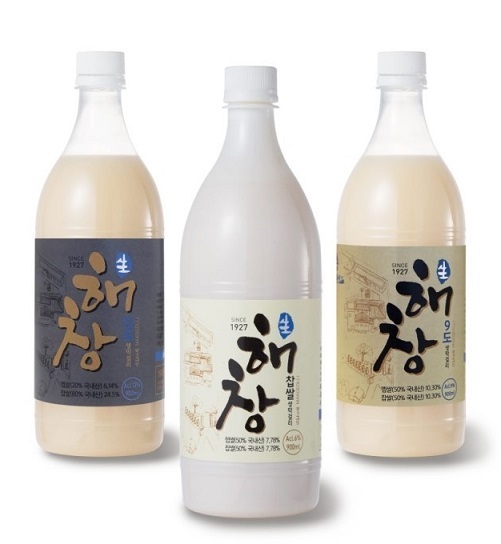 Made from freshly harvested rice, glutinous rice and nuruk (a fermentation starter) from Haenam, South Jeolla Province, this premium makgeolli took the No. 1 spot in a ranking compiled by an association of traditional liquor bars based on sales figures.

“I found Haechang’s richness and thickness to be quite appealing,” said Lee Jin-ah. 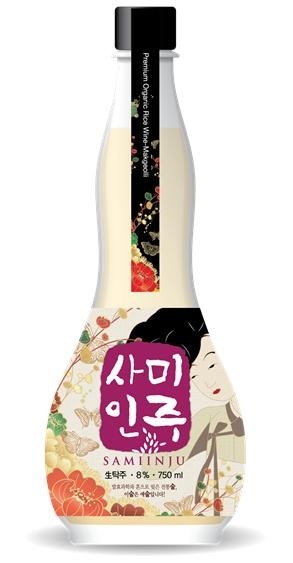 Made with bedrock water from 250 meters underground in Jangseong, South Jeolla Province, Sami Inju was among the first premium makgeolli to hit shelves, priced at 5,000 won for a 750-ml bottle.

Its unique bottle design stands out among the pack. With 8 percent alcohol by volume, it has no artificial or imported ingredients. Honey and apple extract add sweetness. The taste was described as “light,” “effervescent” and “fruity.”

“The taste was nice and fruity, but it was a bit chalky, especially after drinking,” said a British makgeolli fan in Korea. 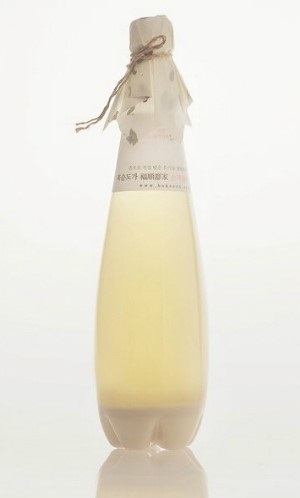 Billing itself as the “Dom Perignon of makgeolli,” Boksoondoga paved the way for what now forms the genre of sparkling makgeolli.

Based in Ulsan, the namesake brewery was started by brothers Kim Min-kyu and Kim Min-kook, who used their grandmother’s recipe for a refreshingly fizzy libation.

It retails at 12,000 won per 935-ml bottle, has an alcohol content of 5 percent and contains some artificial sweeteners.

As for key characteristics of Boksoondoga, many said it was nicely carbonated, while others had the impression that it was a little too sour.

“For me, this is the kind of spirit that I would keep in the refrigerator and take a sip in the evening,” said Lee Youn-ju.


Ehwa Baekju has its roots in Boksoondoga, as it was started by former staff of the brewery.

Like Boksoondoga, it is naturally carbonated, requiring time and patience when opening the bottle. Brewers advise opening it just a little, allowing the fizz to seep out, then closing it. They say to repeat this process four or five times before serving.

Ehwa Baekju gives a similar first impression of refreshing fizz. It is described as having a good balance of sweet and sour.

“This is by far my favorite. Refreshing like a Champagne, but with a well-built makgeolli taste,” said Lee Sun-min, who prefers low-alcohol drinks.

Jipyeong is one of the biggest success stories in the current makgeolli scene. 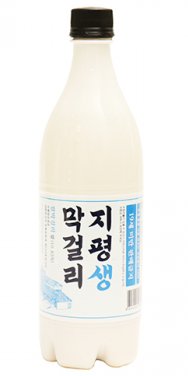 Having debuted in 2015 as the first low-alcohol makgeolli at 5 percent, this brand has logged exponential growth over the past few years, making waves in the low-end category of the market. Sales for Jipyeong Brewery rose from just 2.8 billion won in 2014 to 16.6 billion won last year. Unlike most types of makgeolli, which use rice-based nuruk, Jipyeong sticks to wheat-based enzymes, like the ancestors did before rice nuruk took over.

The person who described Haechang as the most ideal said Jipyeong is a version with mass appeal. 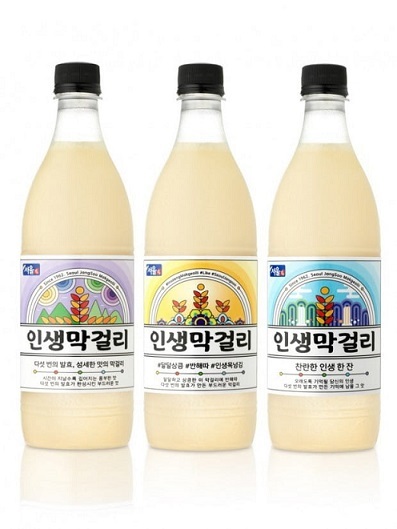 The first new product in 22 years from Seoul Takju, the maker of Jangsu Makgeolli which holds 40 percent share of the market, Insaeng saw impressive sales over a four-month period in excess of 1 million bottles. This, according to industry experts, is a remarkable feat.

Targeted at younger consumers who drink less but go for higher quality, Insaeng is evaluated as having softened the tangy and citrusy taste of Jangsu, though, depending on preference, some may find it bland and less appealing.

Baesangmyun Brewery’s signature Neulin Maeul is, as the name suggests, a low-end version of craft makgeolli with an emphasis on the fermentation process.

Priced at around 2,300 won, this brand has a solid fan base, with Neulin Maeul Brew Pubs, a franchise of trendy bars that serve house-brewed makgeolli, increasing its presence in and around Seoul.

Neulin Maeul is recommended by traditional liquor specialist Lee Ji-min for having no artificial sweeteners and being brewed in a traditional way.