The Unification Church said Wednesday that its leader is preparing to visit North Korea next year, although it was cautious over the issue amid recently heightened geopolitical tensions in the region.

"Ms. Han Hak-ja is ready to go to Pyongyang next year," Ahn Ho-yeol, spokesperson of the religious group, said in a press meeting in Seoul. "She already received a letter of invitation from North Korean leader Kim Jong-un on Jan. 1." 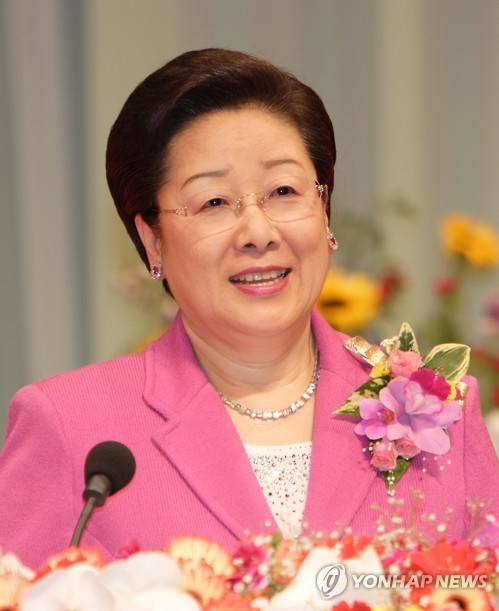 Han, wife of founder Moon Sun-myung, who died in 2012, now heads the Unification Church, or the Family Federation for World Peace and Unification.

But the spokesperson said Han's possible visit to North Korea is conditional on improved U.S.-North Korean relations and the Seoul government's approval.

"The Unification Church may play a role in hosting the Seoul-Pyongyang Olympics behind the scenes," Ahn noted, referring to the two Koreas' bid to co-host the 2032 Summer Olympics. Further inter-Korean talks on the Olympic bid have been deadlocked, however, due to the strained Washington-Pyongyang relations stemming from the collapsed Trump-Kim summit in February.

The official also said that the organization plans to hold massive events across the world next year to celebrate the 100th anniversary of Moon's birth. (Yonhap)