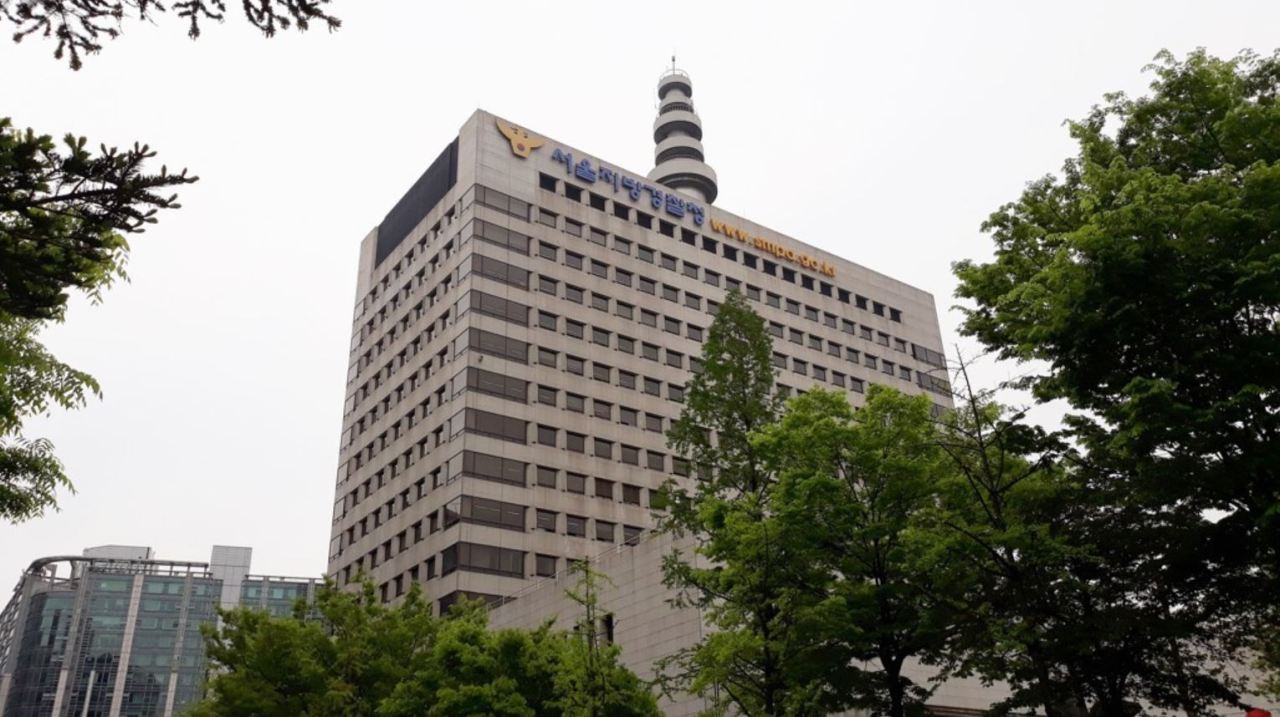 Seoul Metropolitan Police Agency in Jongno-gu, Seoul (Yonhap)
The group chat history, leaked by a whistleblower on April 19 to a digital sex crime eradication organization DSO, shows evidence of distribution of illicit footage of women who were filmed without their knowledge. The video clips are of incidents that allegedly occurred at Burning Sun, a now-shut club in Gangnam, according to a local media report.

Some 200 reporters, producers and other media personnel participated in the chat, according to the report.

In one screenshot image of the group chat, the participants requested and shared footage of women who appear to be sexual assault victims at Burning Sun. It is alleged that the women were drugged, raped and filmed without consent or knowledge at Burning Sun in a growing scandal involving well-known celebrities.

Recommendations on brothels and prostitutes were also shared in the chat. Prostitution is illegal in South Korea.

Following the report, an online petition calling for a police investigation of the involved reporters was filed on the presidential office website on April 22. The petition has garnered 29,319 signatures as of 3 p.m. Friday.