[ The Korea Herald – Send E-mail ]
[Herald Interview] Diminutive ‘Kids Creators’ inject fresh perspective into YouTube
By Yoon Min-sik
Published : Apr 21, 2019 - 17:33
Updated : Apr 22, 2019 - 15:42
Twenty years ago, celebrity and K-pop idol crept up the list of dream jobs for children in Korea – a list formerly occupied by doctor, scholar, politician or government official. What followed were a flood of TV talent shows and reality programs on youth aspiring for the limelight.

Recent surveys suggest the times are changing once more, as children are opting to perform in front of the much smaller camera of a personal computer as a YouTuber, or as it is more commonly known here, “YouTube Creator.”

“When I first started YouTube, a lot of the older kids came up to me and left me gifts in my bag. It was a bit overwhelming at first, but I’ve gotten used to talking to strangers,” said Son Esther, or “Pretty Esther,” one of the more popular kid creators in Korea.

Uploading videos about her everyday life, ongoing fads and regular stuff kids her age -- third graders -- can relate to, she has on a path toward the most coveted career among children here. That is at least according to a survey by local publishing company Chunjae Gyoyuk, which found that “online content creator” ranked No. 1 (15.3 percent) on the list of elementary and middle school students’ dream jobs. 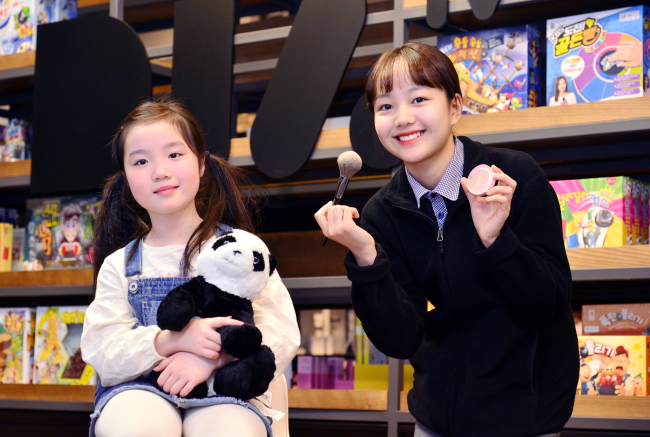 Child actor Lee Chae-yoon said she did not get a ton of recognition for her acting career, but this changed with the launch of her YouTube channel a little over a year ago. While she is not yet among the leaders among her peers with some 55,000 subscribers, her channel has been seeing rapid growth.

“One of the good things about YouTube is the way of communication is always open. I sometimes hold Q&A sessions and write comments to them,” 13-year-old Lee said.

Esther, in her third year as a YouTuber, also noted open communication as one of the best things about YouTube.

“Sometimes when I’m sick or taking a day off, people would write comments of concern and look to cheer me up. This is among the things most memorable (about being a YouTuber),” she said.

Being a pint-sized celebrity has touched upon both of their lives, as Esther is more comfortable talking to strangers and Lee feels more at home communicating with anyone at all.

“I used to never talk to people, being shy and not really hanging out with friends. But now I’m much more social and open to talking in front of people,” Lee said. 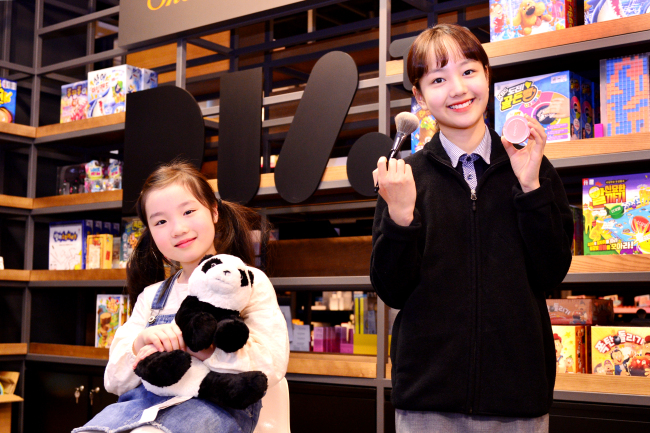 
Being on YouTube can also be tough, she noted.

“As a child actor I would do just what I’ve memorized, but here, I have to create my own lines and edit my own videos. It’s more demanding but more fun at the same time,” she said.

Lee hopes to continue both her acting and YouTube careers, much like her idol Shin Se-kyung, one of the most popular actors in Korea and a budding YouTuber. She recently branched out to reviews of aesthetic products and clothes, but can cover any topic people can relate to.

Esther said she gets many of the ideas from YouTube itself, picking up on what is trending.

“My channel is mostly about the subjects that elementary school students can relate to, which is one of the best things about being a kid creator,” she said.

Relating to viewers is widely considered key in being a successful YouTuber, particularly among child YouTubers. Channels run by children deal mostly with topics that children can relate to, like US YouTuber Ryan of “Ryan ToysReview” who is estimated to have made about $21 million in the span of 12 months -- while still 7 years old.

Dia TV, a branch of CJ ENM that supports online content creators, recently created the “Seeds of Happiness” music video series, jointly created by the kid creators based on their actual stories.

Esther’s story is about how she started creating YouTube content as a way to spend more time with her father, who is now deeply involved in her work as a YouTuber. As with the content of Lee and Esther, the content of the video is something most children their age can relate to.

Both are hoping YouTube will be a part of their future.

“I want to upload videos in between my acting jobs, like Shin Se-kyung does. I wish to keep communicating with the people through YouTube,” Lee said.