[ The Korea Herald – Send E-mail ]
[Weekender] From vintage to sportswear, retro is in vogue
By Choi Ji-won
Published : Apr 5, 2019 - 10:20
Updated : Apr 5, 2019 - 10:22
The retro fever can be best felt at the Dongmyo market, one of the biggest flea markets in Korea where fashionista visitors have sharply increased since last year. 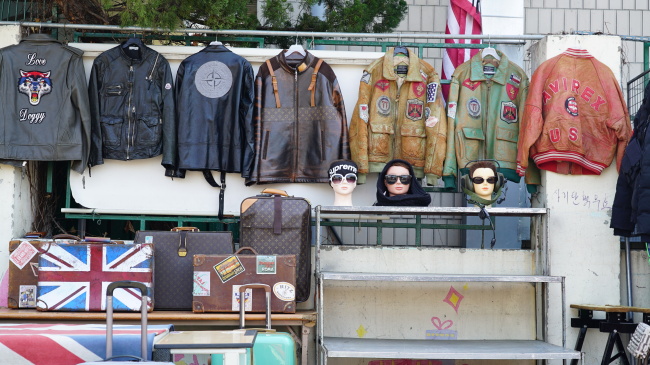 Vintage clothes, shoes and accessories are displayed at the Dongmyo street market in Seoul on March 29. (Choi Ji-won/The Korea Herald)
On a recent Friday afternoon, Dongmyo market was already packed with shoppers looking through all sorts of items on sale -- from vintage attire to broken and outdated electronics, metal pots and used books

In reaction to astonishment at the streets swarming with people, Park laughed, saying that on weekends it is six times more crowded.

“Dad jackets,” or oversized jackets with a vintage look of the ’80s and ’90s, are most sought after, he said. 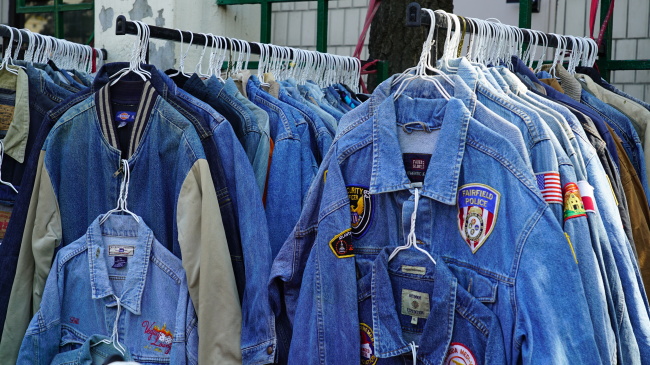 Vintage clothes, shoes and accessories are displayed at the Dongmyo street market in Seoul on March 29. (Choi Ji-won/The Korea Herald)
In a corner lined with hangers crammed with such jackets were college freshmen students Lee Soo-min and Cheon Ye-jun.

“We’re looking for clothes to wear for our retro-themed party at school next week,” Lee said, holding out a jacket in shade of silver. 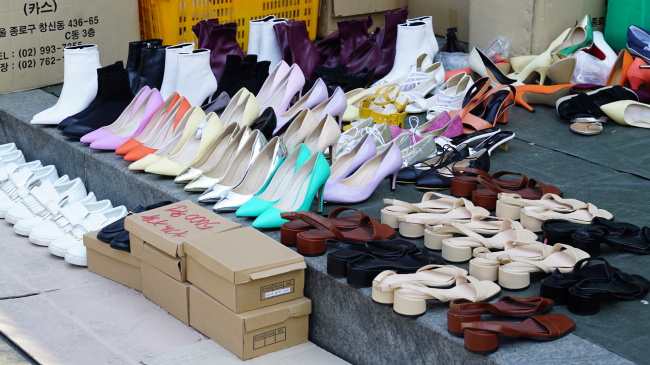 Vintage clothes, shoes and accessories are displayed at the Dongmyo street market in Seoul on March 29. (Choi Ji-won/The Korea Herald)
The best part of Dongmyo starts on the floor. On one side of the street, heaps of vintage clothes are stacked high and crowds of people rummage through the piles. The clothes are dumped on thin plastic sheets, and store owners sit to one side of the store -- or what can be defined as a store by the boundaries made by the dump of clothes -- watching over the flush of people grabbing at their products.

He said he has been shopping for vintage clothes there for more than five years now, coming at least once or twice a month.

“I bought around 20 pieces today for 30,000 won,” Choo said pointing to five bulging plastic bags next to him. “The clothes all have some fault as they are secondhand, but I can always fix them myself.”

Ugly shoes -- oversized, clunky sneakers in unexpected combinations of colors -- continue their reign as the ultimate on-the-go shoes. Big logos, animal prints and oversized bomber jackets, once considered old-fashioned, are back in a big way. 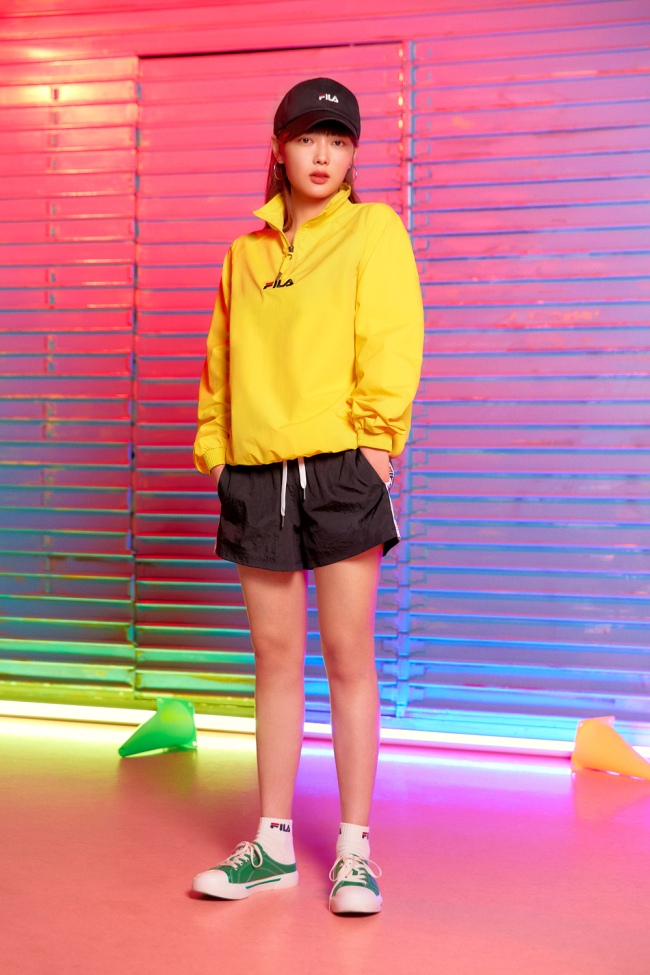 Not only did Fila exhibit its best performance in the recent year, but in September it made a splash at the world’s fashion mecca by seizing its own runway show for the first time in Milan, Italy.

“Starting 2016, Fila has repositioned itself to target the younger generation in their teens and 20s. The key was to make the products cost-efficient, while at the same time maintaining the legacy brand identity,” Fila Korea said via email.

“The key aspect differentiating ‘new-tro’ from retro is that it stems not from nostalgic emotions but a thirst for originality,” said Choi, one of the co-authors of “Trend Korea 2019.” “New-tro” was coined in the book to describe the latest retro fad among young people.

“We shouldn’t understand new-tro as one of those trends that come and go, but more as a new way of understanding how the younger generation view their surroundings.”