Though not one of the “big four” global fashion capitals, Seoul too sees fast-changing fashion trends. The biannual fashion festival invites international buyers, media and spectators to Seoul. 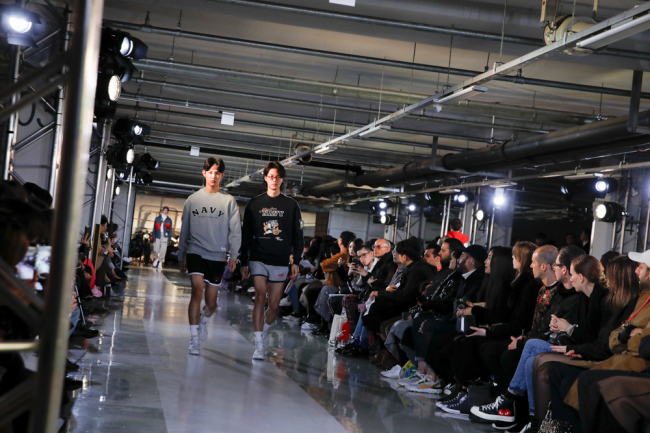 Models present creations from brand Beyond Closet during the 2019 F/W Seoul Fashion Week held at Dongdaemun Design Plaza in central Seoul on Saturday. (Seoul Design Foundation)
This time around, 33 veteran fashion brands and 20 rookie brands introduced their creations for the upcoming fall-winter season, the former through the Seoul Collection and the latter through Generation Next.

Here are some highlights of the Seoul Collection. 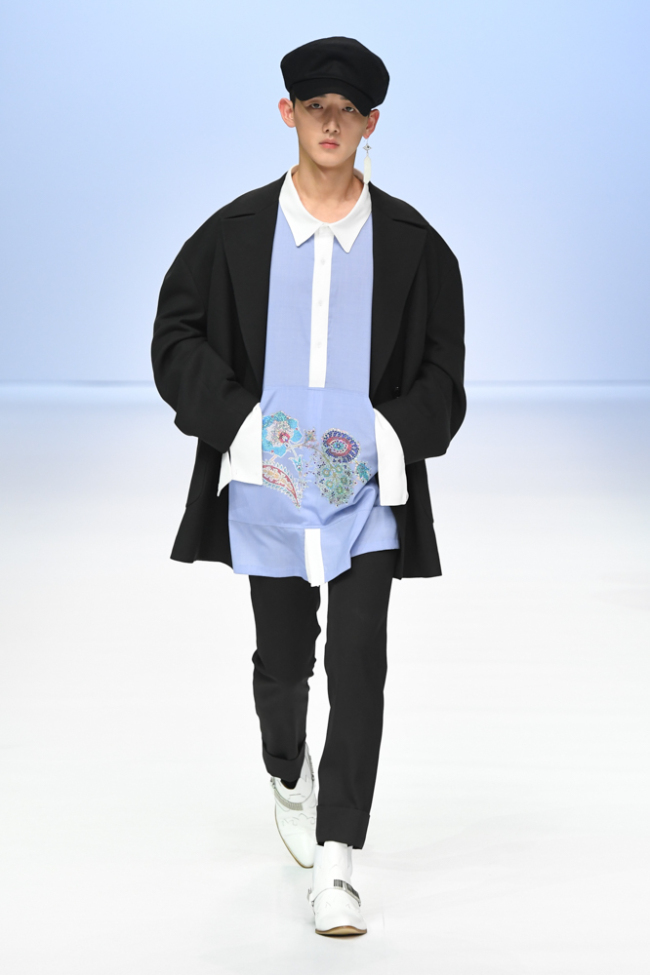 The designer was inspired by the trend toward more men learning to cook. In this collection, Chang reinterpreted images of chefs, citing the similarities and differences between a chef and a fashion designer.

Apron-detailed creations with artful patchworks and prints typically found on plates were shown. 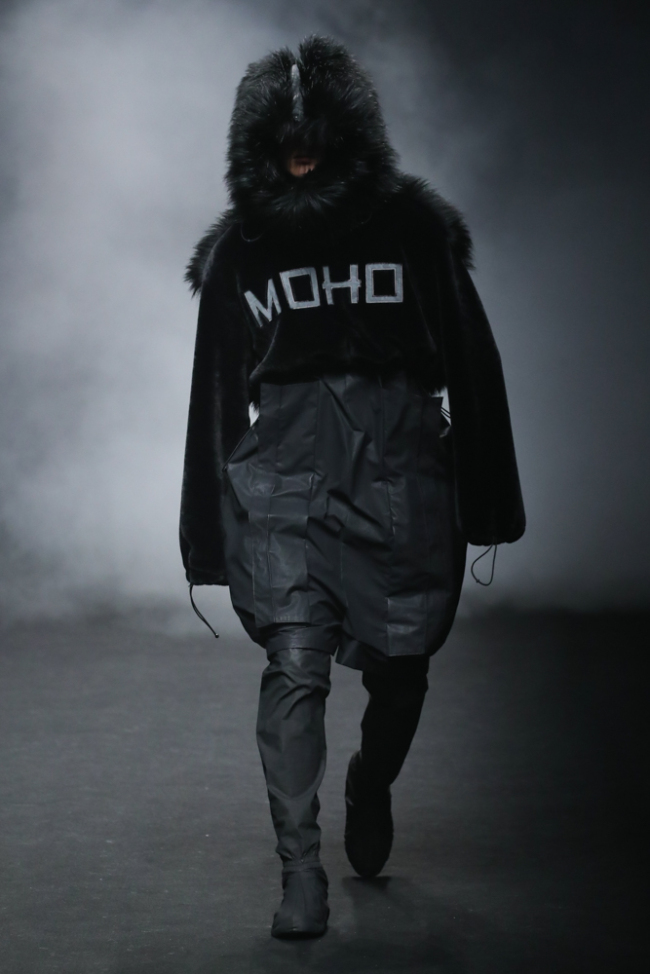 Lee said humans have colonized the earth and have stolen animals’ fur and skins for their beauty. In his F/W collection, he criticized the use of animals by humans, questioning where the line is between beauty and cruelty.

Through his creations, Lee showed how animals protect themselves with their skin and fur. A faux-fur hoodie represented a lion’s mane, a faux-leather garment showed how snakes slough off their skin, and a jacket made of cable ties suggested the spines of a hedgehog. Shimmering fabrics represented reptiles’ protective skin. 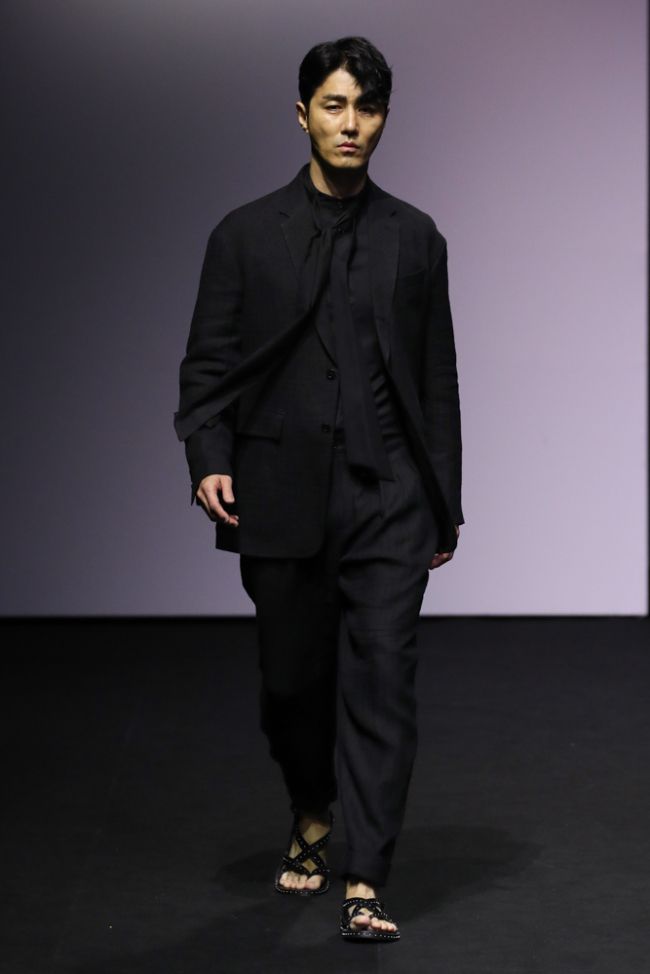 The collection, as always, kicked off with models donning creations in black -- the brand’s iconic color. This was followed by colorful shades: red, mint-green, yellow and more. 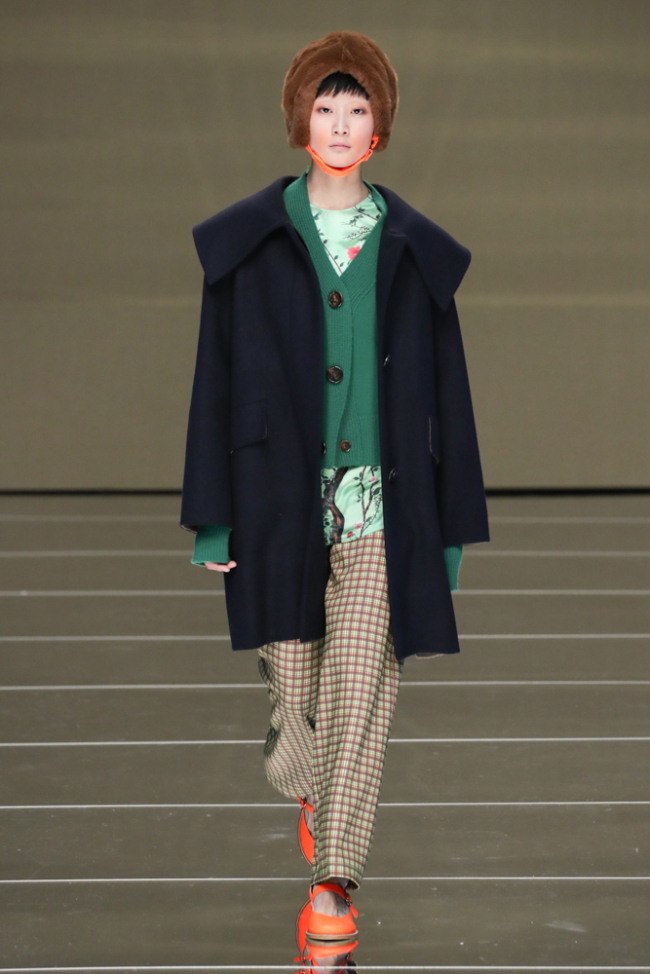 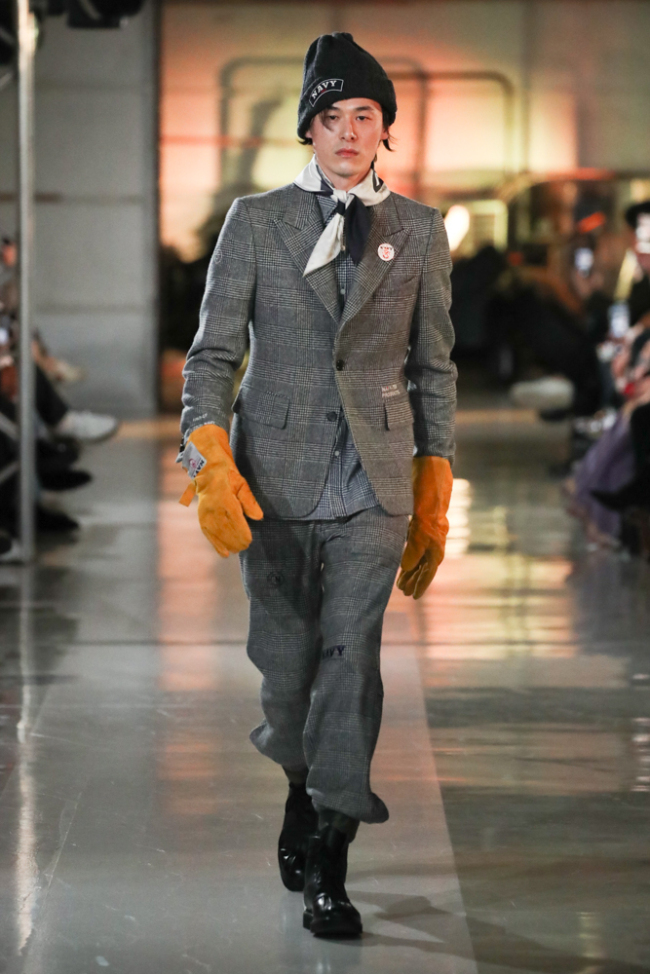 (Seoul Design Foundation)
Beyond Closet’s F/W collection was a preview for Navy, a new label that will be launched by designer Ko Tae-yong within this year.

Ko was inspired by the way that navy functions as a basic, classic color in the fashion world.

Striped T-shirts, sunglasses and pea coats added a maritime feel to the collection.

Ko’s sense of humor came through in casualwear bearing the image of the Cookie Monster from “Sesame Street.”


The Seoul Design Foundation supports young designers with one to five years of experience, allowing them to stage fashion shows via Generation Next. Here are two rookie brands to look out for.

Designer Cho Min-woo chose “boys in puberty” as his collection’s theme, celebrating the rebellious, immature spirit of boys in their youth.

Inspired by how youngsters create new looks by adding new details to their clothes, the designer combined different fabrics to create a sporty look.

Designer Jang Yoon-kyung’s collection had a patriotic air, celebrating the 100th anniversary of the March 1 Movement of 1919.

The collection featured the rose of Sharon, the national flower of Korea, paying respect to the country’s patriotic martyrs.

Dresses and skirts featured slits inspired by the five petals of a rose of Sharon, and garments featured wide hoods recalling the flower.

For his first-ever collection, designer Park Seong-il stuck to what he was good at: silk.

The silk shirts had a natural flow to them and also matched well with casualwear.

One of the looks -- a silk shirt matched with an oversized trench coat -- was inspired by the 1986 Hong Kong film “A Better Tomorrow.”