The company said the Galaxy 5G model will be available at Samsung outlets and its online mall as well as at shops of mobile carriers in Korea. 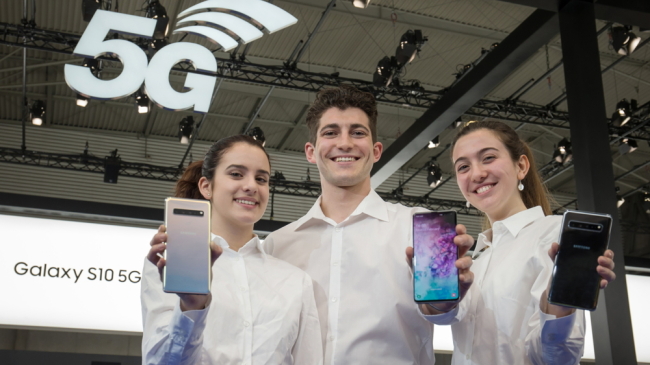 Models introduce Galaxy S10 5G at the MWC 2019 in February.
The South Korean tech firm said it will not be taking preorders for the 5G model. Instead, it will run a promotional event that offers either the wireless earphone Galaxy Buds, the wireless charger package or a 50 percent discount voucher for replacement of the screen from April 5 through April 16.

With its launch, Korea will be six days ahead of the United States’ 5G commercialization scheduled by Verizon for April 11.