[ The Korea Herald – Send E-mail ]
Musical ‘Grease’ takes over catwalk at Fashion Kode with ’50s mood
By Im Eun-byel
Published : Mar 15, 2019 - 17:26
Updated : Mar 15, 2019 - 17:26
Catwalks are usually graced by cold-faced models striding down the runway, but a new kind of fashion show took place Thursday -- and this time, the models were all about entertaining the audience.

On Thursday the Korea Creative Content Agency, a state-funded institute that promotes and supports the country’s popular culture, kicked off Fashion Kode 2019 F/W, a three-day fashion festival at S-Factory in the Seongsu-dong neighborhood in eastern Seoul.

The slogan was “Break the Rules - New Collaboration,” and the theme was the world-famous musical “Grease.” Six local fashion brands presented new creations with a 1950s mood, reinterpreting characters from the ever-popular musical. 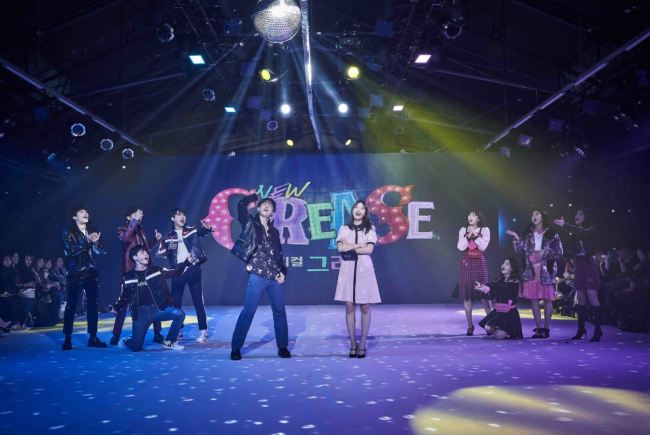 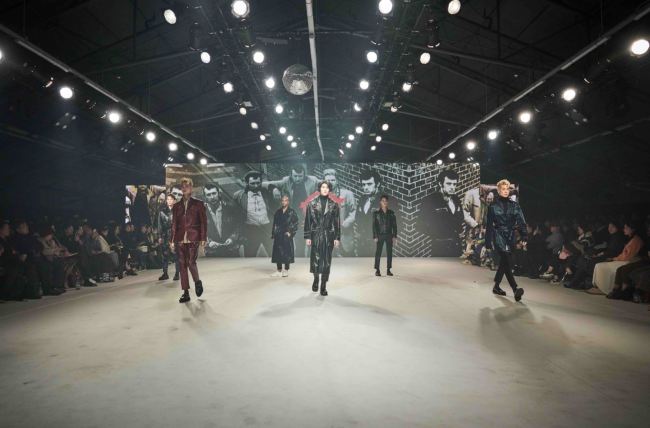 (The Korea Creative Content Agency)
For example, one of the creations was a patent-leather jacket embroidered with “1972 Original,” referring to the year the hit musical “Grease” made its first Broadway run. The collection also featured a series of wide-pleated skirts and puffy-sleeved blouses.

On the first day of the festival, a fashion show took place to showcase the new creations. Unlike conventional fashion shows, this one took the form of a musical, with the models re-enacting scenes from “Grease.”

K-pop incarnations of the T-Birds and the Pink Ladies graced the runway as models, then turned the runway into a musical stage where they sang and danced in an unforgettable rendition of the show’s most famous number, “Summer Nights.”

A musical gala concert will wrap the festival up on Saturday with the participation of six popular musical actors, who will don creations from local brands as they perform numbers from the iconic show.