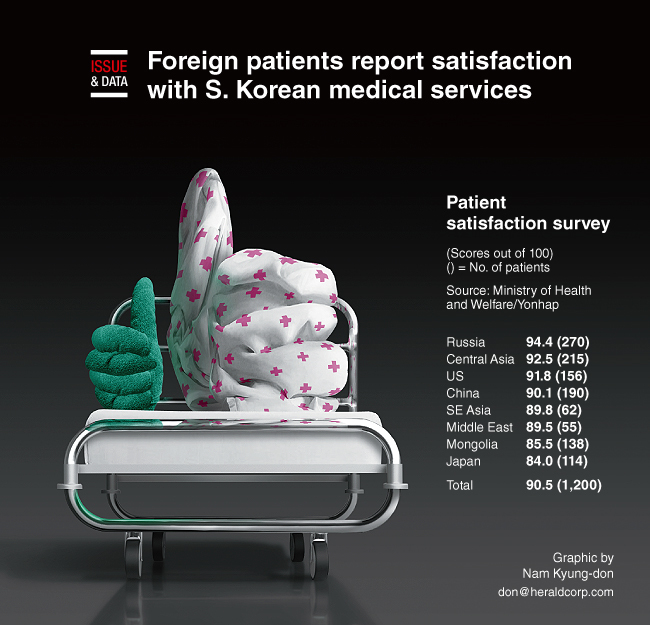 Foreigners visiting South Korea for medical treatment are largely satisfied with the services they receive, a poll showed.

Foreign patients gave an average rating of 90.5 out of 100 for the level of care they received in 2018, with numbers generally climbing over the years, according to the Ministry of Health and Welfare.

Patients from Russia gave the Korean health care industry the highest rating at 94.4, followed by those from the United States at 91.8 and those from China at 90.1, the latest findings showed.

Patients spent an average of $14,029 in the country during their stay, with those from the Middle East spending the most, $44,169 on average, the survey showed.